Let's talk about Boeing737 MAX and Automation
The debate is whether highly skilled pilots could have successfully overcome the recent 737 MAX computer deficiencies. Will this question eventually be relevant to harbor pilot skills? You could say that the answer will depend on whether the capabilities of autonomous ships will eventually exceed the skills of their pilots. But now we’re getting into unproductive “apples-to-oranges” comparisons because computerized inputs are automated while pilotage skills are intuitive.

Several marine pilots have submitted articles on automation to the Shiphandling Professionals Group at Linked-In. My impression is that automation dependency is a greater problem in aviation than in the harbor pilotage business. The question is how best to keep it from becoming a problem in our profession. Input from various harbor pilots documenting their experiences and opinions creates a valuable foundation for such a discussion.

In the Air
In aviation, a remedy for “loss of feel” is for pilots to hand-fly the approach and landing. The reported problem is that some pilots, unaccustomed to hand-flying, let the computer do most of the work leaving their skill level absent of improvement.

On the water
For harbor pilots, the corresponding remedy has been to make the approach and docking with minimal usage of thrusters or assist tugs. You could say this is an antidote to the “loss of feel” problem. However, the negative effect of decreasing speed on control can influence earlier usage of tugs and/or thrusters than might be necessary and dilute the value of the remedy.
At the time of my retirement from SW Alaska Pilots some 14 years ago, close-quarters maneuvering was performed mostly in a “hands on” manner. Computer inputs, when available, were used mainly as cross-checks rather than for primary decision making. My impression was that automation in its various forms could decrease my “feel” for what the ship was trying to tell me.

The risk of automation
While different pilotage grounds require different skill sets, ships will tend to send similar signals to their pilots. Being able to interpret those signals and apply proper corrective action in a timely manner is the result of practice and experience. The risk of automation is that it tends to filter out the signals.

About me and the Southwest Alaska Pilots Association
Those of us in my generation of pilots in SW Alaska were fortunate in that SW Alaska Pilots Association was only 3 years old at the time I joined and we were able to build the organization from scratch. We covered an area of thousands of miles of coastline where, with the exception of a few ports, assist tugs were unavailable. 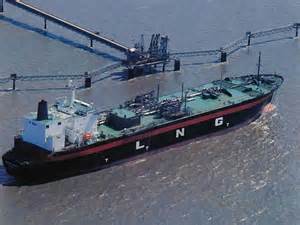 The “Polar Eagle” and “Arco Sag River” photos were typical of the unassisted “anchor dredging” approaches we all “cut our teeth on”. These were the type of situations mentioned in my article where the pilot learned to feel what signals the ship was giving. The Polar Eagle docking might have been a bit wide at the time the photo was taken although by judicious use of the ship’s engine and rudder to work against the anchor, it was possible to “side-slip” across the current for a soft landing close to position. Docking at Drift River with tankers similar to Arco Sag River was trickier because the current ran parallel to the south catwalk (about 20 degrees off the dock heading). The typical procedure involved making a range out of two of the platform pilings then keeping that range constant as the current rotated the ship into the current while bleeding off speed. Somewhere between the bow passing the south dolphin of the catwalk and the south corner of the platform the pilot would order enough port rudder to start the stern swinging up into the current while rotating the ship about 2 – 3 feet off the south fender knuckle. If all went well, the ship would round up on the dock heading using the anchor as a shock absorber to lay the ship alongside the fenders where the friction acted as brake pads to ease the ship into position. When ice was present, as shown in the photo, the game ratcheted up a notch or two. Following this maneuver, a good cup of hot coffee took on a different meaning. 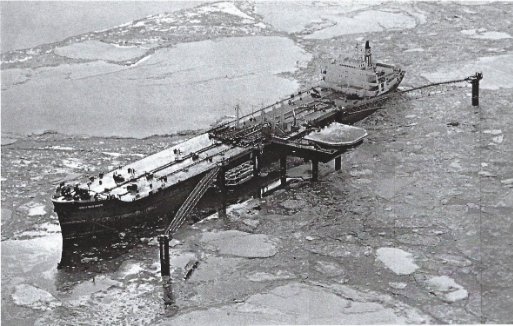 Photo by Jim Wright: Arco Sage at Drift River
Profile of the Southwest Alaska Pilots Association
Editor's note:
Opinion pieces reflect the personal opinion of individual authors. They do not allow any conclusions to be drawn about a prevailing opinion in the respective editorial department. Opinions are usually deliberately formulated in a pronounced or even explicit tone and may contain biased arguments. They are intended to polarise and stimulate discussion. In this, they deliberately differ from factual articles you typically find on this platform, written to present facts and opinions in as balanced a manner as possible.
What's your opinion on this?
Be the first to comment...
Login or register to view comments and join the discussion!
Read more...

An overview of the work that has been done to enable larger ships to call at Lyttelton, New Zealand.

This vlog is all about a Marine pilot who performs his duty religiously in such pandemic outbreak.
So do watch it’s interesting.

L/S of almost submerged wreck of a Mersey pilot boat in which 22 men died during storm that wrecked her. M/S of wrecked lifeboat from pilot boat lying on beach.
FILM ID:1029.07

This book investigates the science behind each component of manoeuvring a ship in confined waters, especially in port limits and the art to master it. Based on practical observations and analysis of each major and minor aspect of the manoeuvring of different types of vessels in different types of situations, this book put all relevant knowledge together for the reference of all concerned with pilotage and ship handling.

Weatherdock demonstrates how easy the AIS MOB easyONE could be fittetd into your given automatic lifejacket and how the emergency transmitter is triggered automatically in case of emergency.

Editors note:
"The pilot's greatest enemy is often the pilot himself: Please do not carry a backpack together with your life jacket! The backpack can massively hinder the deployment and the effect of the lifejacket!"

Article Qastor 3 is now available - win a one year licence!
238