Marine pilot Indrek Sülla (Eesti Loots) spotted dolphins in the waters of Kopli Bay, off the coast of Tallinn, a few days ago. This is a very special event in this region and so far north.

Sülla said that he departed from Vene-Balti Port around 11 a.m. for his usual work.

"We had already left the port and turned on Kopli Lines toward the sea," he recalled. "A boat that follows the pilot was traveling alongside us, when suddenly I look ahead of the boat — two big fins appeared to be gliding along the surface of the water. And then, oh wow, two or three more times — these big creatures appeared. I realized right away that they were dolphins."

According to Sülla, this was quite the delightful surprise for him. "The water has apparently gotten cleaner and warmer in Kopli Bay," he said. "And then twice they even swam under our bow as well."

He said that the dolphins were about two meters in long, with gray backs.

"It was quite the surprising coincidence to see such a thing in my home port," the pilot said. "I know that there have been porpoises here, but there haven't been any dolphins."

On May 22, Finnish public broadcaster Yle reported that dolphins had been spotted in Southern Finland. 13-year-old Keeri Sjöblom caught a trio of bottlenose dolphins on video, first onshore, and then more closely from a boat. 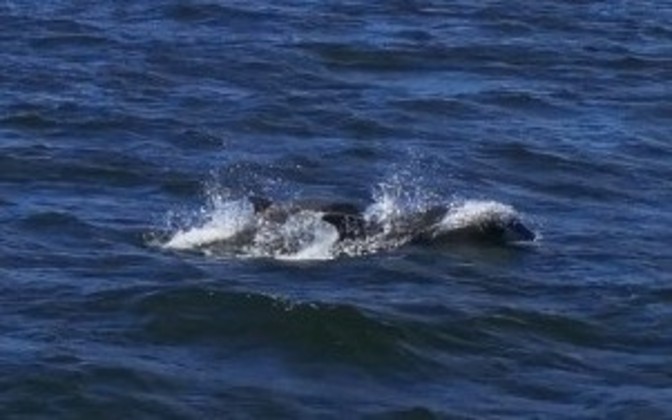 Estonian Pilot
What's your opinion on this?
Be the first to comment...
Login or register to view comments and join the discussion!
Read more...

In March the Slovenian Government has concluded a contract with the state-owned Kopp Izobraževanje company to provide maritime piloting services in the port of Koper as a public service. So far these services have been provided by private company Piloti Koper.

by Marine-Pilots.com - published on 4 September 2019

To better bundle all articles and messages about Marine / Maritime Pilots I would like to suggest the Hashtag #MARINEPILOTS. We can use it well here on LinkedIn, but also for other social media like Twitter.

Found on YouTube. Created by "goldenstrings". Recorded on 2020-11-29.
They finally completed cutting the 1st section (the bow) and transported it via barge to Brunswick Ga. The Golden Ray (a vehicle ship) capsized on 9/8/2019 and is being cut and dismantled to remove it from St Simons Channel, St Simons Island Ga. Thanks for watching and don't forget to subscribe for more videos.

Pilotage job at Tanger Med Port. Sailing of APL Lion City from Eurogate Terminal. She is lengthened to 398 m LOA , and increased her capacity to 17,300 TEU.

In my announced sequel, the second part of GPS, it is primarily about the technical and physical operational and functional limitations to which GPS is subject. These limitations, in part, have serious implications for the accuracy of GPS, and even go as far as limiting the functionality of GPS in its functions or even making it impossible. In doing so,

Video What is the impact of lateral resistance on a ship's turning circle??

This video explains the impact of lateral resistance on the turning circle of a vessel using animations. The video explains the term lateral resistance, shows an example of its impact on the turning circle and its associated aspects (advance, transfer, tactical diameter and drift angle).
Contents of this video will benefit mariners preparing for exams (written and oral examinations).

During high wind conditions it is sometimes required to transfer pilots from the Pilot Station Vessels to incoming ships. In this case the NHV Dauphin Helicopter came to collect a pilot an d luggage form the PROCYON at Maascenter pilot station.

Opinion A Corrected Version on Positioning of Pivot Point
112