Text and pictures by Safehaven Marine

Safehaven Marine have launched a new Interceptor 48 pilot boat ‘Pilot 1’ for the Gdynia Pilots in
Poland. This is Safehaven’s 44th Pilot vessel delivered to ports worldwide. Safehavens Pilot 48 has
proved to be a superb sea boat performing admirably in pilotage operations with all owners extolling
its virtues of seakeeping, strength and stability.

‘Pilot 1’ is powered by a pair of Volvo D13 engines and has a 24.5kts operational speed. She has been
specially fitted out for cold climate operations, as the Northern Baltic ports of Poland can experience
quite extreme sub-zero temperatures in winter. As such her hull has been strengthened at the
waterline with Kevlar to allow her to operate in light icing conditions. She incorporates a diesel fired
heating system which supply’s hot water to her external railings to prevent icing, as well as to all
internal compartment’s which are fully insulated and incorporates heated windows and engine block
heaters. 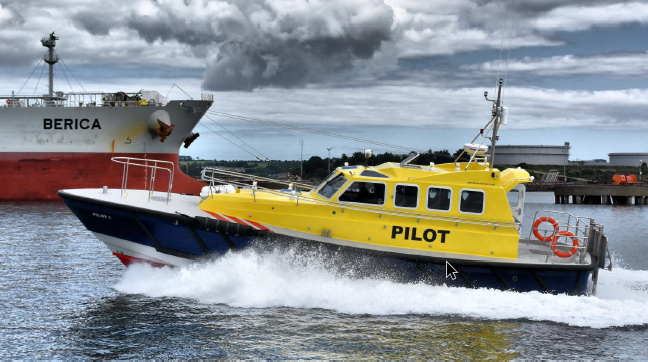 As at times part of her duties means her crew may have to remain aboard for extended periods she
has full live aboard facilities in her forward cabin, as well as being fully climate controlled with 220v
AC air conditioning. She accommodates 7 pilots and crew comfortably in her main cabin which
features a central helm position providing excellent visibility and control of the craft during boarding
operations and incorporates Safehaven’s proven sacrificial boarding impact fender and MOB
recovery system on her transom. She is due to be delivered to Gdynia later this month as soon as
Covid-19 travel restrictions are lifted. 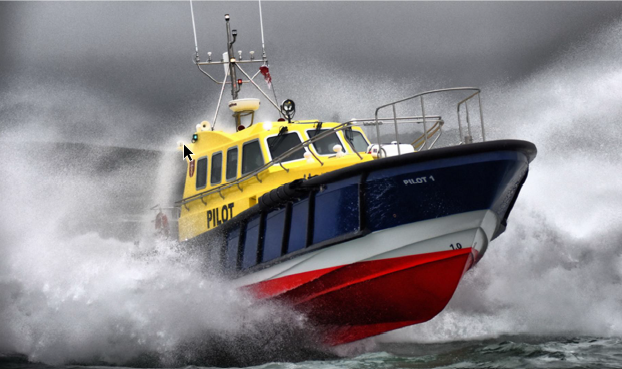 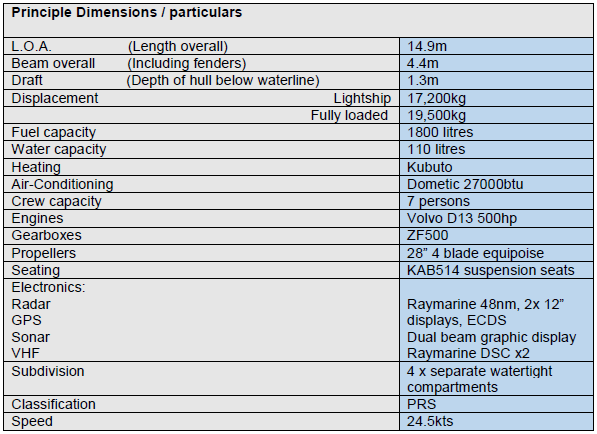 Safehaven currently have pilot boats in construction for Coruna in Spain, Montevideo in Uruguay
and Tangier, Morocco as well as a Search and Rescue Interceptor 48 SAR for the Faroe Islands
Rescue Service. A video of Pilot 1’s sea trials off Cork Harbour in Ireland can be seen on the right.
Safehaven Marine
What's your opinion on this?
Be the first to comment...
Login or register to view comments and join the discussion!
Read more...

Here’s a cool video of the latest Interceptor 48 pilot boat we’ve launched for the Gdynia Pilots in Poland. We captured some nice alongside ship footage during the sea trials and had a chance to test out our new drone ‘catch net’ on Thunder Child.

Cromarty Firth Port Authority (CFPA) is seeking a contractor to build and deliver a new pilot vessel as part of a major project to upgrade its fleet of vessels. The contract for the work is currently being put out to tender and interested parties are encouraged to apply before the deadline of 8 May, 17.00.

The "Sea Bear", (ex "Narrows") was built in 1959 in Massachusetts for use as a pilot boat in New York. Ed Montgomery, at Sea Service, LLC, bought her and brought her to the Twin Ports in September, 2002.

Article Progress on the Autonomous Project “The AUTOPLAN” by UZMAR

This video explains the IMO resolution on the provision and display of maneuvering information on board ships, particularly the pilot card, wheelhouse poster and maneuvering booklet. the layout and contents of each are explained as well.
Contents of this video will benefit mariners preparing for exams (written and oral examinations).
Mariners will also benefit by watching the following videos:

Opinion A Corrected Version on Positioning of Pivot Point
112