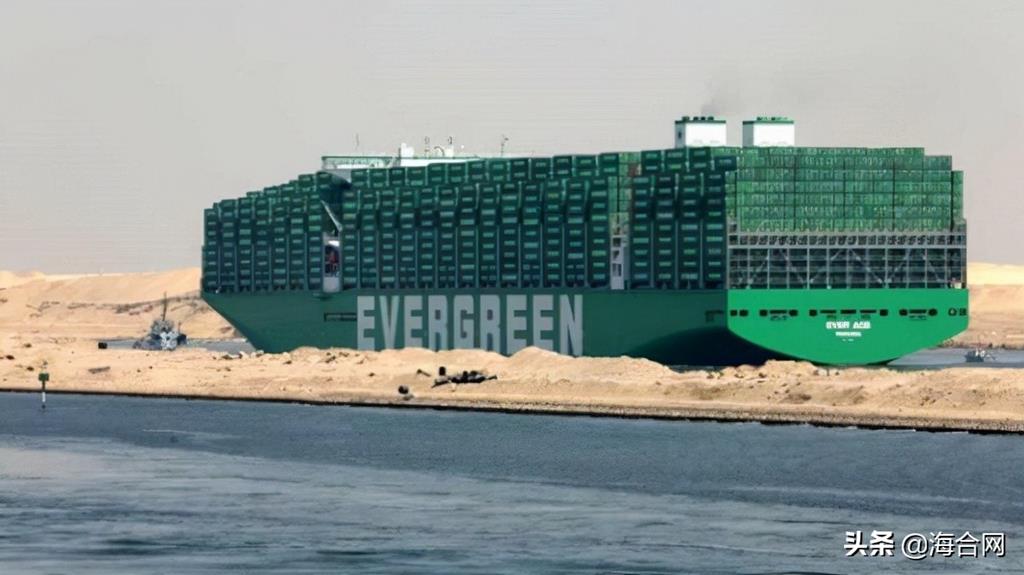 Evergreen's "Ever Ace" completed the northbound transhipment on Saturday. The ship's rated capacity is 23,992 TEU, which is the largest among all container ships, and is approximately 30 TEU more than HMM's "Algeciras" and its sister ships. The new "Ever Ace" is the same length as the "Ever Given" and HMM, which are 1312 feet. However, the new girder is 202 feet long, 5 feet wider than the "Ever Given" and 2 feet wider than the HMM ship.

According to its agreement with large ships, SCA sent a chief pilot to command the ship, especially during its maiden voyage. In addition, a team of senior pilots and a tugboat were sent to provide additional piloting support. At the same time, the Transportation Bureau and the pilot station monitored the real-time dynamics of the "Ever Ace" during the transit.

SCA Director Rabie took this opportunity to emphasize the cooperation between SCA and Evergreen Group. This spring, the canal authorities and Evergreen had a protracted dispute over the "Ever Given", which was detained until a compensation agreement was reached. SCA initially filed a compensation claim of approximately US$900 million from the shipowner Shoei Kisen, but later reduced it to US$550 million and paid in installments.

The captain of the "Ever Ace" thanked SCA for cooperating with the pilot to ensure the safe passage of the ship. At that time, the "Ever Ace" will arrive in Rotterdam for the first time on September 4. This is the first of 12 A-class ships that Evergreen is building.

On Saturday, in the same northbound escort, SCA created another "first time". The largest floating civilian hospital ship "Global Mercy" made its first crossing and sailed to Malta for delivery. The ship was built in China and was recently delivered to Stena RoRo. The company plans to complete the equipment configuration and crew training before the first mission of the "Global Mercy" in 2022.

Original Article by iNews
What's your opinion on this?
Login or register to write comments and join the discussion!
Read more...

Video How Ship Anchor Works? - Procedure For Anchoring a Ship at Sea

#Anchor #shipanchor #windlass Anchoring is one of the very frequent operations onboard ships. A number of variables and external factors influence the duration and location of an anchoring operation. While the type of seabed is of utmost importance during anchoring, soft muddy grounds or clay bottoms are best preferred. It should be taken care that the anchoring bottom is free of power lines, submarine cables, pipelines or rocks. Various methods on anchoring include consideration of...

The Budget is 120.000 Euro. Please send your offers and questions to marketplace@marine-pilot.com

Video Vessel "ELSE" crashes into closed lock gate in Kiel-Holtenau on 29.08.2020

Shortly after 5 a.m. local time the vessel “Else” had a collision in the Kiel-Holtenau lock to the Kiel Canal.
The "Else" subject to pilotage passed the pilot's boarding position without taking a sea pilot on board and collided from the outside into the closed gate of the new north lock. The bow bored into the metal construction and the ship was stuck for about six hours.
For more information about this accident see related content below (articles).

Video A P&I perspective on incidents during pilot passage

November 2022 | Manila, Philippines CREWCONNECT GLOBAL CONFERENCE At the Heart of Global Crewing. At the Heart of the Debate. The industry's most relevant event, connecting the global crewing community to inform and inspire change in recruitment & retention, training & safety at sea, and mental health & well-being. Learn more: https://informaconnect.com/crew-connect-global/

In this video you can see the modern port service provided by the port. They have big LNG Powered Tug, modern pilot boat, nicely laid out berth, and experienced/competent pilot.