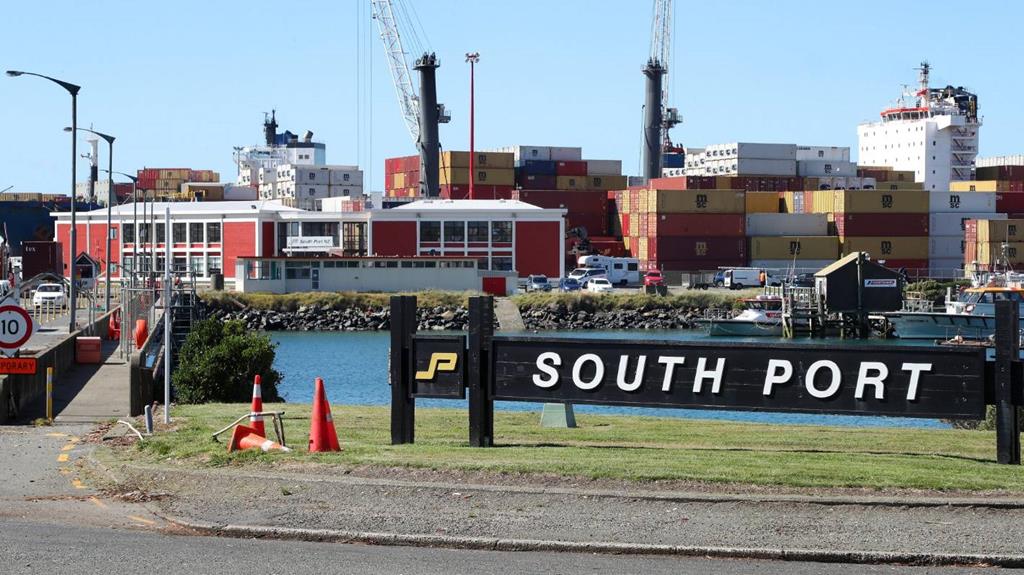 South Port in Bluff has accepted the Transport Accident Investigation Commission's recommendation and reviewed its systems.

South Port’s reviewed its pilot training and proficiency requirements after a ship ran aground in Bluff Harbor and the ship and two tugs suffered minor damage, a report by the Transport Accident Investigation Commission said.

The report released on Thursday said the bulk carrier Alam Seri arrived in Bluff Harbor on November 28, 2018 in strong southeast winds led by a port pilot.

The strength of the wind caused the ship to easily deviate from course, the report said.

During a port turn, the pilot made successive steering commands and ordered the engine speed to be reduced to slow ahead.

To make steering easier, the pilot then ordered the engine speed to be increased to half the speed ahead and requested early help from two harbor tugs.

Concerned about the depth of the water, the pilot ordered full engine speed and requested the crew to deploy both anchors, but both could not deploy in time and the ship came into contact with the seabed at times.

The ship was brought under control with stern engine power and with the help of the two tugs.

Both tugs were also slightly damaged, but there were no injuries.

The report concludes that the delayed deployment of the anchors likely resulted in the ship not stopping as quickly as possible and hitting the seabed.

“The ship’s bridge team (crew and pilot working together) had no common understanding of how slower engine speed and relative wind speed and direction would affect the ship’s steering,” the report said.

“The bridge team was less aware of the situation than it could have been, especially when trying to get back on course after the ship hit the ocean floor. This was due to the fact that no electronic map display and information system was installed on the bridge and in this case the controller did not use a portable pilot unit. “

The Commission recommended that South Port ensure that its safety management system develops measures to ensure that the pilot’s training and proficiency requirements under the South Port Pilot and Tugmaster Training Manual are met in accordance with the requirements of the Maritime Rules.

The report states that South Port accepted the recommendation and reviewed its systems.

“All training requirements are now recorded and managed in the company’s own training management system” The Vault “. This system contains all of the training required in the approved pilot and tugmaster training manual, including the pilots’ annual internal control reviews and the requirement for a four-year external assessment. “

An experienced pilot or appraiser will be hired to conduct the four-year Bluff assessments for all licensed pilots, says South Port.
Orginal Article by Newsbeezer
What's your opinion on this?
Login or register to write comments and join the discussion!
Read more...

Goodchild Marine won the order to manufacture and deliver the vessel in 2023 to increase Briggs Marine’s fleet to six ORC-class pilot boats.

by NTSB National Transportation Safety Board - published on 5 November 2021

The National Transportation Safety Board issued Marine Accident Brief 21/21 Thursday for its investigation​ of the Jan. 14, 2020, fatal collision of the tanker Bow Fortune and commercial fishing vessel Pappy’s Pride near Galveston, Texas.

by Baird Maritime - published on 13 September 2022

Trelleborg Marine and Infrastructure has supplied its advanced navigation and piloting solutions for pilotage applications to facilitate the safe and efficient berthing of vessels and to increase safety of larger vessels at Peel Ports Group.

Video Crazy Pilot Boarding when the vessel is rolling heavy

What a dangerous situation. Never seen that before.