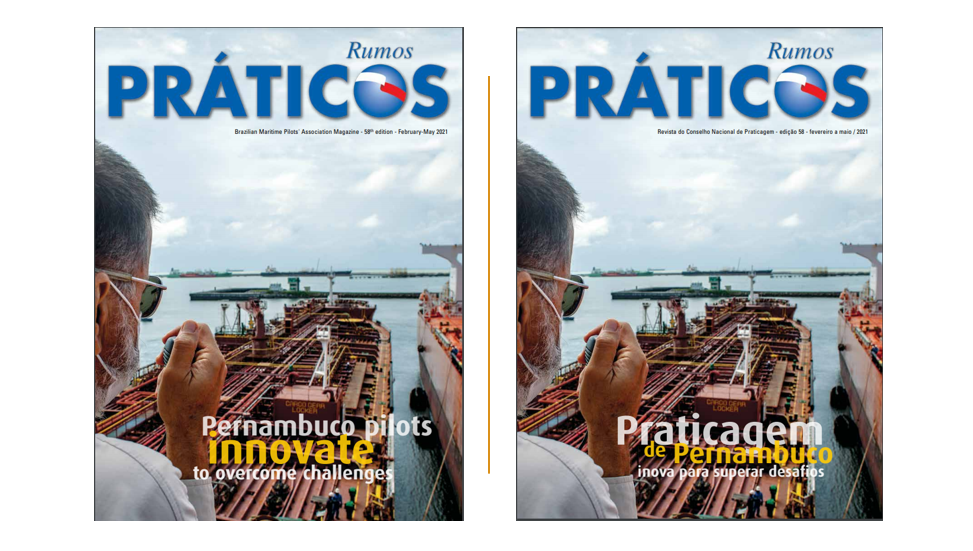 The following pages also include an interview with the maritime judge, Vice-Admiral Wilson Pereira de Lima Filho, president of the Admiralty Court, who says that the collegiate made up of another six judges had to adapt, as other sectors had to also, to continue judging shipping accidents and facts during the pandemic. Topics such as safe pilot boarding and disembarking; quality of pilotage service and scale of a single circuit; civil liability and autonomous ships were evaluated by the president.

The matter of autonomous ships is also addressed in an article signed by professor Eduardo Tannuri and pilot Helio Sinohara. They analyze the technologies that need to be implemented or adapted in the ports so that these vessels can be safely received and how essential the role of pilotage is in that process. The authors presented the extended work in January at the World of Shipping Portugal conference.

The technologies, such important allies to pilotage in the search of enhancement, are also essential for pilots in São Francisco do Sul (Santa Catarina state) to confront different training scenarios. A ship maneuvering simulator has been installed there since December that allows the pilots to train regularly in order to address the challenges in Pilot Station 18.

These advanced technologies were unimaginable in 1637, when Pedro Teixeira, explorer of the Amazon, began a journey up the Amazon River that lasted two years, breaching the boundaries of the Treaty of Tordesillas. Today, almost 400 years later, Rumos Práticos tells the story of journalist Olimpio Guarany who, with a small crew, decided to repeat the route, sailing a yacht around 5,500 miles to Quito, capital of Ecuador. The purpose of the expedition is to produce a documentary comparing the two Amazons separated by time.

Also check out the winners of the First Photography Contest on Pilot Services held in March, on the Brazilian Pilotage Instagram.


Read Digital edition here
What's your opinion on this?
Login or register to write comments and join the discussion!
Read more...

Article Argentina: Pilot died of heart attack on board

Pilot died of heart attack on board of tanker JC BAZAN, berthed in San Lorenzo, Argentina, Parana river, on Mar 2.

Safehaven Marine are delighted to have signed contracts with P&O Maritime for an Interceptor 48 pilot boat.

Video Batangas Harbor Pilot on call - From home to work

From home to work.