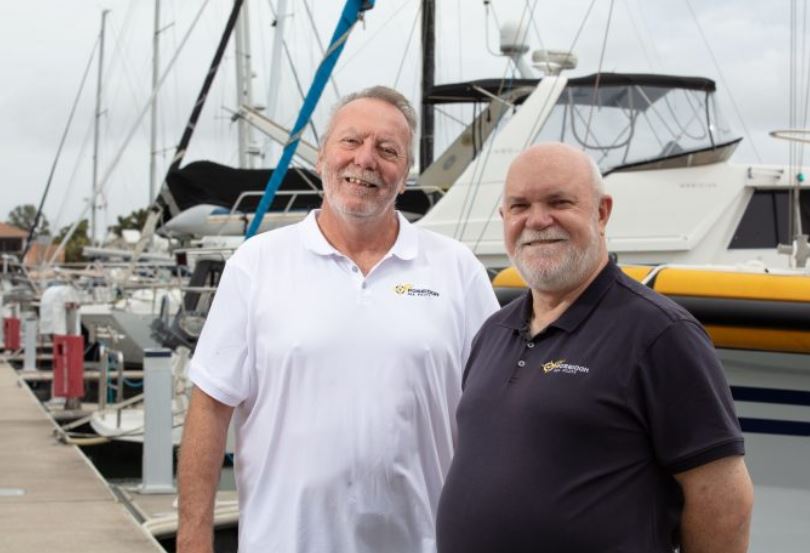 A progressive sea pilots service will be stationed on the Sunshine Coast, as part of its multimillion-dollar expansion.

Poseidon Sea Pilots, which will start operating in the Port of Brisbane in January, will be based at Mooloolaba, Redcliffe and Brisbane.

Newly-built pilot boats, launch crews and pilots will be positioned there.

Poseidon Sea Pilots General Manager and captain Rob Buck said the expansion was essential to the operational requirements of the Brisbane Pilotage Area.

He said PSP was ready to grow its workforce and assets.

“Poseidon’s Sunshine Coast operation is expected to inject more than $5 million into the region in the next two years.”

A Mooloolaba pilot boat in wild conditions off Point Cartwright. Picture: Peter Hall.
“Poseidon Sea Pilots has made a 10-year commitment with our leases, and we look forward to cementing ourselves in the local maritime community.”

“The crew and staff to be based at these facilities are all local and, along with our pilots, we’re providing over 40 jobs that will have flow-on effects to the local economy as we draw on local support industries such as fuel suppliers, chandlery, marine engineering, hospitality and other support services.”

Two office areas have been leased –at the Scarborough and Mooloolaba Marinas, plus parking – with these functioning as communications and operational centres for pilotage and support.

The 17m berths at the Mooloolaba Marina will be home to two new $2.5 million state-of-the-art pilot boats, which will be delivered in December and March.

Mooloolaba will be the main mobilisation centre for crew, operating around-the-clock.

Chair of Australian Maritime Systems Group John Sugarman and GM of Poseidon, captain Robert Buck.
A third pilot boat will be stationed at Scarborough and a fourth pilot boat at the Port of Brisbane.

In a first for Scarborough Marina, the tenancy will give Poseidon Sea Pilots direct access to Deception Bay cutting down the time it takes for the marine pilots to reach shipping channels and board vessels.

The Mooloolaba, Scarborough and Brisbane facilities will allow pilots to be swiftly and easily transferred to ships in Moreton Bay.

Poseidon Sea Pilots
What's your opinion on this?
Login or register to write comments and join the discussion!
Read more...

Article 4th Customer Day at NAUTITEC: A Day Full Of Inspirational Speeches And Lectures With The Opportunity To Network

More than 90 guests from the european maritime cluster attended the 4th NAUTITEC Customer Day in Leer on 2nd June 2022, which was hosted by NAUTITEC and supported by the partners of the maritime campus, Faculty of maritime science Sciences Emden/Leer.