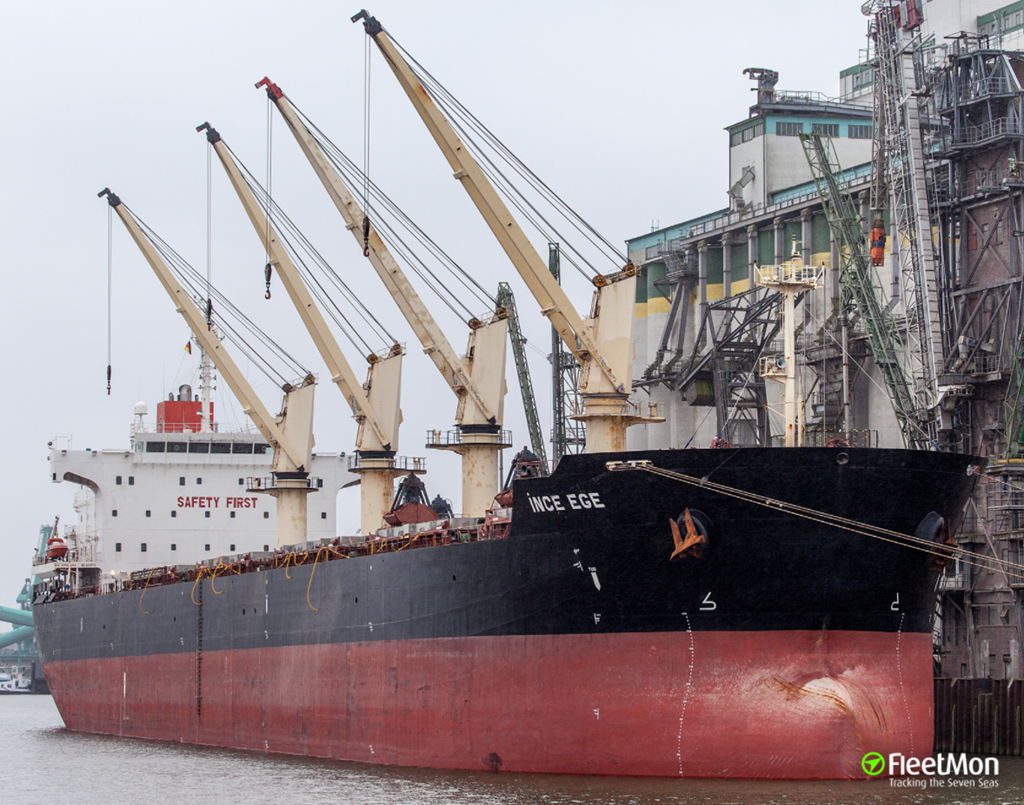 Text and photo by Fleetmon (link to original article)

Chief officer of bulk carrier İNCE EGE fell into water from pilot ladder while trying to read draft marks at Taman port, Russia, Black sea, understood early in the morning Feb 4, at nigh time. He was rescued 45 minutes later, but neither crew, no port paramedic, who was transported by tug, were able to resuscitate him, he, unfortunately, died. Understood the main cause of his death was hypothermia.

Grounding container vessel Shahraz and MV Samudra Sakti in Singapore Strait May 10 2020
What happened?
MV "Shahraz" and MV "Samudra Sakti I" had run aground to the shallow Batu Berhanti in the Indonesian territorial waters within 6 minutes, which is surveyed with minimum water depths of 8.3 m in the northern part and up to 0.5 m in the southern part . It is located south of TSS Singapore Strait’s eastbound traffic lane.
A chain of events which must be described as extra ordinary rarity....

Opinion What you can´t see still hurt you

This article was originally published on Baird Maritime (link below)
When a pilot is berthing a ship with the aid of tugs, it sometimes happens that the ship lands heavily and suffers minor damage. More commonly in my experience, it also happens that the crew discover a large dent for which they cannot account ...

Safehaven Marine have signed contracts with the Faroe Islands Rescue Service for an Interceptor 48
‘self-righting’ S.A.R. (Search and Rescue craft.) This is the second S.A.R. Interceptor 48 we have
supplied to the Faroe Islands following ‘Sverri’ in 2013, which has worked very well in the
challenging North Atlantic seas they face off the Islands, with her crew being totally confident with
her seakeeping abilities, performance and reliability during rescue operations over the last 7 years.

Opinion The Story behind the Puget Sound Pilots Maternity Policy
154

Article A review of the ship’s pivot point: Science, Maths and Observation’ Where is the centre of a ship’s rotation?
31