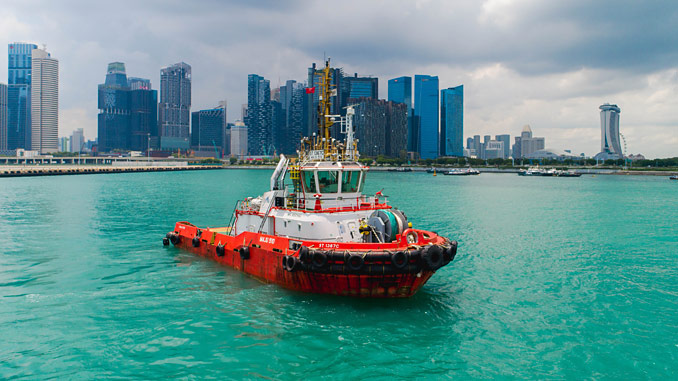 The Container Ship RDO Conception arriving in Prince Rupert after a 10 day voyage from Tokyo. Once in our harbor, she was eased into the container terminal with a little help from SAAM tug boats Orleans and Venta. Filmed using a DJI Mini 2 If you are interested in purchasing a Mini here is a link to my DJI affiliate program. https://click.dji.com/AFpMBjgnYfRjCViNU2HZ_g?pm=link All video footage is owned by Nortcoast Drone and it can be licensed as stock footage. We are certified in...

It's on the Tees, vessel is the Saltholme.

A monster wave of 30m was measured at 03:00 am by the Marine Institute M6 buoy located 200nm West of Ireland.

At sea, space technology is used to help save lives every day: managing traffic between ships, picking up migrants and refugees in distress or spotting oil spills. The European Space Agency is once again at the forefront developing new technologies and satellites: to keep us safe at sea and to monitor the environment. Space makes a difference here on Earth and certainly at sea where there is no infrastructure.
Recommendation by Marine-Pilots.com
AIS services are offered by, for example:

Ship spotting at Kobe and Nagoya Japan featuring some cargo ships & boats (Port code: JPNGO & JPUKB). By the way, if you are new to this Channel, and if you like airplanes, ships & vehicles, please do consider hitting the LIKE & SUBSCRIBE button, as well as the bell button so you'll get notified once I upload similar videos. Enjoy the video. Salamat at Mabuhay! Ship spotting South Korea: https://youtu.be/C1ktzbWNMKM Ship spotting Singapore: https://youtu.be/H_ettPmU5fU Pilot Boat of New...