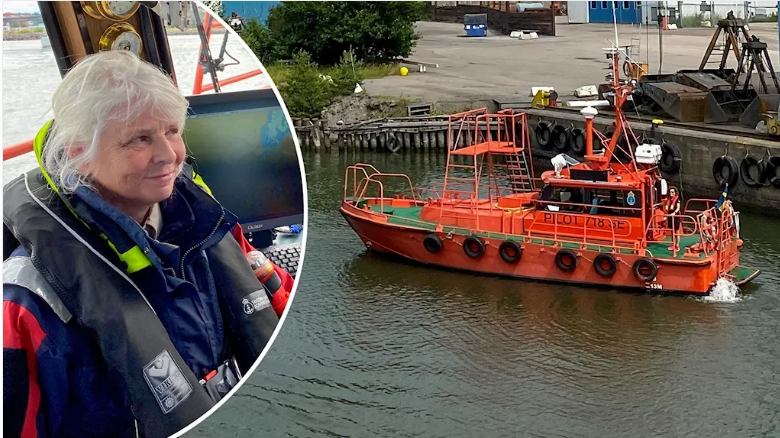 A shortage of maritime pilots, sailors that steer ships in difficult passages, is at times causing major delays for shipping on Sweden's inland lakes and waterways, such as Vänern, Mälaren and Göta Älv, Swedish Radio News reports.

When a ship needs piloting, the Swedish Maritime Administration can meet the request on time in 94 percent of cases nationally, but in the Vänern area, which includes the Göta Älv river, the corresponding figure was 79 percent last year and the same during the first quarter of this year.

Many maritime pilots are retiring at the moment and they are difficult to replace, Swedish Radio News reports.
Listen here

Captain - Marine pilot Kaan Tuncer Uzmar Pilot, Turkey
Many ports in need of a qualified and licenced pilots, still many of us struggling to get a job due to visa non-avialability.
1

Myoungsu Back South Korea
Let me training there! Any possibility for other than Swedish?
0
Read more...

Have a look inside Flinders Ports, the gateway of trade to South Australia. Pilotage operations have become much more complex, with more and larger ships coming in. With Pilot Control Flinders Ports streamline their pilotage operations – saving them time, raising operating efficiency and ensuring safety as changes can be managed at their fingertips. Visit our homepage: https://goo.gl/bWJr3i Follow Saab on Facebook: https://www.facebook.com/saabtechnologies/ Follow Saab on Twitter: https://...

This is how a ship Pilot boarding a vessel in calm seas.

Today, the MV GOLDEN BRILLIANT, a 225 m long bulk carrier came in at sunrise, underway to EMO terminal, Mississippihaven in Port of Rotterdam. We were assisted by two tugboats, the BUGSIER 12 and MULTRATUG 3. It was cold and very windy, but the Philippino crew dit an outstanding job! The only way to say goodbye these days is the much acclaimed “ Corona Handshake” to master and crew.

Dr James Fishwick, Head of Smart Sound Plymouth gives an introduction to Smart Sound Plymouth and explains how it can be accessed and the equipment available.
This is a recording of the webinar given on the 17th June and is the second in a programme of webinars organised by Plymouth City Council which showcases the thriving marine sector in Plymouth, UK.
You can view the full programme of webinars and register for them here:
https://www.eventbrite.co.uk/e/oceansgate-marine-technology-webinar-...

Video Harbor Pilots - They park big ships. This is how.

A harbor pilot has the difficult job of bringing ships into port. A candidate for Albay Yacht Club has invited me to document the process. I went with Jud, the harbor pilot.

Shiphandling discussion about meeting and overtaking situations in a close quarters situation where hydrodynamic effects will come into play between ships. The lecture continues and discusses Bank Effect.

Opinion What is a Tug's Bollard Pull and How İt is Calculated?
210