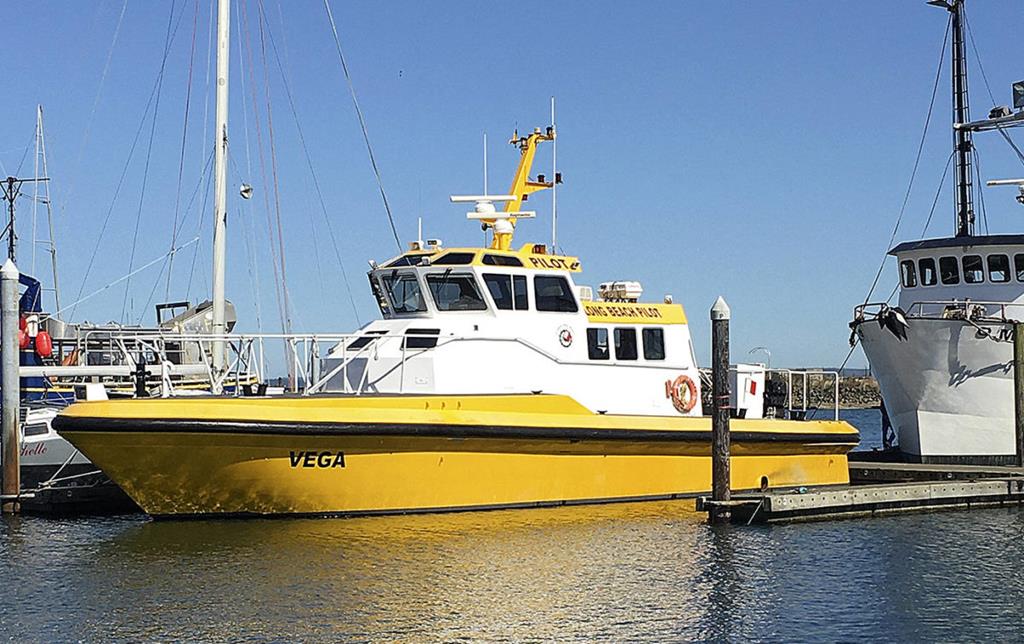 Text and and picture by "The daily world"
After years of looking, the Port of Grays Harbor has its new pilot boat, the Vega, to replace the 60-year-old Chehalis.

The search for a vessel that can handle the unique conditions on Grays Harbor took the Port’s team across the country and beyond.
“We started with the idea of looking at used boats just because of the cost,” said Port director of environmental and engineering services Randy Lewis. “We checked with other ports and pilot associations to see what they were running and what the costs were.”

The cost of a new custom built boat would have run $5 million to $8 million, “way beyond what we wanted to do,” said Lewis. He said the Port team began its due diligence, studying standard designs by manufacturers being used in the northeast, Alaska and areas in Canada that had “somewhat similar conditions” to those faced on Grays Harbor, and researching brokers to find the right fit at the right cost.

Then the Vega came available. The 17-year-old, 64-foot vessel, built by Hike Metal of Ontario, Canada, had what the Port was looking for, at a significantly lower cost, about $400,000. Lewis said even a used boat suitable for the task could have run $2 million to $3 million.
Read fully original article here
What's your opinion on this?
Login or register to write comments and join the discussion!
Read more...

I took a break from fixing a Chevrolet to spot Grays Harbor pilot boat Vega out in the harbor during sea trials after a top end rebuild on one of her mains. Impressive watching these guys messing around and confidently performing maneuvers. We now return to your regularly scheduled car content.

The Ministry of Transport can confirm that the pilot boat, St David, was involved in a crash with a reef off of the Northeast Breaker Beacon on Thursday, May 6th, 2021 at 6:48am.

Safehaven Marine have launched another new Pilot boat, there 20th Interceptor 48 and 46th pilot vessel overall for the River Plate pilots in Montevideo, Uruguay. ‘Belgrano’ named after the famous Argentine general, will operate on the River Plate estuary, also famous for being the place of the first naval battle during the second world war, where the German battle cruiser, the Admiral Graf Spee was scuttled.