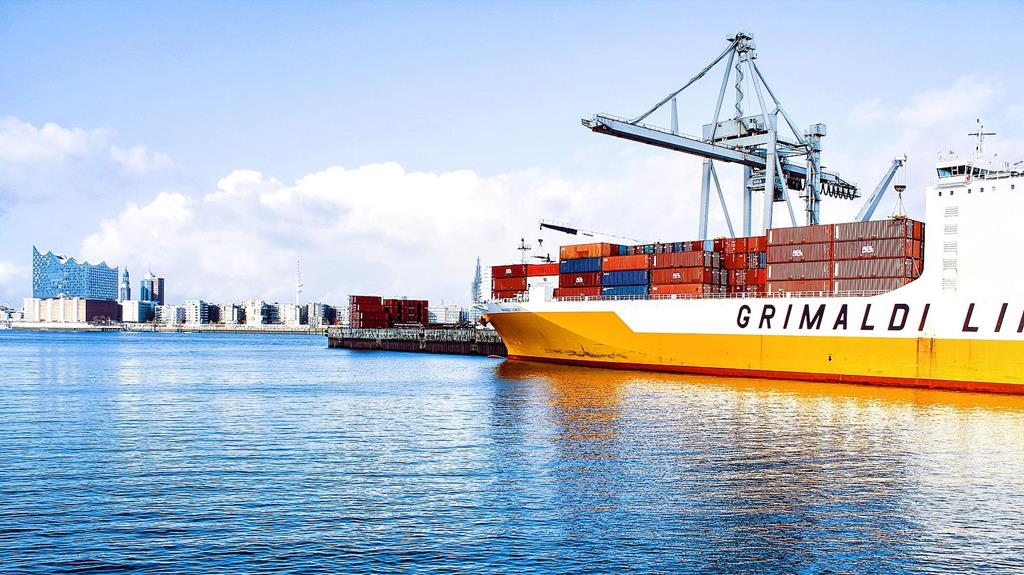 HOW LUXSPACE USES AIS MESSAGES TO MONITOR WORLDWIDE SHIPPING TRAFFIC
It is no secret that the Bremen-based aerospace company OHB likes to take to the skies with its technologies. However, what is perhaps less well known is that the Group is also well-versed in waterways. So it’s high time we shed some light on the darkness of the oceans and highlighted OHB subsidiary LuxSpace. This company is responsible for processing the AIS (Automatic Information System) signals emitted by ships all around the world. Satellites operated by partner company Orbcomm collect the AIS messages and relay them to the ground station and then to LuxSpace, which sends them to its customers.

The satellites are able to track shipping traffic around the globe. This is the process that is used: The AIS signal emitted by the ships is collected by the satellite in orbit, relayed to a ground station and entered via the Internet into a data processing center at LuxSpace, which then passes the data onto the customers. Day by day, around 20 million AIS signals are received. This means, for example, that when a ship departs from Singapore, LuxSpace is able to see when it arrives at the next port.

However, as AIS is an open source signal, the ship captain can also deactivate the signal. As a result, the number of incoming signals varies greatly. Around 180,000 ships are identified each day in Luxembourg.

LUXSPACE IS WATCHING YOU: AIS PROVIDES VALUABLE INFORMATION TO PROTECT AGAINST PIRACY
Yet, who cares about the signals and what benefits do they offer? There is a very wide range of possible applications for AIS. It is not only the shipping companies that need to know the current location of their ships, AIS is also highly relevant for maritime surveillance. This is because conventional surveillance systems, with which authorities control their territory, are installed on the coast and do not have very much penetration. By contrast, AIS can look beyond the horizon. The Luxembourg LuxSpace staff can see where ships come from, what maneuvers they have made on the open sea and whether they are even the ships they purport to be. Obviously, this is valuable information for combating modern forms of piracy. Many organizations need such information: LuxSpace has also been supplying the European Maritime Safety Agency EMSA with marine surveillance data for several years.

Another advantage of using AIS signals is that they help to detect marine pollution. Because LuxSpace can see which ships were traveling in a specific marine region at any given time, suspicious ships can be identified quickly. Some captains also use AIS as means of protection as it demonstrates to the surveillance authorities that “we are here, make sure you keep us safe.”

AIS ENABLES FAST HELP
And what about refugee boats? Obviously, they are not fitted with AIS, but once they have been located, the relevant authorities can contact ships when help is required.

Originally AIS was invented to avoid collisions as it is often dark and foggy out at sea. In addition, ships have a braking distance extending over many kilometers. All ships used to communicate their position, speed and direction to other ships continuously via AIS. It was not until years later that it was realized that it was also possible for the signals to be picked up in space.

Fishing in foreign waters? The satellite images provided by Copernicus makes this really difficult. Satellite imagery combined with AIS signals can help locate illegal shipping boats as a means of preventing wild fishing. LuxSpace is going to work on an ESA-funded project in conjunction with Mexico to improve the surveillance of Mexican waters.
Original article by OHB SE, Germany

LuxSpace Sàrl
LUXSPACE on Marine-Pilots.com
What's your opinion on this?
Login or register to write comments and join the discussion!
Read more...

Article Ships are manoeuvred in remote mode in Klaipeda Port

Klaipeda is one among few seaports in Europe, where maritime pilots are able to carry out operations in remote mode. As it is attempted to avoid contact with other persons as much as possible during the quarantine, several trials have already been performed in the seaport. They revealed that such assistance for the vessels sailing in Klaipeda Port is effective and safe.

All India Marine Pilot Association has been formed by a Group of Mariners who care for "safety and security" of the Marine Pilots. Although a lot of our Indian seafarers felt the dire need of such a body, it was only after the unfortunate and untimely demise of Capt V P Gupta following his fall from the ladder on 8th August 2019, that pilots and like-minded individuals started expressing their displeasure about the 'Eco-system'. Capt. Virendra Mishra, C.E.O., The Shipping Tribune, had the...

Specialized training for maritime pilots
Quebec City, Quebec, Canada – June 23, 2020 – The Maritime Simulation and Resource Centre (MSRC), a world-class pilot simulation training and port feasibility studies facility, is pleased to announce the release of an informational video on the new S-102 standards on surface bathymetry products.
In the video, Captain Pascal Rhéaume, pilot and member of the technical committee for the Corporation of Lower St-Lawrence Pilots, an active stakeholder...

The pilot station Le Havre-Antifer-Fécamp christened, on October 7 in Le Havre, the "Sainte-Honorine", the sixth launch of its fleet.