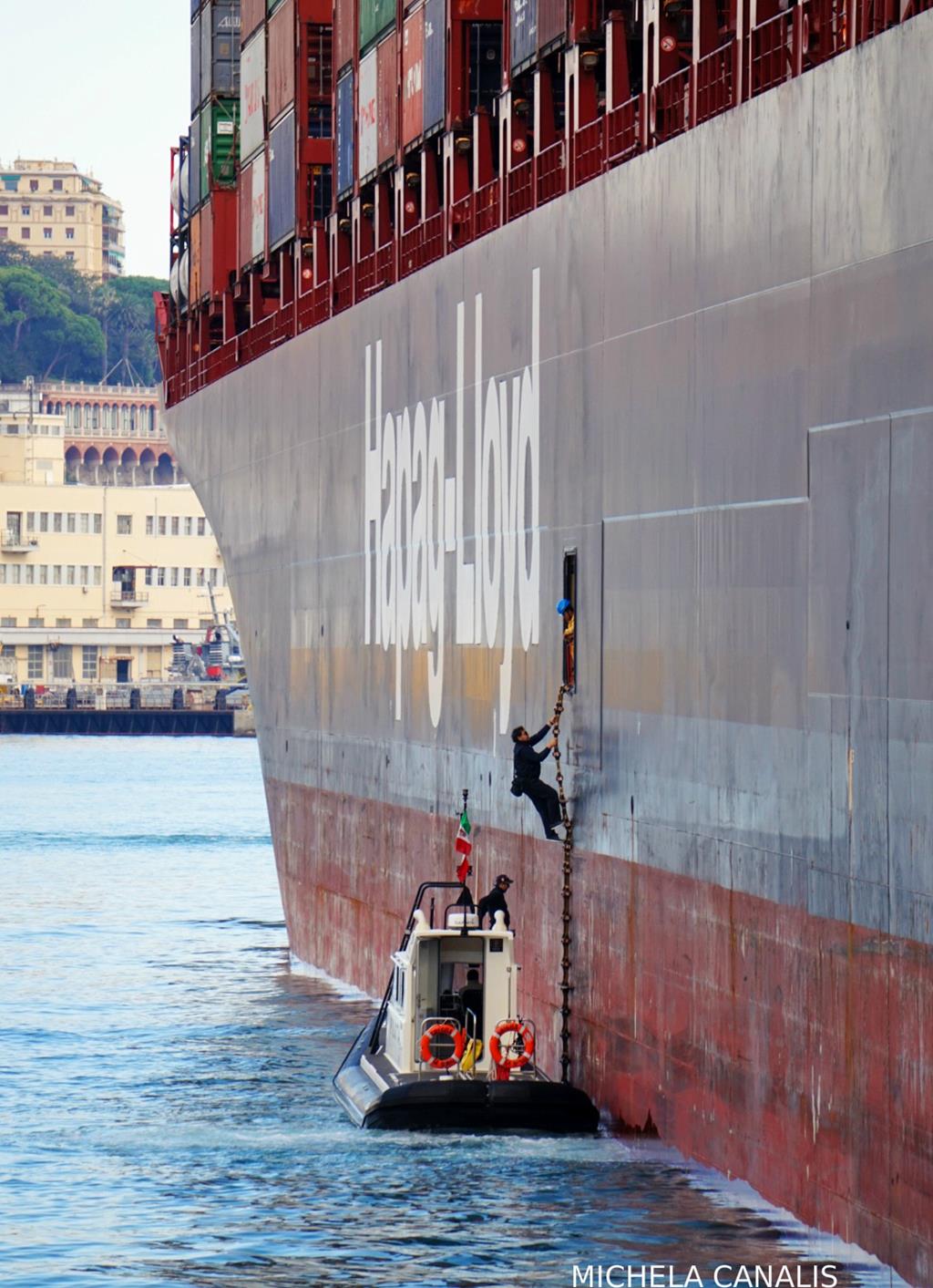 AMSA notes with concern that since November 2017 several pilots’ lives have been placed at risk in six separate incidents where man ropes have parted or its securing point has failed. In addition, AMSA regularly receives reports and complaints about non-compliant pilot transfer arrangements.

Shipowners, operators, masters and crews are reminded that pilot transfer arrangements, including pilot ladders, must comply with Marine Order 21 (Safety and emergency arrangements) 2016 (MO21). MO21 implements Australia’s obligations under the International Convention for the Safety of Life at Sea (SOLAS) Chapter V Regulation 23.

Whenever a pilot or other person embarks or disembarks from a ship by ladder, they entrust their safety to the pilot transfer arrangements provided by the ship and the pilot boat crew.

SOLAS V/23.2.3 also states that a pilot ladder shall be certified by the manufacturer as complying with V/23 or “with an international standard acceptable to the Organization” and refers to ISO 799:2004 “Ships and marine technology – pilot ladders”.

Compliance with this particular provision of SOLAS V/23 can be met when a manufacturer has certified that the pilot ladder complies with either of the above standards, noting they are not identical.

Paragraph 10.1 of Part A of the International Safety Management Code (ISM) requires that vessel operators establish procedures to ensure that a ship is maintained in conformity with the relevant rules and regulations, including pilot transfer arrangements. Such procedures should include regular inspections of the pilot transfer arrangement and storage of such equipment when not in use.

Responsibility for safe practices for personnel transfers rests with each person involved in the activity including the vessel’s owners, operators, master and crew, pilotage providers, pilots and pilot boat crew, as well as the person being transferred. All parties should observe both the spirit and intent of the regulations, to ensure safety is not compromised.

Where a marine pilot suspects that the pilot transfer arrangement provided is unsafe, they should refuse to use the arrangement until it is made safe by the master and crew. Where such situations occur, AMSA will follow-up to determine the cause and actions taken. Where a vessel is not calling into an Australian port, AMSA will follow up with the flag State.

Original notice on official AMSA Website
Origins of the IMPA pilot mark
What's your opinion on this?
Login or register to write comments and join the discussion!
Read more...

In December 2020, Australian Pilot Captain Ritesh Bhamaria was expertly piloting oil tanker MT Godam through the Torres Strait in adverse weather conditions when he and the vessel crew sighted a distant hand waving for help in the rough sea.

The British Ports Association has launched a new initiative looking at the implications of autonomous shipping for UK ports, including a call for evidence from interested parties. Maritime Autonomous Surface Ships (MASS) involves the automation of vessel and onboard processes which could alter how ports and ships interface with each other. The BPA which represents the majority of UK port activity including 85% of the shipping movements in and out of the country, is keen to explore what the future developments of shipping will mean for the sector.

Saying goodbye to our new built vessels are never easy. This pilot boat is the 16th delivered to Finnpilot Pilotage by Kewatec AluBoat.

A Japanese bulk carrier that has spilled more than 1,000 tons of oil since running aground off the coast of Mauritius has broken in two. Officials said the split was caused by a crack in a cargo hold, after the ship's condition deteriorated severely overnight. Emergency teams and thousands of volunteers have been racing to siphon off remaining fuel on board the ship.

A beautiful day, climbing up the (not-so-well-rigged) pilot ladder and then the stairs of the accommodation towards the bridge.