What you can´t see still hurt you 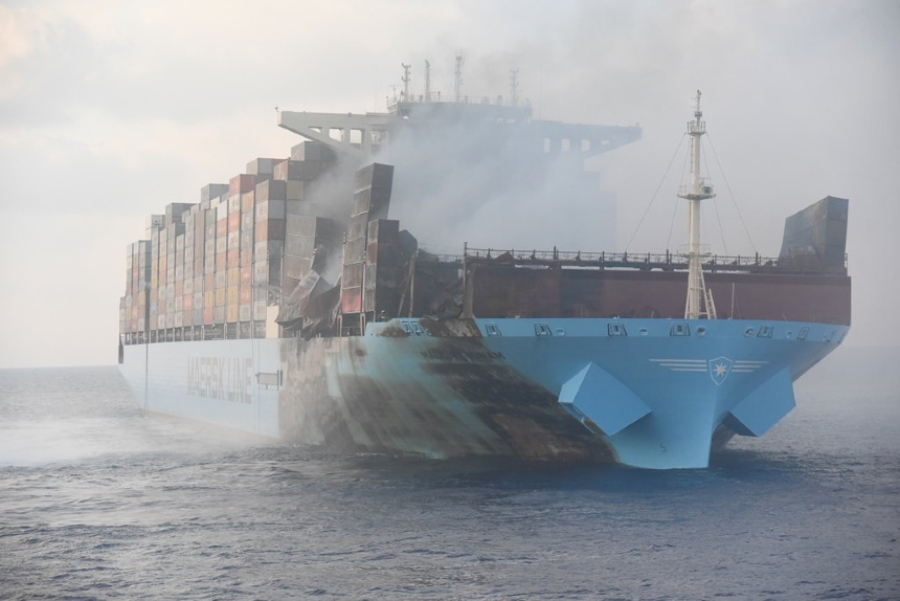 When a pilot is berthing a ship with the aid of tugs, it sometimes happens that the ship lands heavily and suffers minor damage. More commonly in my experience, it also happens that the crew discover a large dent for which they cannot account and, although it is obviously old damage, they try to blame the pilot and tugs in the port where the damage is discovered.

Tug companies are quite good at defending themselves against such egregious claims. In the company I worked for we would explain that when tugs are berthing a container ship, the only thing their crews can see is a wall of steel in front of them and thus they have no idea of the distance between the ship and the jetty. We would politely point out that the tugs depended upon the pilot for instructions, and offer to replay our tapes of the radio channel in use to demonstrate that the master and pilot had not expressed any concerns to the tugs.

This usually ended the matter, but we still had to go to the time and trouble of visiting the ship to photograph the damage. Sometimes, of course, we discovered that the damaged area was heavily corroded and the accident must have happened weeks or months earlier.

Eventually the claimants would leave us alone, but not before we wasted a great deal of management time proving our innocence, so I suppose this is a classic example of how something the tugs could not see was still capable of hurting the company financially.

These days, perhaps the most obvious thing a salvor cannot see is what is in the shipping containers which seem to catch fire with monotonous regularity. A recent article by Gard asserts that there has been a fire in shipboard containers once every two weeks during 2020, and the only saving grace is that none of them has been as disastrous as some similar cases in 2018 and 2019.

Back in the early 1980s I was mate on a containership and we loaded one box of high-value sandalwood in an island port. It was destined for Hong Kong, but when the doors were opened upon delivery the container was empty. The lawyers for the buyer decided it was my fault, and for the next few months it seemed I spent every spare moment writing long explanations of the realities of container shipping.

I had to explain that the container was sealed when we loaded it, and still had the same seal intact when we discharged it. I had to explain the stowage and point out that the location and orientation of the container in the stow made it impossible to open the doors. Eventually I paid off and heard no more about it, although I suspect there is a mate somewhere who is still getting angry letters about the missing cargo.

I have no idea why it was so difficult for the lawyers to work out that the cargo was never loaded into the container in the first place. Keen readers of detective novels would have cracked the case immediately.

That story is true, if boring, but I include it to demonstrate the difficulties salvors face when they encounter a fire on a containership. Even if they have a copy of the manifest there is simply no guarantee that the containers hold what they are supposed to hold and, even if they do, there is no guarantee the cargo has been packed, stowed and secured properly.

Gard claims that statistics show the most common cause of fires in cargo containers is self-heating in charcoal, followed by chemicals which are not packed properly and are often not mentioned in the shipping documents, with third place being taken by batteries which are often poorly manufactured and not properly secured. Mis-declaration continues to be a serious problem, because you cannot arrange suitable stowage for dangerous goods if you do not know they are there.

To its credit, Gard arranged a major conference in 2018 and invited experts to consider all aspects of the problem. Many speakers pointed out that the rules for fire detection and firefighting had not kept up with the rapid increase in cargo-carrying capacity, so SOLAS is no longer fit for purpose on board large modern containerships.

Some enlightened shipowners have taken steps to fit additional fire monitors on deck and more portable equipment to fight fires in individual containers, but many have not. Some shipping lines are also looking for better ways to handle cargo bookings and screen cargo information, but it may never be possible to check every box and unscrupulous people will still lie about the contents if it saves them a few dollars.

“…it might tempt owners to supply [firefighting lances] to their containerships so crews can fight small fires themselves, which sounds like a recipe for disaster.”

Despite its best efforts, Gard admits it will take years to amend SOLAS. In the meantime, containerships will still provide a happy hunting ground for salvors prepared to risk their eyebrows fighting container fires.

There was often a pattern to fighting such fires, in my experience. Lots of water to cool things down, and plenty of pumping out if the water was being applied inside the holds, but the final phase always involved fighting fires inside individual containers. Sometimes the only way to do this was to drive a firefighting lance through a container’s shell and inject water or foam directly onto the fire within, which could be a long and dangerous process depending on how many containers were ablaze.

The containers were also quite hard to penetrate on occasion, so perhaps whoever publishes the rules for the construction of cargo containers could modify them to insist that all containers have a number of weak spots suitable for easy insertion of firefighting lances.

In my day we made our own lances, but they are now available commercially. This might not be a good idea because it might tempt owners to supply them to their containerships so crews can fight small fires themselves, which sounds like a recipe for disaster.

Salvors spend a lot of time finding out the alleged contents of a container, then get their teams clear before the firefighting medium is applied. A ship’s crew might not consider that adding water to a fire in a confined space is likely to lead to the rapid production of vast quantities of steam and the subsequent violent escape of said steam through the weakest parts of the container, even if the contents are not chemicals which might have their own little foibles in the presence of water.

It may never be possible to ensure that all containers are properly stowed and their contents properly secured and declared, so I suppose what we can’t see will go on hurting us for the foreseeable future.

Original article published on Baird Maritime
Editor's note:
Opinion pieces reflect the personal opinion of individual authors. They do not allow any conclusions to be drawn about a prevailing opinion in the respective editorial department. Opinion pieces might be deliberately formulated in a pronounced or even explicit tone and may contain biased arguments. They might be intended to polarise and stimulate discussion. In this, they deliberately differ from the factual articles you typically find on this platform, written to present facts and opinions in as balanced a manner as possible.
What's your opinion on this?
Login or register to write comments and join the discussion!
Read more...

In this video we are trying to show how a ship enters into Mombasa port through a canal and the procedure of berthing.

Video was sent to Marine-Pilots.com by Mohamed Anwar Remichi

This is a video designed to educate people about pilots and their work. It consists of an animated version and a live action version.

Pilots are expert ship handlers who possess detailed knowledge of local waterways. They are transported by high speed "Pilot Boat" or helicopter from shore to an inbound ship and from an outbound ship back ashore. Most ports have compulsory pilotage.

Video Pilot on Board Trailer (Finnpilots)