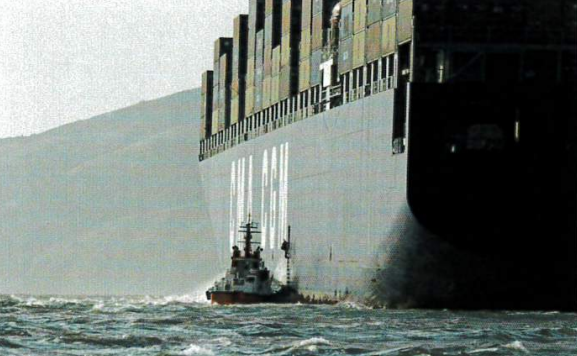 Brendan O’Shea has been named deputy director-associate general counsel for the American Pilots’ Association (APA). He started work in this position Monday.

O’Shea retired from the U.S. Coast Guard as a commander earlier this year. A 2001 graduate of the Coast Guard Academy with a bachelor of science degree in government, he was also awarded a juris doctor degree from The Catholic University of America Columbus School of Law and a master’s of law degree from Georgetown University Law Center.

During his career with the Coast Guard, O’Shea served in several operational, staff and legal positions, including service aboard two Coast Guard cutters. His most recent assignment was as legislative counsel in the Coast Guard Office of Congressional Affairs. Prior to that, he was detailed to the Department of Homeland Security (DHS) General Counsel’s Office, where he advised DHS leadership on operational law issues and was also assigned to the Department of Justice’s admiralty office. He also served in the Coast Guard’s Offices of General Law and Claims and Litigation.
Read the whole article here

Video Crazy Pilot Boarding when the vessel is rolling heavy

What a dangerous situation. Never seen that before.

Great insights into the work of pilots on Puget Sound

As a British supplier of driveline and propulsion solutions into the UK market, MIT was delighted to be involved in the 9 million pound investment into the industry by Associated British Ports (ABP) for a fleet of new pilot vessels to be built and supplied by Goodchild Marine Services Limited.

The sun was out and was a beautiful day, I was searching for a light house in the area and there was one in Cameron, La. I started my way to the light house not thinking how bad Cameron was hard hit by two hurricanes. After a few dozen downed power poles I was met with the National Guard and the Po Po. Needless to say I turned around and I had passed the port so I decided to drone this area. Not a bad place and a ship was being assisted by two pilot boats. I never tire with maritime...