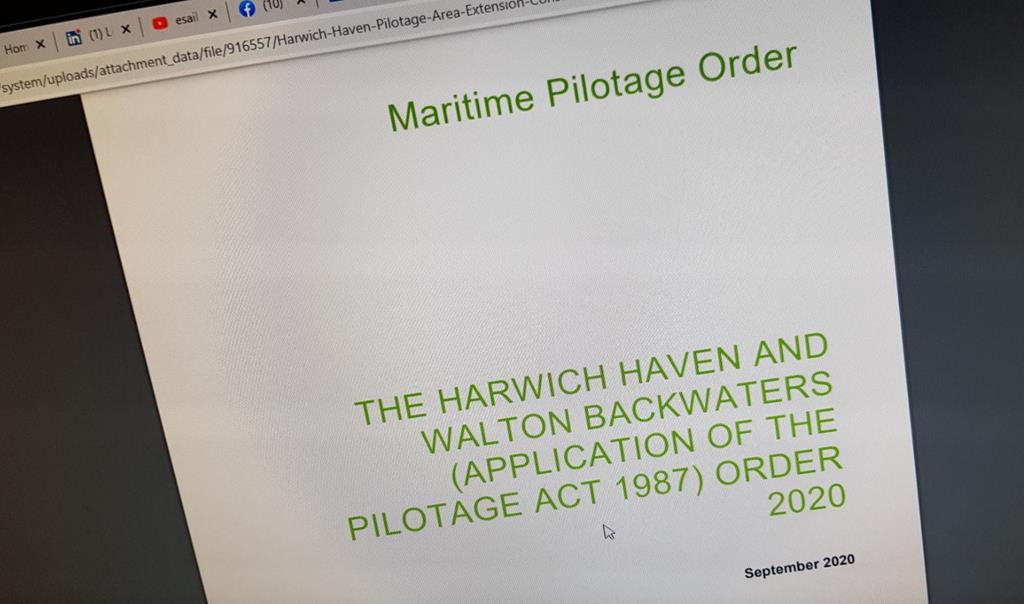 The Department is minded to agree to the Authority’s request for efficiency and navigation safety reasons which will require an order under the Pilotage Act 1987 (the Act).

This consultation seeks your comments on the Authority’s proposal and a draft of the pilotage extension order to assist the Secretary of State in making a final decision on the application.

Duration of Consultation
The consultation will last for four weeks, beginning on 11 September 2020 and closing on 09 October 2020.

The request to extend voluntary pilotage services
In December 2019, the Department for Transport received a letter from the Chief Executive of the Authority applying for an extension of its existing area of voluntary pilotage to include the western most areas of Hamford Water and Oakley Creek in the area known as the Walton Backwaters.

The request follows a review of the Authority’s current pilotage arrangements which identified that these did not cover vessels travelling to the berth at Great Oakley. The approach to this quay is not straightforward as it can only be reached via the Walton Backwaters which are shallow and tidal. The nature of the waterway, and the size of vessels currently using this route, means that they are at considerably risk of grounding. The Authority notes that the availability of pilotage assistance for any vessels whose crew are not familiar with the area is, in its view, essential and that a formal extension to its vvoluntary pilotage area to provide this service has been called for by its customers.
Read the offical entire document here (PDF)

Harwich Haven Authority
What's your opinion on this?
Login or register to write comments and join the discussion!
Read more...

Today Captain Peter Dann (President AMPI) has published an open letter about concerns regarding simulation in lieu of on-water training and the situation in Brisbane.

Study from 2020: Precise assessment of complex maritime navigation requires reliable and valid assessment frameworks. The purpose of this research was to examine the reliability and validity of the proposed CAPA-tool.

Irish builder Safehaven Marine has delivered a new pilot boat ordered by the Port of Sines in southwestern Portugal near the country’s capital of Lisbon.