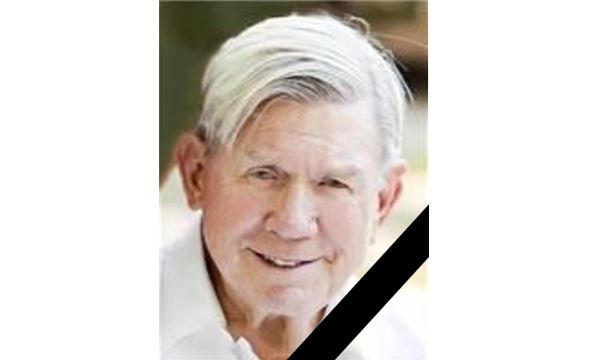 Captain Andrew Holton Stegen, 87, a native of Baton Rouge and longtime Metairie resident, was surrounded by friends and family when he entered heaven’s gates from his Mandeville residence on Thursday, October 22, 2020.

Andrew served in the US Merchant Marine, earning the license of Master Mariner, and was honorably discharged as Navy Reserve Officer. Following his seagoing career, he joined the Crescent River Port Pilots’ Association, serving as a river pilot for 34 years.

His grandchildren were his greatest treasure. Whether it was birthday parties, football games, swim meets, soccer games, drum performances, 4th of July celebrations, or graduations, Andrew cherished spending time with his friends and family the most. Andrew was born on October 24, 1932 in New Orleans, LA. He is preceded in death by his wife of 58 years, Laura Whittington Stegen; his brother, John Stegen of Pineville; his sister, Johann Petty of Atlanta, GA. He is survived by his sister Inga Burkett of Memphis, TN; his daughter, Loretta Nesbitt and husband Greg of Dripping Springs, TX; his son, Eric Stegen and wife Bonnie of Mandeville; grandchildren Lauren Nesbitt D’Brass, Natalie Nesbitt, Andrew “Drew” Nesbitt, Matthew Stegen, and Lillian Stegen.

In lieu of flowers, the family is requesting donations to the Council of American Master Mariners in his memory.

Source : https://www.resthavenbatonrouge.com/obituary/CaptainAndrew-Stegen
What's your opinion on this?
Login or register to write comments and join the discussion!
Read more...

We have currently researched 20 vacancies for Marine Pilots around the world. Take a look at our job section, where 3 new offers have been added today.

For the first time, the ports of Antwerp, Barcelona, Hamburg, Los Angeles, Montreal and Rotterdam come together to showcase their most advanced digital transformation and sustainability projects at their dedicated ‘Smart Ports’ exhibit

KIEL CANAL Ship Collided Collision incident general cargo BBC PARANA vs Motor Tanker ORASUND
Tanker went out of control after engine failure and collided with general cargo ship in Kiel Canal near Kiel locks, at around 0120 Local Time Jul 27, The ships were transiting Canal in opposite directions, both reportedly, sustained damages and were detained. Tanker was berthed near collision site, general cargo ship according to track, exited Canal and was berthed in port outside locks, Ships...