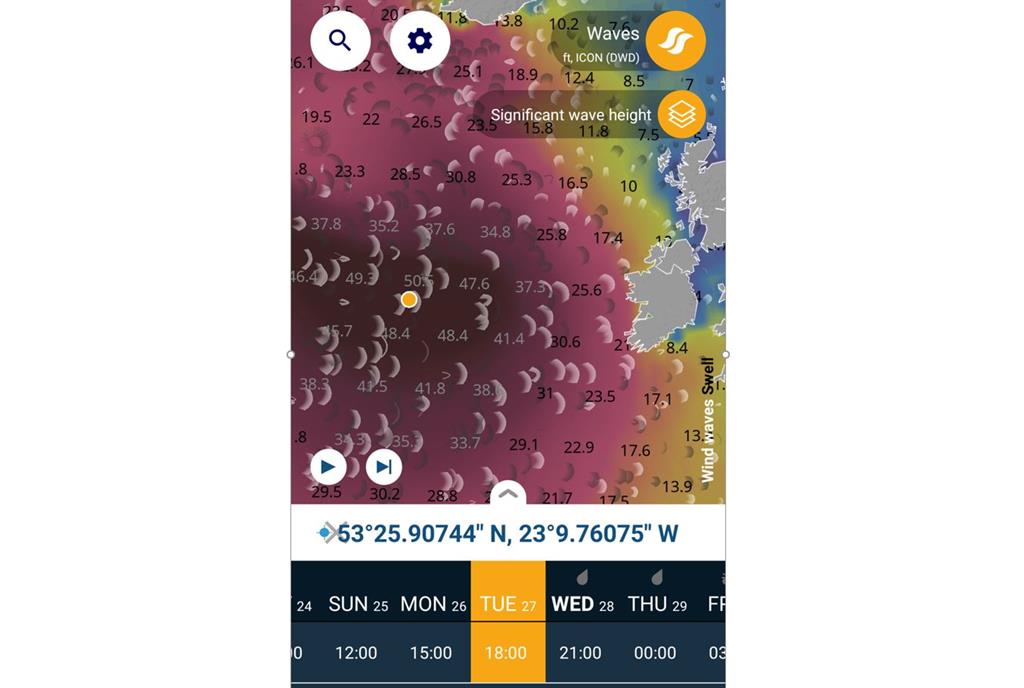 Wave heights of 50 Ft were already announced, but expectations were exceeded by reality:

According to information from "The Skipper", a monster wave measuring 30 Mtr – 98.4 Ft was recorded at 03:00 on Oct 28 by the Marine Institute M6 buoy located 200nm West of Ireland.

The wave generated by the tail end of Hurricane Epsilon was one of the highest ever recorded in Irish waters.

M6 Buoy - located 200nm West of Ireland
The network is managed by the Marine Institute in collaboration with Met Éireann and the UK Met Office. The Irish Weather Buoy Network is designed to improve weather forecasts and safety at sea around Ireland. The buoy network provides vital data for weather forecasts, shipping bulletins, gale and swell warnings as well as data for general public information and research.
Original Source "The Skipper"
What's your opinion on this?
Login or register to write comments and join the discussion!
Read more...

Video How to get off the ship with Pilot Siri

Vessel entering in Drydock for Repairs at Cochin (Kochi) Shipyard , India.
Note: Note : I am not owner of the song used in this video , all music credits goes to his perspective owners
Song: Bomg jigre
singer: Ranjig bajwa

Here’s a nice little video of the sea trials of ‘Svitzer Oued Martil’ including some cool on-board 360 camera footage of her going through some pretty big breaking seas during rough weather testing, and some nice foggy day drone footage and trials alongside the Brittany Ferry ‘Armorique’.

Two investment contracts for supplying 10 pilot boats required by the country's ports, as well as a memorandum of cooperation between the PMO and Iran University of Science and Technology will be Signed by the Minister of Roads and Urban Development.