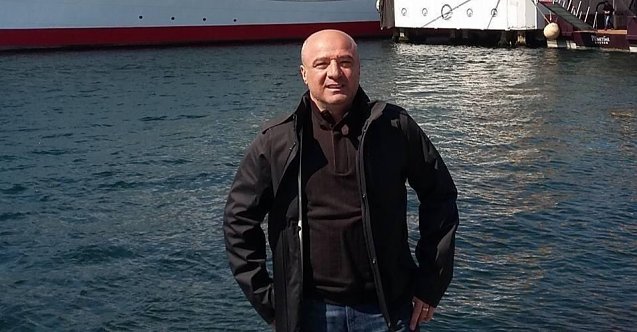 The ship was sailing from the Ukrainian port of Khornomorsk to Portugal. The pilot captain, who was to be the pilot of the ship, fell off the pilot ladder when he was brought by his pilot boat and wants to climb onto the ship. The vessel stopped and Capt. Demirkol could be rescued.

Fortunately, the pilot-captain is in good condition. He was taken to hospital for further examination as a precaution.

The reason of the fall is unknown.

Editors note:
Best wishes for recovery from the Marine-Pilots.com team!
Original message in Turkish from Denizhaber.com

Video Pilot on Board

In early December, just as I was starting to get into ship spotting, I saw a couple of vessels headed up river towards Philly. One of them, the Cielo di Iyo met with the harbor pilot right as I had my drone up. I was able to capture the Pilot coming to meet the vessel and CLIMBING the ladder to get on board just before she passed beneath the Walt Whitman Bridge.

Video How to build a safe Pilot Ladder. The production at PTR Holland

Video How Ship Anchor Works? - Procedure For Anchoring a Ship at Sea

#Anchor #shipanchor #windlass Anchoring is one of the very frequent operations onboard ships. A number of variables and external factors influence the duration and location of an anchoring operation. While the type of seabed is of utmost importance during anchoring, soft muddy grounds or clay bottoms are best preferred. It should be taken care that the anchoring bottom is free of power lines, submarine cables, pipelines or rocks. Various methods on anchoring include consideration of...