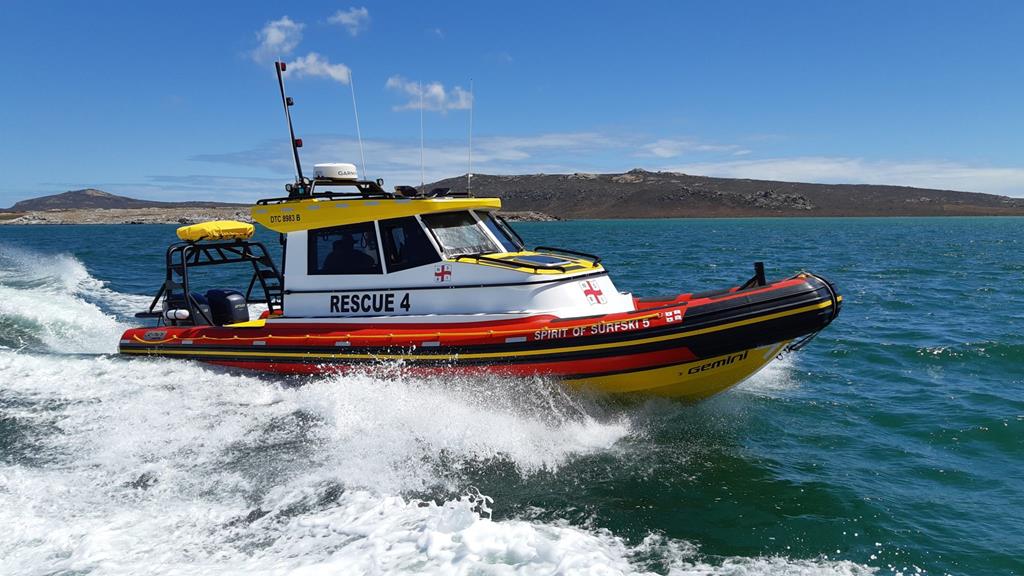 Jonathan Kellerman, NSRI Durban station commander, said:
At 07h45, Tuesday, 28th April, NSRI Durban duty crew were activated by Transnet National Ports Authority (TNPA) following reports of a 35 year old male TNPA ships Pilot fallen into the sea off a crude oil tanker in the vicinity of N Shed Wharf in the Port of Durban. A securing rope on a rope ladder reportedly severed from undetermined causes while the man was disembarking from the crude oil tanker that was under sail departing the Port of Durban.

The Pilot vessel Lufafa went to his rescue and he was recovered and brought to T Jetty where they were met by Police S&R, Metro Police S&R and Life Healthcare paramedics.

He was treated for mild hypothermia and as a precaution, has been transported to hospital by ambulance in a stable condition for further medical evaluation and medical care and is expected to fully recover.

The immediate reaction of the skipper and crew of the Pilot vessel Lufafa and the calm and deliberate actions taken by the casualty after he fell into the water contributed to his survival and they are commended.

The incident will be investigated by authorities.

About NSRI:
The National Sea Rescue Institute (NSRI) is the charity that saves lives on South African waters. Our goal is to prevent drowning through rescue operations, education and prevention initiatives.

Operating from base stations along the SA coastline, and on inland dams, our rescue volunteers are on call, at all hours, every day of the year. Our rescue crew receive no payment and neither do we charge the people we rescue. We visit schools around the country teaching children about water safety. Drowning prevention measures include our online training academy, with free courses for crew and the public, emergency signage, Pink Rescue Buoys for emergency flotation, rescue swimmers, lifeguards and active patrols during peak seasons.

Our organisation is totally reliant on donations and sponsorships. This enables us to do the work of saving lives, changing lives and creating futures.
original text by NSRI

Captain Jonathan Tennant has been called a hero for his decision to intentionally ground the Golden Ray, keeping it out of the main shipping channel.

by www.theisleofthanetnews.com - published on 9 December 2021

Grounding container vessel Shahraz and MV Samudra Sakti in Singapore Strait May 10 2020
What happened?
MV "Shahraz" and MV "Samudra Sakti I" had run aground to the shallow Batu Berhanti in the Indonesian territorial waters within 6 minutes, which is surveyed with minimum water depths of 8.3 m in the northern part and up to 0.5 m in the southern part . It is located south of TSS Singapore Strait’s eastbound traffic lane.
A chain of events which must be described as extra ordinary rarity....

Video How does GPS work?

Opinion What is a Tug's Bollard Pull and How İt is Calculated?
67