EMPA – The maritime pilot is an indispensable human resource 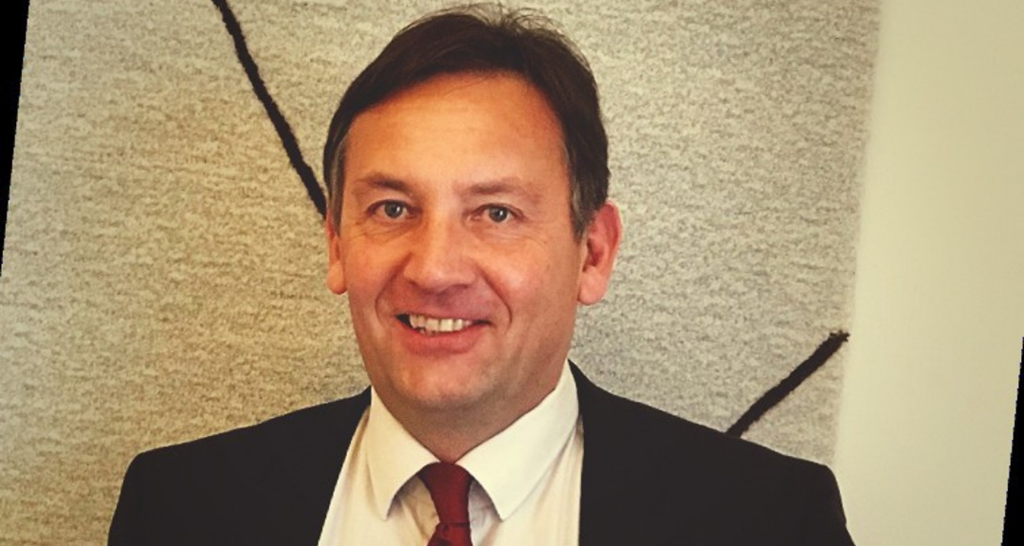 While digitalization is undoubtedly a major transformation underway in the maritime industry, we must not forget the essential role played by humans in bringing ships to dock. A pilot is capable of escorting a ship with the appropriate level of safety, even if the digital means are failing and the weather is threatening. Far from pitting human expertise against new technologies, AIVP wants to emphasize the highly skilled analog work provided by pilots. In the way we imagine the “port of the future”, the smartest option is to consider the complementarity between pilotage on the ship and the automation of certain operations. As part of our “human capital” content block, we were pleased to give Captain Erik Dalege, President of the European Maritime Pilots Association (EMPA), the opportunity to write an opinion piece.

Erik Dalege – The word “analogue” seems to have fallen out of time in an era in which every profession sees radical changes due to the possibilities of digitalisation and automation – even in unexpected areas.

These days, “analogue” tends to be used as the opposite of “digital”. And since the word “digital” is equivalent to dynamic, modern and progressive, the term “analogue” now means old-fashioned, slow, and retrograde.

What knowledge pilots must acquire during their training are described in detail in the Training Regulations for Maritime Pilots. They must have a very precise knowledge of all applicable legislation, local regulations, fairways, buoys, anchorages, lighthouses, beacons etc., and prove this knowledge in a state-approved examination.

19th century painting illustrating pilots
But what further skills are required? Why are pronounced “analogue human abilities” so important for a pilot?

It is a matter of recognising what resources are available, choosing which ones he needs, and determining how he can compensate possible shortcomings using his skills and his experience. First of all, he needs to assess the linguistic capabilities of the bridge team. The knowledge of the English language within the shipping sector is wildly heterogeneous, and in most cases anything but comprehensive.

This is one of the pilot’s most important duties: He acts as an intermediary for the necessary communication between the piloted vessel, the traffic centre, other traffic participants (ranging from recreational boats to inland navigation vessels up to large tankers and tug boats. All this in a language that is safely and confidently spoken by all of the above, even in extraordinary
situations.

View of Hamburg.
In the event of a malfunction or an emergency, communication becomes even more significant. Here the pilot turns into a kind of “On-Scene Communicator”. He makes the necessary arrangements with the harbour police, the fire brigade, SAR services, emergency tug boats, etc. He translates and explains the events to the Master and advises him accordingly, drawing on both his local and his professional knowledge.

The analogue ability of spatial thinking

Spatial thinking is a cognitive ability that is of great importance for the piloting profession. Spatial perception enables an understanding of the relationship between two objects, i.e. the piloted ship and another moving vessel or a fixed port facility, while one or both of them change their position.

With stop distances of several kilometres, great foresight is necessary to develop an intuitive feeling for when to set the control lever to which speed level in order to pass a certain point with a preplanned speed.

Turning a ship in flowing waters, with the intention of leaving the vessel in the best possible position in an anchorage after the turn is completed, also requires a high level of spatial perception. Anticipating the passing distance to another vehicle and, more importantly, determining whether it will be adequate for the given situation, is an art in itself.

The pilot is the first representative of his country to come aboard a ship, the pilot remains one of the few people with whom officers and Masters can exchange information.

The pilot performs a thoroughly complex mooring manoeuvre or a voyage through narrow pilotage waters with “employees” whom he has never seen before, and whose actual qualifications he cannot fathom. A voyage plan that roughly outlines the necessary actions is signed in no time, and will be quickly filed in the appropriate folder in preparation for the next audit.

Yet it is much more important to “think aloud”; this means that the pilot verbalises his intended next steps, thereby making them transparent for all involved at all times. This is the only way in which the Master, who never stops being the person responsible, can follow and judge what is happening.

The Master may be calling at this port for the first time and therefore be a little anxious of the unknown, while the pilot, who has experienced the same situation many times, is very calm. It is therefore his responsibility to use his presence to give the Master the peace of mind he needs in order to carry out his duties with as little stress as possible.

The ability of intuition

For a vessel’s Master, navigation means determining the current position, the point of destination, and the course leading to said point of destination, and then monitoring the progress of the voyage. At the same time the navigation of one’s own vessel must not only be safe, but also in accordance with the other traffic participants and in compliance with local circumstances and regulations.

The pilot, on the other hand, does not navigate. Or rather: he pilots, i.e. he navigates intuitively. A high level of concentration is maintained throughout this intuitive navigation, without the pilot being aware of it, and without it being apparent to his surroundings. The pilot can mentally determine the position of a vessel from the corner of his eye.

Piloting a container ship. Photo: Captain Bernhard Ixmeier, Elbe Pilot
Due to his many years of experience and the physical existence of real analogue navigational marks and landmarks, a pilot is able to accompany a ship to her berth with the necessary safety, even if digital supports were to fail.

From all that has been said so far, it is clear why we believe that the pilot must actually be physically on board in order to be as effective as possible.

Politicians and administrators are correct in arguing that the on-board pilot with digital equipment, supported by the vessel traffic centres of the Federal Waterways and Shipping Administration, is currently the first and best choice. While ships with human crews sail our pilotage waters, it is absolutely essential that they are also brought to the pier by a human. The combination of human skills, automation, data transmission, and data evaluation on board is currently the best possible standard.

The autonomous ship is definitely on its way, but will it really sail without a crew? The development towards an autonomous ship will, I believe, be evolutionary (in small steps), not revolutionary. Different stages will co-exist in different sea areas at the same time.

Most navigational operations will be autonomous, a continuous bridge watch will no longer be necessary, a strongly reduced crew for emergencies and incidents as well as possible maintenance during the voyage will still be in place, and a ship’s command consisting of perhaps 2 persons (pilot and co-pilot) with nautical and technical knowledge will remain on board.

The pilot must physically stay on board!

Editor's note:
We have published the article with the consent of Erik Dalege, president of the EMPA.

EMPA - European Maritime Pilots' Association
What's your opinion on this?
Login or register to write comments and join the discussion!
Read more...

#workatsea #youtubeshorts #buhayseaman
Copyright: None of my videos, or part of any video, can be used without written permission.

Video Tanker passing the Strait of Bosphorus in 40 sec! 4k

Video Information about novel Coronavirus from the World Health Organization (WHO)

What do you know about the novel Coronavirus that is causing a health emergency? Coronaviruses (CoV) are a large family of viruses that cause illness ranging from the common cold to more severe diseases such as Middle East Respiratory Syndrome (MERS-CoV) and Severe Acute Respiratory Syndrome (SARS-CoV). A novel coronavirus (nCoV) is a new strain that has not been previously identified in humans. Watch this short video to find out more. Further resources are available online here: https://...

Welcome to our next episode of:- Pilot Talks... Pilot ki Baat..! Hosted by Capt. Vijay Sharma, Master Mariner @capt.vijay along with Co-Host Capt.Gajanan Karanjikar, President of AIMPA, India @captgajanan We have the honor to invite our Special Guest. Capt. Ashok Gole.

Engage Marine has announced that it recently awarded the marine pilot transfer services contract by the Port of Townsville.