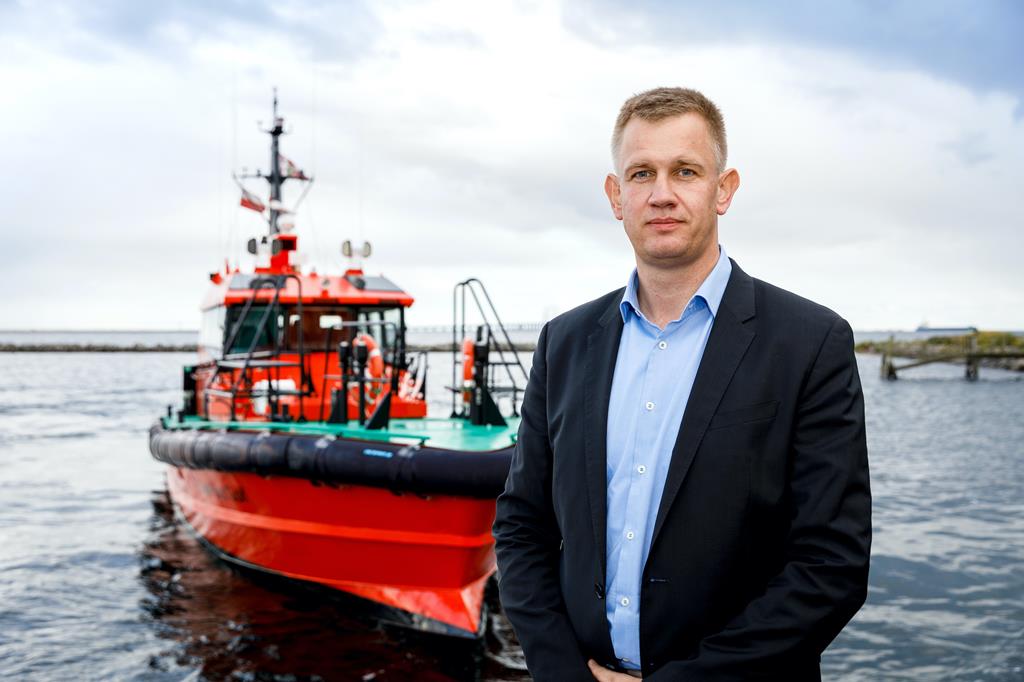 The first half of 2021 is a testament to the organisation of DanPilot, a pilotage company that has been diligently adapting to a smaller market as a result of the fallout from Covid-19.

DanPilot expects the decline in shipping traffic and the company's finances to continue into the second half of 2021.The first half of 2021 has been marked by a period of extraordinary need for rapid transition at DanPilot, the pilotage company, with reduced ship traffic resulting from the downturn in the world economy.

The half-year results reflect that DanPilot has been agile in reducing its costs and adapting to the external influences and the downturn in activity. In addition, DanPilot believes there is further potential to strengthen its competitiveness. At the same time, DanPilot maintains a large contingency to provide pilotage all year round, around the clock in all ports. The profit after tax for the period was DKK 1.6 million.

This result is negatively affected by a decrease in the number of pilots. The impact comes in part from a depressed tank market, where continued low demand is having an impact. At the same time, the cruise market is under great pressure and the entire 2021 season will be very limited. For example, although the container market, where liner shipping companies have high activity, has experienced a strong recovery, this recovery is not translating into more container ships. It simply means that they are sailing with more containers on board when the ships are unloaded.

DanPilot expects the downturn in shipping traffic, and therefore the economy, to continue into the second half of 2021 as a result of the depressed world economy. DanPilot's guidance for the year is subject to significant uncertainty due to the ongoing Covid-19 pandemic. The expectations for the result from ordinary operations for 2021 are therefore between DKK -1 million to DKK 4 million after tax

DanPilot is an independent public company owned by the state. The pilot service creates safety at sea and in ports throughout Denmark because the highly specialised pilots know the waters and prevent accidents. DanPilot pilots ships that transit between Skagen and Gedser/Allinge through Storebælt and Øresund and ships that enter and leave Danish ports. DanPilot has 17 pilotage stations in Denmark and four additional berths. In total, DanPilot has just over 300 employees, including approximately 180 pilots and approximately 80 boatmen. DanPilot has its headquarters in Svendborg.

DanPilot
What's your opinion on this?
Login or register to write comments and join the discussion!
Read more...

Video How to get off the ship with Pilot Siri

Marine-Pilots.com, online portal and community for maritime pilots worldwide, has launched the new section „Marketplace“. For a test period, usage and advertising is free for registered users.

Article Civitavecchia, the guild of pilots celebrates its 150th anniversary

It was in fact 25 June 1871 when King Vittorio Emanuele II of Italy, by Royal Decree 345, established a Pilot Corps in the port of Civitavecchia (60 kilometres north of Rome).

Coast Guard air and surface rescue crews at Sector San Juan responded and assisted the distressed M/V Island Express Wednesday afternoon, after the ship started taking on water when it departed the Port of San Juan for storm avoidance in anticipation of Tropical Cyclone 9.

Pilotage is being able to navigate safely into and out of a harbour/anchorage/port knowing where you are at all times, where your hazards are and a safe route in/out. This is particularly useful if you are heading into somewhere new or a challenging/busy area – or both!