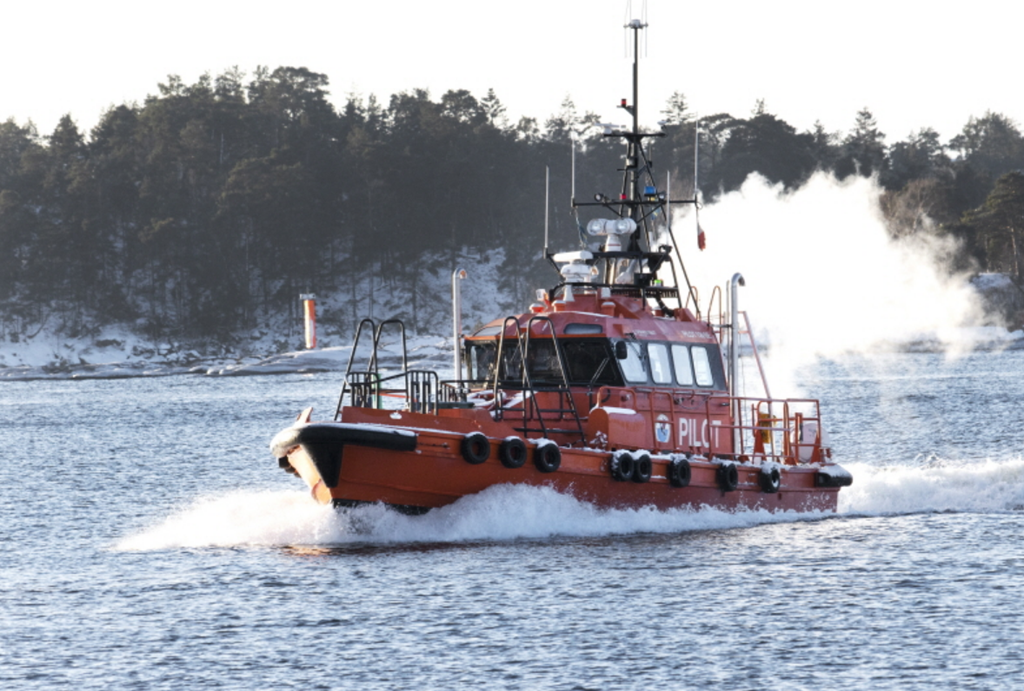 Text and photo by Sjöfartsverket

The pilot boat will be the first of its kind in the world. "Generally speaking, we in Sweden are far ahead when it comes to maritime research and innovation. It is therefore no coincidence that this particular project is now being carried out here in Sweden," says Fredrik Backman, Director of Shipping at the Swedish Maritime Administration.

The work to convert one of the Swedish Maritime Administration's pilot boats from diesel to methanol is part of a larger EU initiative, and will last until 2024. While there are other projects involving various forms of methanol-powered vessels, the Swedish Maritime Administration's pilot boat is the first of its kind in the world. The boat will now be part of the Agency's regular pilotage operations to evaluate the technology, but also to ensure both its capacity and capability.

"Our redesigned pilot boat is an important piece of the puzzle in our larger and broader transition towards a completely fossil-free fleet of boats and ships. The pilot boat will now be put through its paces, with many hours of rigorous and thorough testing. Tests that will then be evaluated and analysed", says Fredrik Backman.

The Swedish Maritime Administration has already been commissioned by the government to analyse and come up with proposals on how the Agency's fleet of boats and ships can become fossil-free. The assignment is based on the government's national climate targets, which include a reduction of at least 70% in carbon dioxide emissions from domestic transport by 2030.

Follow the launch of the methanol-powered pilot boat live in the video player below or click here.

Sjöfartsverket - Swedish Maritime Administration
What's your opinion on this?
Login or register to write comments and join the discussion!
Read more...

FASTWATER Consortium and the Swedish Maritime Administration (SMA) successfully demonstrated a pilot boat that has been converted to operate on Methanol fuel. The demonstration in Stockholm Harbour follows the successful bunkering of the vessel at the SMA pilot station in Oxelösund, Sweden, where the pilot boat will be based.

PILOT HOLTENAU (MMSI: 211533730) is a Pilot Vessel and is sailing under the flag of Germany.
Her length overall (LOA) is 17 meters and her width is 6 meters.

by Safehaven Marine - published on 16 February 2021

Here’s some cool video footage we captured of the Cork Pilots in their Interceptor 48 pilot boat ‘Failte’ undertaking pilot transfers off Cork Harbour during the recent days of strong SE gales. Roches Point lighthouse recorded 50kts of wind on the 13th as the Cosco bulk carrier passed and the Cork wave buoy 2nm off the harbour entrance recorded waves to 6.7m at the time. The pilot boat coxwain managed to get alongside and safely disembark the pilot despite the challenging sea state....

THE PILOT BOAT is coming back in.
ENJOY.

After years of looking, the Port of Grays Harbor has its new pilot boat, the Vega, to replace the 60-year-old Chehalis.

For the first time, the ports of Antwerp, Barcelona, Hamburg, Los Angeles, Montreal and Rotterdam come together to showcase their most advanced digital transformation and sustainability projects at their dedicated ‘Smart Ports’ exhibit

Video Ships in Freeport of Riga

Ships in Freeport of Riga