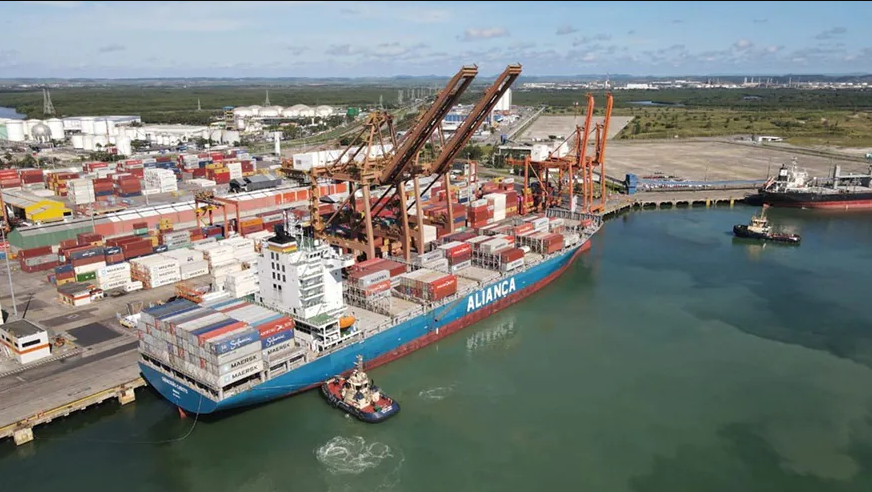 Text and photo by Maersk

“Fuel cells will be applicable as main propulsion power for tugs earlier than for larger vessels and further, the time to build a tug is significantly less than for a container vessel. Svitzer will obtain valuable knowledge and operational experience handling fuel cells as an alternative to diesel or pure electric power. We consider this project a significant step in Svitzer’s ambition to lead the decarbonisation of towage and an important contribution to the joint efforts to develop solutions with a positive impact on the environment.”

Svitzer and Maersk are working closely together to determine technologies that support the overall Maersk decarbonisation journey. The objective is to extract and apply knowledge and operational experience of methanol feasibility from the near shore small scale tug onto larger ocean-going container vessels.

“Fuel cell technology could be a disruptor in the maritime technology space, promising high efficiencies and eliminating the need for substantial amounts of pilot ignition fuels while removing harmful emissions. Thus, we have been monitoring the technology for the last few years, and with the accelerating developments in the ‘Power-to-X’ arena, it has become evident that we should step up our engagement in fuel cells, especially in combination with Green Methanol.”

The 80 tons bollard pull newbuild tug with escort notation will come with a hybrid electrical propulsion system solution where fuel cells can be dimensioned to deliver a specific amount of sustained bollard pull using fuel cells alone, adding additional power from the batteries during the short but often frequent peaks that characterises towage. The fuel cells can be used to charge the batteries when the tug is mobilising and when the tug is berthed, minimising the need for expensive shore side charging facilities. The combination of fuels cells and batteries will deliver a self-sustained tug with longer endurance and with less operational constraints than a pure battery powered vessel.

“Robert Allan Ltd. is very excited to be working with Svitzer on the development of this new tug design.  It is refreshing to work with an operator with such a progressive and forward-thinking attitude and this move towards drastically reducing tug emissions is a bold step. By taking the lead with this technologically advanced project, Svitzer and Maersk are making true and meaningful progress towards a greener future in the tug industry. Robert Allan Ltd. is proud to be a part of this team and we look forward to the challenges and opportunities that this innovative vessel will bring.”

The fuel cell tug will function as a pilot design for future Svitzer newbuilds and is planned to be put into operation within the Svitzer Europe region by Q1 2024.

Captain Robert de Roos Loodswezen Rotterdam - Rijnmond, Netherlands
As a pilot, I am looking forward to use this new, clean but powerful technology !
0
Read more...

by www.MaritimeBulletin.net - published on 13 January 2022

According to Captain’s visual observance and overheard radio talks, bulk carrier OLIVE BAY anchor chain entangled with the chain of another ship, on Jan 8 or 9, in Yangtze estuary between Chongming island and Taicang, Shanghai area.

Article Concept of Reskilling for Automation Collaboration in Maritime Piloting

Advanced automation has been highlighted as contributory to several accidents involving modern bridge support systems and automation aiding maritime pilots for maneuvering and navigation. This paper argues for reskilling for automation collaboration.

Marine-Pilots.com congratulates the UKMPA on the new design and layout of their new magazine "The Pilot". Really well done!
The Pilot Magazine is the official membership magazine of the United Kingdom Maritime Pilots' Association

This week, Kewatec handed over another popular boat, Kewatec Pilot 1630, to the pilot boat operator Gdańsk Pilot in Poland. The fast pilot boat is self-righting and designed with extraordinary safety performance for both the pilots and boat operators.