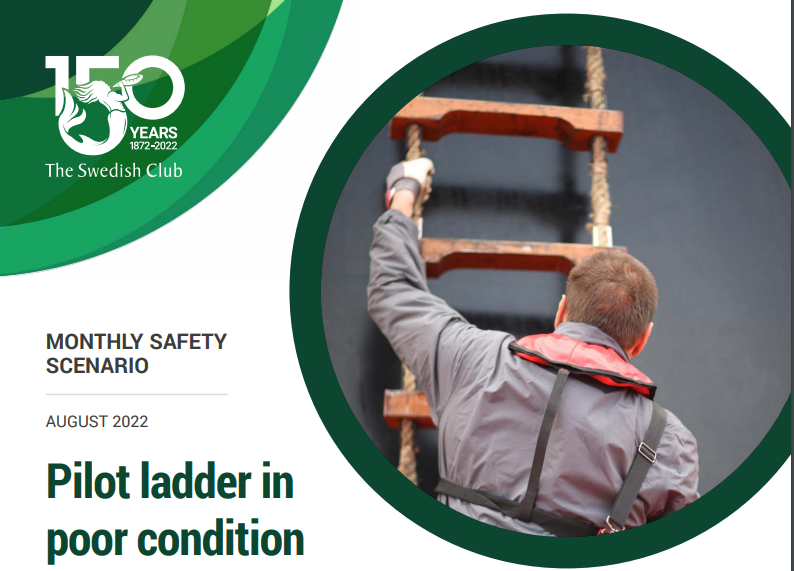 It was a winter morning with calm winds and no swell. The vessel had departed port and was preparing for the pilot to disembark. The Chief Officer had told the bosun to prepare the ladder on the port side. The vessel had discharged all its cargo and was in ballast condition proceeding to the next port for loading. As the vessel had no cargo onboard the freeboard was about 7 meters.

When the bosun had secured the pilot ladder he called the Chief Officer on the radio and told him all was ready for the pilot.

A couple of days before, the safety Officer had done the monthly inspection of the safety equipment and had reported that the pilot ladder was in good, clean condition. The ladder had a four-year old certificate of conformity that was still valid.
Read the whole story here (PDF)

Two new locks were introduced in 2009 for training in the new Panama lock conditions with or without tug(s). This video shows the famous "piston effect" when entering the lock at an impressive speed of 10 knots with a high blockage factor.
Port Revel provides shiphandling training using manned models for maritime pilots, masters and officers: http://www.portrevel.com

The American Maritime Pilot has a special and important job bringing ships into port safely. In the history of pilots Robert Smalls stands out as one of the most heroic and able pilots in American History.
Watch the full video below: