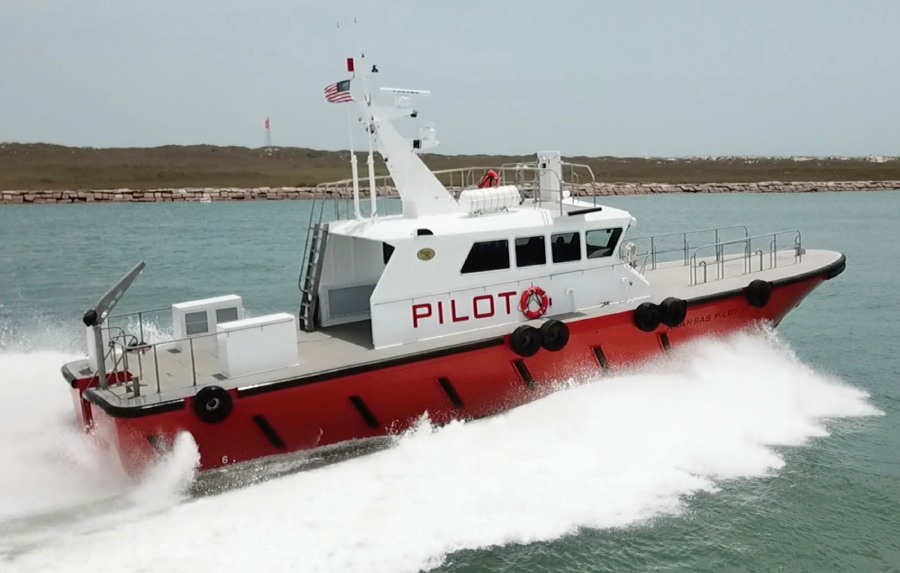 In the 65 years since Roy Breaux, Sr. founded Breaux’s Bay Craft and on down through three generations, the yard has built over 1,700 hulls. Through the regular expansion and contraction of the oil industry, they learned to pivot from market demand to market demand.

Photo: Breaux’s Bay Craft
Even then, there were uncertainties on the horizon. While some demand continued for new and repair work, the company began to pivot. They built passenger vessels, yachts, and patrol boats, each designed to the needs and demands of the individual customer and launched into Bayou Teche near Loreauville Louisiana.

With over 1,700 boats advertising the name over the years, there have been some significant one-off vessels designed and built by the firm. Builders often note that ship’s pilot organisations can be the most particular customers due to their own massive experience in the maritime world. Breaux’s Bay Craft recently gained international attention with the largest, 90-foot (27-metre), all-aluminium pilot boat built in the US for the Sabine Pilots of Texas. After one year in operation, it currently has over 70,000 nautical miles under the keel.

In June 2022, they sea trialed and delivered a 70- by 19.5-foot (21.3- by 5.9-metre) pilot vessel to Aracor of Port Aransas, Texas. Designed in-house in consultation with the pilots, the vessel features a new-generation, inverted deep-V bottom.

Auxiliary power is provided by a pair of 36kW Northern Lights single phase generators with sound enclosures. Tankages on the Aransas III include fuel with 2,500 gallons (9,463 litres), water with 150 gallons (567 litres), and lube oil with 110 gallons (416 litres).