Swimmer killed by Pilot Boat: The ports of Auckland are fined $424,000 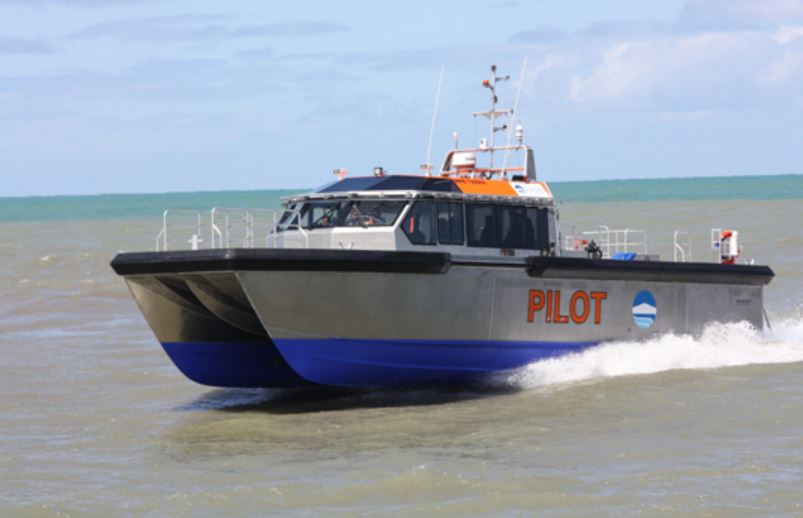 text by Marine-Pilots.com, Safety at Sea and Stuff | photo by Teknicraft Design

The Auckland District Court has fined the Ports of Auckland NZD424,000 (USD300,500) for exempting its pilot boats from speed limits in Waitemata Harbour after a swimmer was struck and killed (April 2017).

“As a family man I understand how much pain his loss has caused, and I profoundly regret what has happened,” said Tony Gibson, Ports of Auckland CEO.

The port authority agreed to pay NZD220,000 (USD145,000) to the family of the deceased. “Speeding increases the risk of collision, injury, and death,” said Keith Manch, Maritime NZ director, in a statement.

Pilot boats exceeded speed limit
The boats exceeded speed limits on between 3,465 and 4,257 journeys, from 20 April 2017 to 31 January 2018, the court heard. A spokesperson for the port authority told SAS the accident that led to the fatality was highly unusual and outside the designated speed zone in open water.
“It is not an area known for swimming,” said the representative. “The master noted that in the thousands of trips he has made, he has never previously seen a swimmer that far out”. On the day of the fatality, the Wakatere pilot boat left its Auckland base at 10:45 am to pick up a surveyor from a ship.

A Maritime NZ investigation found the Wakatere exceeded the 5 knot and 12 knot speed restrictions, passing through the 5 knot zone within 200 metres off shore around North Head at about 36 knots.
About 10 seconds after leaving the speed zone, at the south end of Cheltenham Beach, the crew heard a bang. At the time they believed it was a mechanical fault, the investigation found. The crew slowed the vessel, turned it around, checking for oil or anything else in the water. The crew did not see the swimmer before or after the collision.

A police investigation of the incident began the same day after the man was reported missing. The port authority notified Maritime NZ that the Wakatere might have been involved. The port spokesperson told SAS the death was the result of a tragic accident. The Port of Auckland had previously understood pilot boats were exempt from the speed limits, he said. Ports of Auckland has since changed the route of pilot boats to further from the shore, the port spokesperson told SAS. Its pilot boats now keep within the speed limit in line with the updated interpretation of the exemption, he said.

Pilot Boat ‘Wakatere’
The Pilot Boat ‘Wakatere’ was the first foil assisted catamaran pilot boat in Australia or New Zealand delivered by Q-West and Teknicraft. The origins of the design and build process came from the pilots in Ports of Auckland seeing and admiring Q-West’s Clipper-class vessels operating daily in varied weather conditions.

Ports of Auckland
What's your opinion on this?
Login or register to write comments and join the discussion!
Read more...

UKMPA press release on the death of Captain Pilot Francesco Galia. A tribute.

by Herman Broers - published on 7 December 2020

#MaidenVoyage #HMMalgeciras #HMM
The maiden voyage of HMM Algeciras #11-Antwerp
The beautiful sunset celebrates the first arriving of HMM Algeciras at Antwerp, Belgium. The first largest containership in the world head for London, the last city of the Europe route.

The Louisiade People's Foundation (LPF) has raised serious concern that a Pilotage Service Expression of Interest advertisement has been done without much consultation with the people of the Jomard Passage.