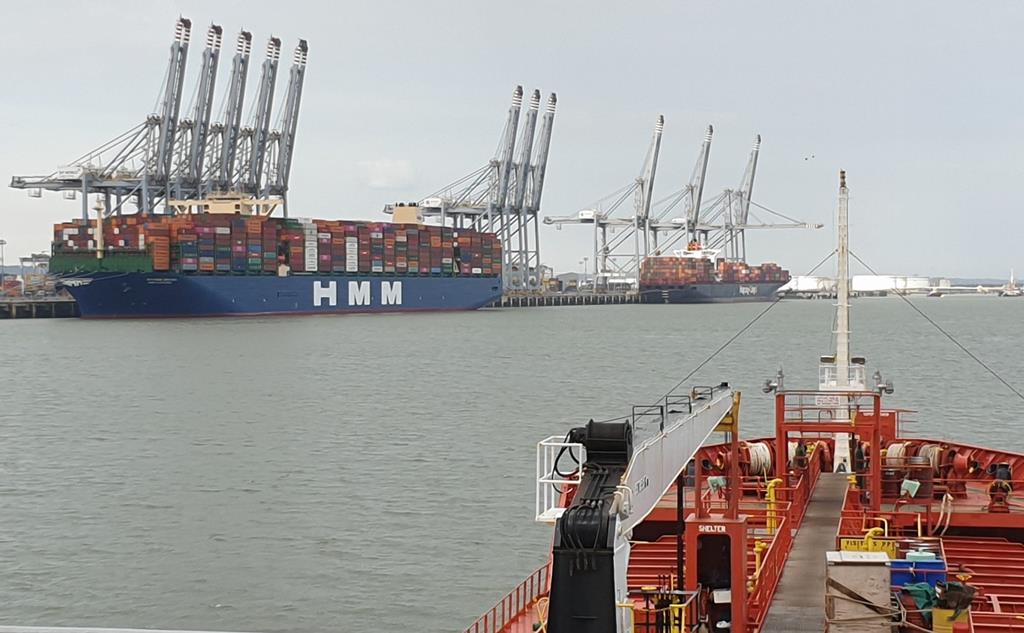 Article first published by Human Rights at Sea (https://www.humanrightsatsea.org). All statements and opinions are from the author.

“The current plight many seafarers are facing, unable to crew change or return home, is being described by many voices within the maritime community as the next humanitarian crisis.”

At present, the solution being adopted by a significant number of flag states, companies and crewing agencies across the globe is to extend the contracts of those currently at sea. The continual extension of seafarer’s contracts, on a large scale, is not a sustainable solution.  It does not take into account the increasing levels of exhaustion and deteriorating mental health of those onboard. Nor does it consider those seafarers stuck ashore, unable to financially support themselves and their families, who will in time look for work elsewhere.

There have been some suggestions that seafarers should go on strike or shipping should be suspended. What would such a world look like from a UK perspective?

Inevitably, there will be a run on the fuel stations. Just as toilet rolls flew off the shelves earlier in the year, any hint that demand could outstretch supply will cause queues and an increase in fuel prices. If it happens in reality, working from home will again become the norm as commuting in your own vehicle comes at too great a cost. The government will prioritise fuel to the emergency services, the military and the agricultural sector, not the general public.

Which may come as a good thing as there will be no more car imports. You may have been saving up for the latest BMW or Audi or Volkswagen, your preference may be for a Peugeot, a Renault or a Mazda. Instead you will have to buy a car made in Britain: a Vauxhall Astra, a Nissan Qashqai or a Honda Civic. That is if all the parts are available in the UK and the machinery, computer parts or electronics are not also among the imports no longer arriving in the country.

The common weekly shop will become a challenge, especially in the supermarkets which usually boast the greatest savings, selling produce from European countries. The shops which sell the most British produce will fare a little better, until supply no longer meets demand. At the height of the COVID 19 pandemic, fishermen who once sold their catch to restaurants or suppliers in Europe had to diversify rapidly in order to sell directly to the public. This will become commonplace, not just for fishermen but for farmers too. However, it will only work locally and they will not be able to supply the UK in its entirety. Allotments will see a surge in popularity and the COVID inspired gardeners will be forced to make their efforts a success. Dig for Britain posters will be back on the streets, a century after they were first used. City dwellers will have to queue in the fruit and vegetable aisles for fresh produce while the millennials learn to use a tin opener on canned vegetables.

GPs and doctors may even start prescribing vitamins. However, prescriptions will be another challenge as the list of medicines usually imported rapidly shrinks along with medical equipment. This will increase the strain on an already overburdened healthcare system. It will become common for pharmacies to refer patients back to their doctor when they run out of supply, recommending alternatives. Hospitals will have to share vital pieces of equipment and waiting-lists will continue to grow. There could be life-threatening consequences.

The government may start chartering flights to ensure vital imports and exports can continue.

The real issue will be in the winter. A significant percentage of gas arrives in the UK via LNG tankers, which then gets stored until required. Demand usually goes up during the colder months as we turn up our thermostats to heat our homes. This demand is also shared with the gas-fired power stations providing our electricity. A demand which will not be met if the gas ships are not operating.

Then there are the jobs which will be lost; not just the jobs in the ports and dockyards around the country… the truckdrivers who ferry the goods from the port to the distribution centres, the staff in the distribution centres, the suppliers without goods to sell… the technicians and engineers with no ships to work on or safety equipment to certify; the maritime schools; the marine insurance companies…

If such a scenario arose, the real solution would be British ships with British seafarers. Each country with its own ships and its own crews. Except world trade is just that: global. Economics is governed by trade, across borders. Countries are unable to meet the demands of their citizens solely with the produce of their own lands. Shipbuilding itself is an international feat.

This is obviously all conjecture.

The truth of the matter is the significance shipping has on our daily lives. Shipping does not exist without seafarers. The health and well-being of seafarers, therefore, is something we should all have an interest in. We must take an interest in them.”

Port of London Authority marine Pilot, Ms. Ivana Carrioni-Burnett, provides a personal opinion and insight into her recent experiences in UK waters as a newly qualified Pilot in relation to her interactions with seafarers away from their families, including during the COVID-19 crisis.

These are the feelings which have been voiced by the crews I have been in contact with during pilotage operations these last few weeks.

We have heard this said about many keyworkers in the UK over the last couple of months. First it was the NHS, then care workers and social workers, then bus drivers, train operators, lorry drivers and the supermarkets.

‘Hostage’: person seized or held for the fulfilment of a condition OR person who is illegally held prisoner until certain demands are met by others

A wonderful poem by Gaylen K. Bunker found on YouTube. As read by the author from bis book "Poems".

We work in an extremely safety-critical field and, therefore, safety is one of our three key values. We ensure safety for people, the environment and navigation.
Read more at: www.finnpilotvuosiraportti.fi/en

Welcome to the 154th episode of the Shipping Podcast with Reshma Nilofer, the first female maritime Pilot in India and one of few in the world. Reshma takes us on a journey on how to reach your dream goals. She is a powerful woman and a role model to many.
Reshma Nilofer was the first female maritime river pilot, and the current Indian President awarded her with the "Woman Power Award" in 2018. The Woman Power Award is an annual award given by the Ministry of Women and Child Development...