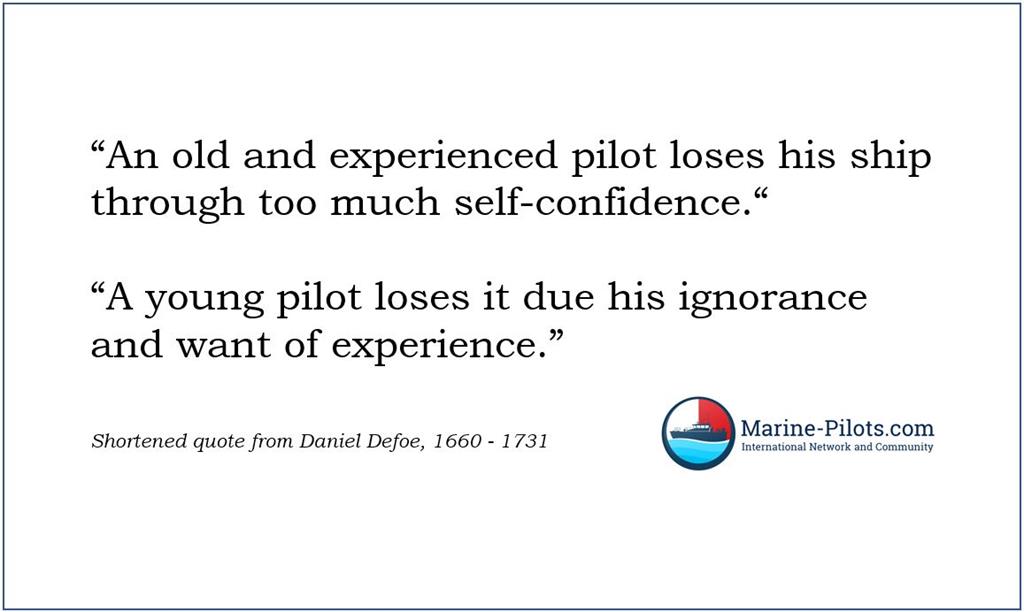 Let us remind ourselves every day of the principles of safe seamanship!

Routine, negligence or even inexperience are the breeding ground for every disaster.


Daniel Defoe
was an English narrator and novelist and intervened in political and religious disputes of his time with numerous pamphlets. He later added a "De" to his name, which gave his name an aristocratic sound.

He was - among other things - the author of the well-known book "Robinson Crusoe".

Daniel Foe was born the son of James Foe, a wealthy London tallow merchant and member of the "Worshipful Company of Butchers", and his wife Annie. The year and place of birth are not known with certainty. Various sources mention the years 1659 to 1662 as probable. Fore Street, Parish of St. Giles Cripple, London, is generally regarded as his birthplace.
Read more about Daniel Defoe on Wikipedia

LuxSpace Sàrl
Editor's note:
Opinion pieces reflect the personal opinion of individual authors. They do not allow any conclusions to be drawn about a prevailing opinion in the respective editorial department. Opinion pieces might be deliberately formulated in a pronounced or even explicit tone and may contain biased arguments. They might be intended to polarise and stimulate discussion. In this, they deliberately differ from the factual articles you typically find on this platform, written to present facts and opinions in as balanced a manner as possible.

Opinion The Secret Life of Pilots

Opinion One of my favorite Marine Pilots' pictures of the year

I think this is one of my favorite Marine Pilots' pictures of the year. Very powerful. What a dynamic photo! The moment was instantly caught by the photographer.

Opening the building to unveil the Pilotboat "Columbia". Preparing for launchday.

Tuco Marine Group has added the new 9,3-meter P-top design to the ProZero series.. The low-weight, semi-open design results in a faster workboat that has a larger operational range and extended working time on sea. The P-top features a protective P-top console solution and flexible seating arrangements which can accommodate up to 12 passengers or a full deck cargo.

Short story about the transformation of Tuban Pilot into Port Master.
And starting from here, the story about ships, ports & all activities at Tuban Port will begin...

Another video by Knud Benedict: This movie reveals some practical insight into regions of course stable / unstable conditions under wind. And I dare to say you can get some insight into other stability types and analogies, too!