Following a high number of fatal accidents in a relatively short period around 2006 the International Maritime Organisation reviewed and revised the applicable regulations.  Currently the minimum requirements are laid down within SOLAS V Regulation 23 which came into force in July 2012 and IMO Resolution A 1045 (A).

It must be appreciated and accepted that compliance with these regulations is a statutory legal obligation, not just a target for attainment.

Results from recent ‘Pilot Ladder Safety Surveys’ carried out by the International Maritime Pilot Association and other regional bodies, continue to show that a considerable number of Pilot Transfer Arrangements are not compliant with legislation. The reasons for this are many and varied.  A contributory factor includes a lack of understanding of the regulations due to an educational gap, which leads to a subsequent lack of knowledge and the core seamanship skills required.

Results from the IMPA survey’s and other similar initiatives consistently record that approximately 20% of pilot transfer arrangements presented are non-compliant.  This figure which is likely to be on the low side, means that one pilot ladder in every five offered is putting a pilot’s safety at a risk level above that which meets the minimum industry standard.

Over the past 5 years a number of initiatives both official and unofficial have been instigated in an attempt to raise awareness of the problems encountered by pilots on a daily basis.  These regional, national and international projects have initially been focussed on addressing the gap in knowledge of the pilots themselves. It is only through having a thorough understanding of the applicable regulations that pilots can be empowered to decline to use non-compliant arrangements, which potentially put their lives at risk.

Many ports now require a pre-arrival declaration that ‘Pilot transfer arrangements comply with the latest IMO requirements’.  This declaration may be requested either verbally by VHF or as part of a written statement. Where a vessel is found not to have a compliant transfer arrangement available she may be denied port entry until the situation is rectified, potentially causing a significant financial cost to the ship owner.

When deficiencies are noted and pointed out to the vessels Master it is common for them to state ‘it’s always been like that, we have never had a complaint before’ or to produce a certificate stating that the arrangement is ‘class approved’. Pilots with a greater understanding of the regulations are now more likely to challenge these statements. Class approval of a particular arrangement does not necessarily imply that it is compliant with International or local flag administration legislation.

Pilots must appreciate they have a responsibility to themselves and their colleagues not to use non-compliant pilot transfer arrangements particularly if they are unsafe.

In many regions of the world including the EU, pilots have a legal obligation to report deficiencies they find when carrying out their duties. Within the UK the correct sequence of events would be for the pilot to first report the deficiencies to their Competent Harbour Authority.  Subsequent reports to the MCA or MAIB may also be required.

Where defective transfer arrangements are reported to a CHA, they have a duty under health and safety legislation to ensure that employees and contractors work in a safe environment. If a pilot correctly refuses to board an inward bound vessel which cannot provide a safe means of access, not only will the ports commercial trade be affected but the port itself will be duty bound to support the pilot’s action.

Author of the ‘Pilot Ladder Manual’, published by the Witherby Publishing Group.

A pilot of Sandy Hook, Dennis Sherwood fell off a ladder while boarding a ship today at 4:30 a.m. and died of his serious injury in Staten Island hospital. Read more...

One of the most grandiose video about Marine Pilots' work. Must see! Read more...

SOMERSET, Mass, − December 18, 2019 – The Association of Maryland Pilots has ordered a new class of pilot boat from Gladding-Hearn Shipbuilding, Duclos Corporation. Called the “Baltimore Class” after the pilots’ base of operations at the Port of Baltimore, the vessel’s delivery is scheduled for April 2021. Read more...

The last month Jan Tiedemann from Alphaliner (BRS) in Hamburg has reported, that DNV GL has awarded Hudong Zhonghua Shipbuilding (group) Co., Ltd. an approval in principle for the design of an LNG-powered 25,000 TEU container vessel. Based upon the reported vessel dimensions, he reckons that the ship could actually have a capacity closer to 26,000 TEU. Read more...

The #DangerousLadders campaign is a global initiative to improve the safety of pilot transfer arrang... View video... 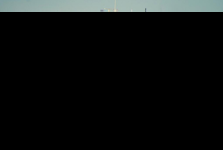