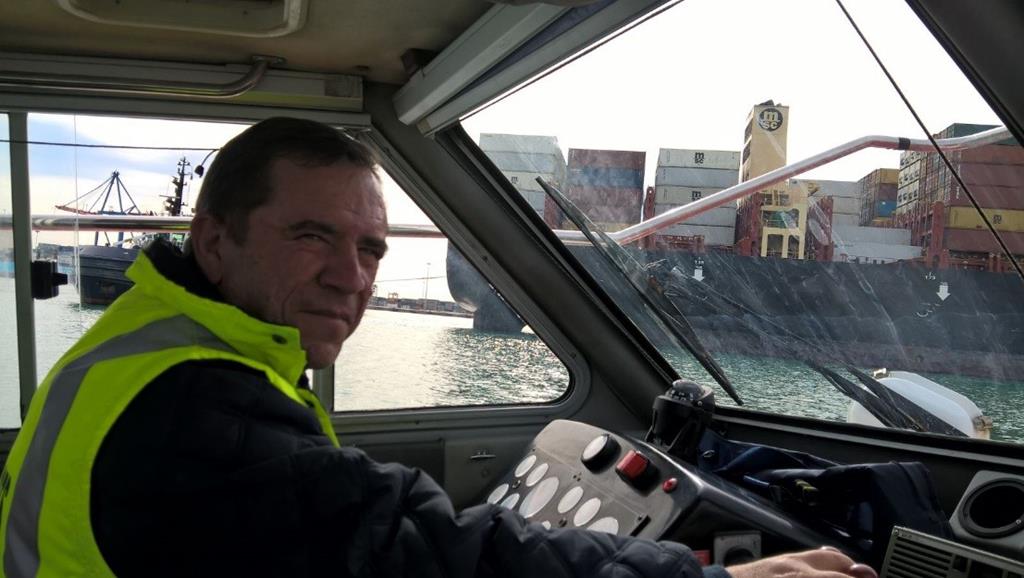 It remains a sad fact that accidents and near misses continue to occur during pilot transfers with frightening regularity. Most of these fortunately do not result in injury, and a surprisingly high number of them are not even recognised for what they are.

Surveys into pilot ladder safety consistently reveal that unacceptably high numbers of pilot transfer arrangements are not compliant with the regulations.

What should be a routine shipboard operation, regulated within the SOLAS convention Regulation 23, updated in July 2012 and the IMO Resolution A 1045 (27) from 2011 is still found to be deficient with alarming regularity.

It is important that all personnel involved in the transfer of marine pilots are aware of the regulations and are able to identify when the boarding arrangements are deficient and therefore unsafe for their intended purpose.
One group of people often overlooked in this procedure are the pilot boat crew members. In August 2013, Ignacio Chofre, a member of the pilot boat crew at the port of Valencia, Spain was so concerned with what he was observing that he tweeted a photograph of a non-compliant boarding arrangement on Twitter.

This thread very quickly became #dangerousladders, and other concerned individuals started to add their own photographs and comments onto this Twitter feed. Following a number of conversations the unofficial ‘project leaders’ decided in September 2017 to transfer the main #dangerousladders initiative onto Facebook in an attempt to raise the profile and to attract a wider audience.

What must be appreciated is that there is no actual #dangerousladders, its just 3 administrators who try to co-ordinate efforts to improve pilot safety. There are a number of individuals located around the world who have a shared passion for this subject and these are the ones who are driving things forward.

One of the earliest decisions was to decide if the group should be open or closed, it was decided to keep the group closed which means that we the administrators have a degree of control over the membership. The site proved to be an immediate success and currently has over 1600 members. Anyone applying whose Facebook shows any links with seafaring will be accepted; at the time of writing only one member has been removed.

In August of 2019 I was interviewed by the Royal Institute of Naval Architects to give comments for their magazine on the subject of ‘Pilot Transfer Arrangements’. This was something I approached with relish because for some considerable time ‘we’ have been aware that ship builders and designers were both important stakeholders who we needed to engage with. The article when published was well received and hopefully will have opened a few people’s eyes.

One interesting question from the interviewer was &lsquo;what, if anything do you think #dangerousladders has achieved&rsquo;? I gave a short answer to this question, but later asked our Facebook page for comments. A total of 47 comments were raised, a few (of the shorter ones) are given below;

Adam Roberts (Port Kembla Pilot)It is a go to forum for questions related to standards.
Given the time zones and member work schedules you would generally expect a pretty quick answer to any questions you might have.

Dave Williamson (Liverpool Pilot) How many members? How many people have posted? How many associated comments? How many pilots now standing firm on what should be proper standards? How many ships regularly reported to harbour authorities and marine administrations?
Time for IACS to re-educate and implement published standards not individual Class Assoc interpretation.
Yes it is having a notable affect.

Arie Palmers  (Netherlands Pilot) i’m very glad this page exists, gave me a lot of awareness.. even though it makes me feel even more unsafe climbing ladders.. cause 5 years ago i didn’t know whT i know now... on the side of the ships: nothing has changed.. they don’t give a shit, exceptions granted off course..

Porthos Augusto De Lima Filho In Brazil we've been inspired by your initiative of creating this group. We are trying to show our Pilots how important it is to exchange information about dangerous arrangements. Thanks for all Pilots that contribute to this forum

Recently one shipping company had two of their vessels included on our page on the same day, when their shore management became aware of the situation they were very quick to praise us for raising the noncompliance’s and enabling them to take action.

Going forward we are hoping to engage further with all stakeholders and the ultimate aim has to be raising awareness to such a level that the IMO realise the need for a review and revision of SOLAS V Regulation 23 and their resolution A1045 (27).

A pilot ladder is a highly specialized form of rope ladder, typically used on board cargo vessels for the purposes of embarking and disembarking pilots.

Video Incident on 31 January 2020 : A rope of the pilot ladder breaks. Pilot could still reach the vessel