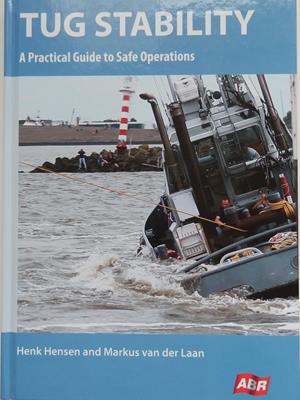 A must for tug operators and tug masters

Numerous harbour tugs have capsized often with dramatic consequences. Stability is a complex subject and mainly a specialism of naval architects. Tug masters seldom have this detailed knowledge – yet they experience the effects of a tug’s stability every day when manoeuvring their tug, either free sailing or when assisting ships.

Tugs will often be working with towline forces, hydrodynamic forces, steering and propulsion forces at or near their maximum with respect to the vessel’s stability. It is, therefore, not just desirable but necessary for tug masters to have at least a basic idea of the elements of stability.

They need to know where the limits are, and what the consequences could be, if tug handling practices don’t conform to the rules of stability in normal circumstances and also when extreme conditions such as dense fog and storms occur.

Furthermore, a tug’s stability is not a static condition but can change with every moment. Alterations in the amount of bunkers or stores, water on deck, slack tanks and ice accretion, all complicate the stability situation.

These various factors could combine to affect stability in a negative way and may even culminate in a very dangerous situation for the tug. In writing this handbook, master mariner FG and pilot Captain Henk Hensen and naval architect Dr Markus van der Laan have focused on the practical aspects of stability, tug design and equipment and also on the consequences of unsafe procedures.

Most items are clarified by simple drawings and photographs in order to optimise the explanations. It is written in such a way that it can readily be understood by all tug masters and all others in one way or another involved in tug operations, regardless of their underpinning education, formal qualifications, nationality or operational backgrounds.

The book is published by ABR Company Ltd. UK, and can be ordered at: www.tugandosv.com

Buy online here
What's your opinion on this?
Login or register to write comments and join the discussion!
Read more...

Humphree motion control systems appear on these pages almost weekly. Established 19 years ago by a group of very experienced Swedish marine engineers, the company has made a distinguished name for its products in the comparatively short time since.

According to a report from the Maritime-Executive.com the Crescent River Port Pilots Association wants to raise the pilotage fee.

The maiden voyage of HMM Algeciras #8-Rotterdam-RWG: The birds-eye view of the largest mega containership in the world on 3 June 2020. Look at the port-side aspect moored starboard-side in Rotterdam.

Opinion A Corrected Version on Positioning of Pivot Point

Pilot disembarkation from ship (kakinada)
Editors note:
The shown protections are very massive in our opinion.
What does our community think about?