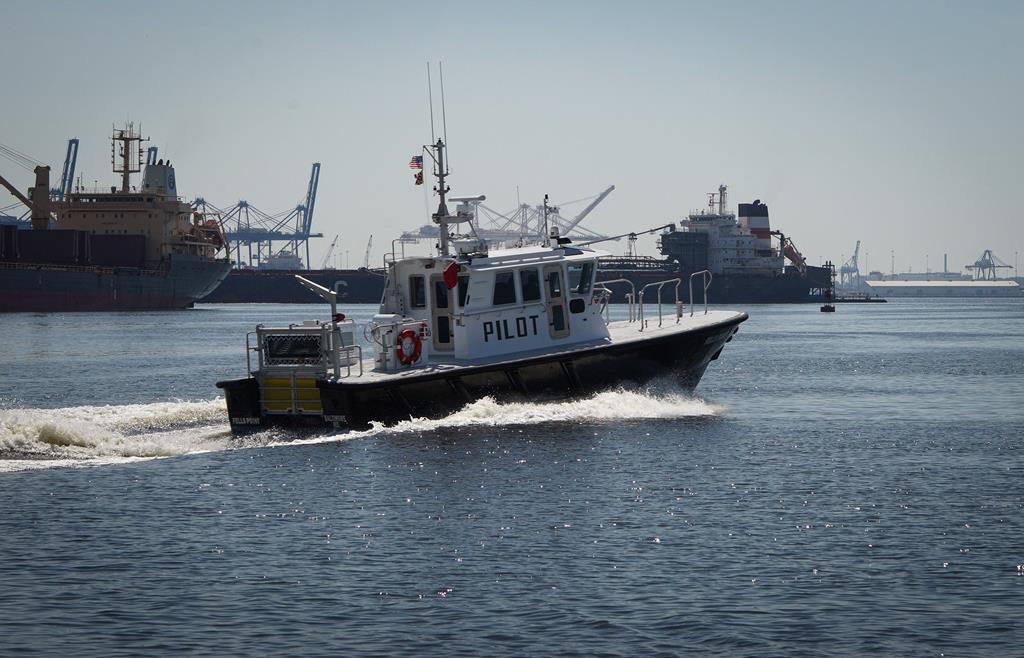 The Association of Maryland Pilots has taken delivery of a new class of pilot boat from Gladding-Hearn Shipbuilding, Duclos Corporation. Called the “Baltimore Class” after the pilots’ base of operations at the Port of Baltimore.

With a length overall of 48.5’, beam of 15.6’, and draft of 4’, the all-aluminum pilot boat features the Ray Hunt Design deep V hull. It is powered by twin Volvo Penta D13, EPA Tier 3-compliant diesel engines, each delivering 600 hp at 1900 rpm, with a top speed of 30 knots. A Humphree interceptor trim-tab control system, with its Automatic Trim Optimization, is installed at the transom.

The wheelhouse, flush-mounted to the deck amidship, features a center-line helm station, five Norsap shock-mitigating reclining seats, a bag rack, refrigerator and a 16,000 Btu reverse-cycle HVAC unit. A second 12,000 Btu HVAC unit is installed in the unfinished forecastle, which includes a Porta-Potty, tool box and storage for safety gear.

Gladding Hearn Shipbuilding
What's your opinion on this?
Login or register to write comments and join the discussion!
Read more...

Practicing in the new port before we have todo it for real.

At 244 meters long, 42 meters wide, made up of 57,000 tons of steel and carrying approximately $41 million dollars’ worth of cargo, when the personnel at Teesport bring the Agathonissos – and vessels like her – into dock, there’s no room for error.
Watch this video to see how SafeTug helps to simplify this complex process, giving tug skippers, ship pilots and port personnel the vital information and situational awareness they need to bring her in safely.

Port Revel is used for shiphandling training of maritime pilots, masters and officers on a 5 ha lake with 11 manned model ships representing 20 vessels, and 4 tugs at scale 1:25 and DGPS tracking system. Instructors are former maritime pilots.
Training on the scale models provides experience that could never be gained on real ships for the simple reason that neither ship-owners nor local authorities would allow such risks to be taken. Scale models allow the shiphandler to make mistakes....

This vlog is all about a Marine pilot who performs his duty religiously in such pandemic outbreak.
So do watch it’s interesting.

Article A review of the ship’s pivot point: Science, Maths and Observation’ Where is the centre of a ship’s rotation?
42