Sanmar Shipyards completes record number of vessels in a month 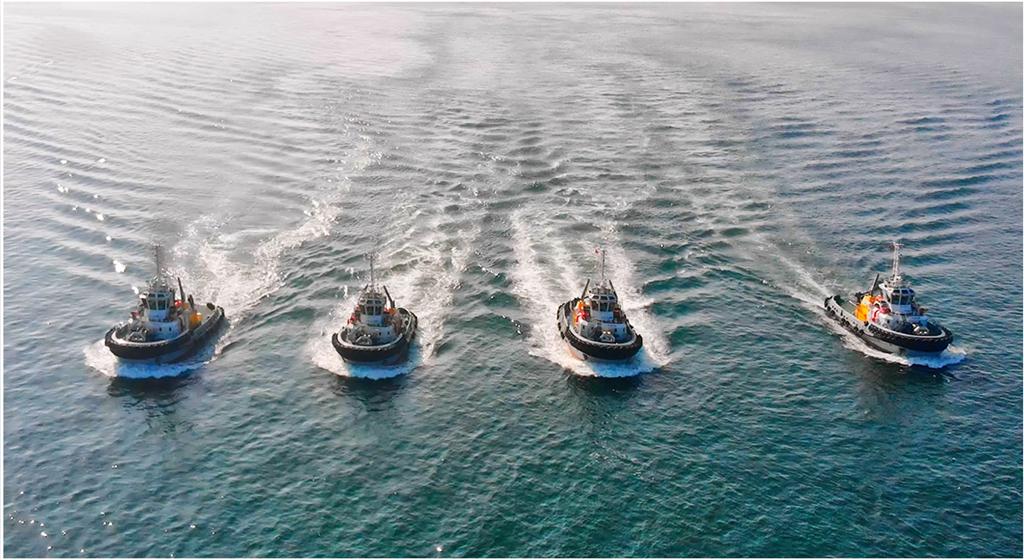 Sanmar Shipyards is celebrating completing a record number of vessels within one calendar month, with six tugs and two pilot boats gaining their class certificates during January 2022.

The record-breaking start to the New Year takes the total number of projects completed by Sanmar to more than 300, with 302 being completed to date.

Sanmar builds state-of-the-art technologically-advanced tugboats at its two custom-built shipyards in Turkey. Its production capacity will be boosted further when a third yard, acquired in 2021, becomes operational and is optimised for the construction of Sanmar’s new ElectRA electric tugboat series, designed by Robert Allan Ltd.

Ali Gurun, Vice President of Sanmar Shipyards, said: “This is a tremendous achievement and I would like to thank everyone involved, not only here at Sanmar, but also those involved at every stage of these projects at our suppliers, design partners and clients. I look forward to our new yard coming online so we can offer an even greater service to our customers.”

Four of the tugboats completed in January are Kocacay series ASD tugs for Pakistani operator PQA, with bollard pulls ranging from 76 to 86 tonnes. Based on the exclusive-to-Sanmar RAstar 3200SX design of escort/offshore terminal tug from Robert Allan Ltd, the tugs have the unique sponsoned hull form developed exclusively by the Canadian naval architects.

Three of the tugs, known as Kocacay IV, Kocacay V and Kocacay VI while under construction, but renamed GHARO, MALIR and KORANGI by their new owners, are powered by two 2,350kW main engines while the fourth, Kocacay VII renamed PIPRI, has two 2,525kW main engines. MALIR was Sanmar’s 300th project. PQA also purchased the two Sanmar Pilot boats, which it has renamed PB HEER and PB SASSI.

The two other tugboat projects completed in January were both Bogacay series ASD tugs based on the exclusive-to-Sanmar RAmparts 2400SX design from Robert Allan Ltd. These twin Z-drive, diesel-powered tugs have been designed for maximum efficiency in the performance of ship-handling duties for seagoing ships.

Bogacay XLIX which is powered by two 1,765kW engines and has a bollard pull of 60 tonnes, has been renamed MED CAPELLA by its new owners MedTug. It will operate in the heart of northern Europe.
Sanmar Shipyards
Aydintepe Mh.
What's your opinion on this?
Login or register to write comments and join the discussion!
Read more...

Canaveral Pilots Association (Canaveral Pilots) has partnered with naval architecture firms Glosten and Ray Hunt Design (Ray Hunt) on a pilot/demonstration project for the design, construction, and operation of an electric pilot boat. The boat will feature a battery-electric propulsion system with an emergency 'get home' diesel engine. Once in service, it will serve as one of two primary boats for supporting pilotage operations in Port Canaveral.

The innovative and newly set up ship builder Wallaby Boats GmbH (WB), based in Kappeln,
Schleswig-Holstein, Germany, has decided in the investment to build the world’s first crew transfer
vessel/daughter craft (CTV/DC) with a suspension system.

Join me as I take a ride along with the St. Andrew Bay Pilots Association. We are going offshore in Panama City to bring back 2 Pilots and two coastguardsmen from a ship leaving port. It's awesome to watch the skill and teamwork it takes to safely transport Pilots and other personnel on and off these large ships. Special Thanks St. Andrew Bay Pilots Association Captain Zach Condon, Chairman Captain Phillip Brady III US Coast Guard ATON Team Chief Tom Ball Petty Officer Brendon Blackwell...