Another story of “Strange things happen at Sea” by Alex Lang 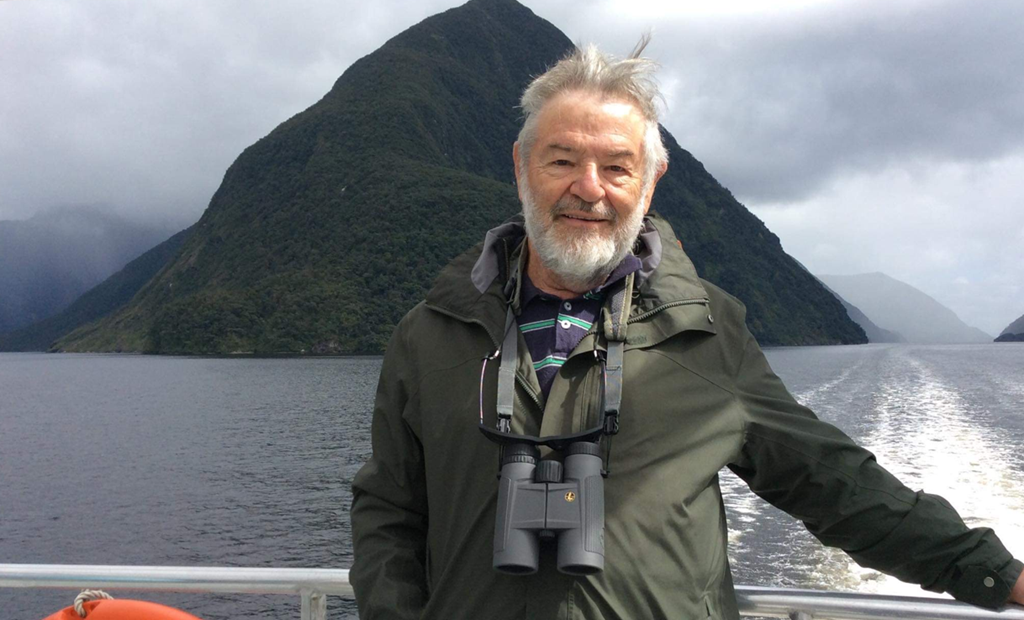 Text and photos by Alex Lang, retired pilot, pilot for 28 years in New Zealand and Australia.

When I worked at the Port of Townsville in North Queensland during the eighties and nineties, the Port handled just about every type of ship imaginable. Passengers, Container ships, Naval vessels from the US,UK, NZ and Australia, tankers for the carriage of petroleum cargoes as well as bulk molasses. Then came large car/vehicle carriers, livestock-cattle carriers, dry bulk carriers for cement, coke, mineral concentrates, fertilisers, and sulphur.

Then ships for the carriage of the export 4 ton blocks of lead and zinc and copper concentrates from the inland mines of Mount Isa, down to ex oil rig tenders and small landing craft that carried containers hundreds of miles up the Fly River in Papua New Guinea.

Bulk Raw sugar was exported in large quantities, however the freight rates on raw sugar were not that high, and consequently the type of ship employed were those getting towards the end of their days. These types of bulk carrier brought their own problems in that the sugar was loaded at over 2000 tons per hour and often their deballasting pumps could not keep up with the loading rate. To alleviate this problem these older ships would endeavour to pump out as much ballast as they could prior to getting alongside. This in turn led to excess draft between bow and stern which then made the ships very difficult to manoeuvre in the narrow approach channel with any cross wind, as well as turning the vessel to face the port entrance before being put alongside the wharf.

Ships would always try to minimise any delays which would count against them in the Charter Party agreement and for this reason, Queensland Ports had a fairly simple rule requirement to counter ships tendency to present for Pilotage in an unsatisfactory condition. It stated that the propeller must be immersed and the forward draft should be 10% of the LOA (Length Over All). For instance ships with an LOA of 150 metres should have a Forward draft of 1.5 metres and the propeller fully submerged, this was still pretty minimal but adequate.

One Korean Company had two fairly old ships that came fairly regularly to Townsville for sugar and most times adhered to the Port requirements. On one occasion in November 1986 I was approaching the M.V. Moksong and could see that it seemed to be ‘flying high’ and closer inspection proved that the captain had chosen to ignore the rules, as the forefoot of the bow was completely out of the water and consequently a huge trim by the stern.

I was having problems communicating by radio so decided to go aboard to make sure the Captain understood the Port regulations and that he would be delayed until he complied. Having climbed the slab side of the ship high out of the water then five decks up to the bridge I found the Master could speak enough English and I’m sure he understood alright. He alternately pleaded with me between shouting at the Chief Officer trying to blame him for the predicament when he knew his ship would be delayed. Then he tried to turn his charm on me by saying yes he knew he was wrong but that “I” could do it (the pilotage ) and get him out of trouble.

I compromised by telling him to ballast his forepeak, and if I could see the bow getting deeper and as it was a nice day with little wind I might relent! The pilot launch crew were monitoring the forward draft and when it was reported that the draft was increasing I made the decision to take the ship into port as it was over an hour down the narrow dredged channel before the turning basin and where the sugar terminal berth was located, which would give some time for the forepeak tank to be partially filled. The captain during this time seemed slightly unhinged as he had been screaming down the engine room phone, obviously giving orders to pump ballast, then trying to be as nice as ‘pie’.

Shortly after, I headed the ship into port and was committed to the dredged channel and thought things were going reasonably well and under control. Suddenly the captain gave a horrible shriek, then clutched his chest and fell writhing on the deck of the bridge. My first thoughts were he’s had a heart attack and I’ve killed him from too much stress.

Before I knew it, it seemed half a dozen crew members were on the bridge and carried the flaying captain down below to his room. I radioed in a medical emergency to the Port authorities and was left on the bridge with a 3rd Officer who couldn’t seem to understand or speak any English, but the helmsman understood the helm orders I was giving. When my own heart rate had come down a touch I was able to then plan ahead to get the ship safely alongside. I was able to operate the engine room telegraph which normally would fall to the bridge Officer from my orders to the captain.

Two tugs were waiting off the berth as normal, and after making them aware of the situation I got the ship alongside and with the tugs both pushing up to pin the vessel, the gangway was lowered to get the ambulance crew on board, quickly followed by Customs and Agriculture Officers.

It probably took another twenty five minutes to make the ship fast and dismiss the tugs before I could leave the bridge and find out what was happening down below? When I got down to the Captain’s cabin I was utterly amazed to see him holding forth with the Port Authorities as if nothing had happened!. When the formalities had been completed and the ship cleared for entry, the ambulance crew took him to hospital for assessment. It turned out he was an epileptic and had an epileptic fit. The crew obviously knew what to do when they carted him off the bridge in quick time. He almost gave me a heart attack, that’s why I never forgot that particular pilotage.

The Moksong sailed the next day for Korea with a full load of sugar, and the captain seemed quite normal and never said a thing about the incident. Sometime later the other Company ship the Hwa Song arrived again for another load of sugar and as luck would have it I was the pilot, so I enquired about their other ship and its captain. After some hesitation I was informed that that captain no longer worked for the company as his medical condition now prevented his employment.
I often wonder how easy it is to cover up “A disaster waiting to happen”

Login or register to write comments and join the discussion!
MS
Mustafa Sökükcü UZMAR Uzmanlar Denizcilik, Turkey
thanks for sharing

Editors Note: Unfortunately this YouTube video - although publicly available - was not authorised by the responsible official bodies. Out of respect for the local organisation, we have decided to stop showing the video link to YouTube here. We ask for your understanding!
Join us as we take a pilot 5 miles out to sea to meet a huge 80,000 ton oil tanker arriving outside Port Phillip Bay in Melbourne, Australia!

She was the talk of the town and now she is gone till the next time. The Navios Unite, as she is called, is 1,100' long and 140' wide. That is 8' longer than a Nimitz class aircraft carrier and 6' wider at the waterline. The ship is so wide, it requires two pilots to transit. While in the top 5, it isn't the largest ship of any type to ever transit the river, but it is the largest container ship to do so.

Serious Injury to Pilot delves into a real-world incident that resulted from a lack of attention to detail. A pilot falls from a ladder due to negligence.
Visit https://maritimetraining.com/Course/Serious-Injury-to-Pilot to purchase the full-length version.

Barracuda comes to shepherd SS Shieldhall into Poole harbour on the 4th of September 2021. The day the biplane crashed in front of the Haven Hotel at Sandbanks.

Article Latest Edition of "The Pilot" by UKMPA released
216