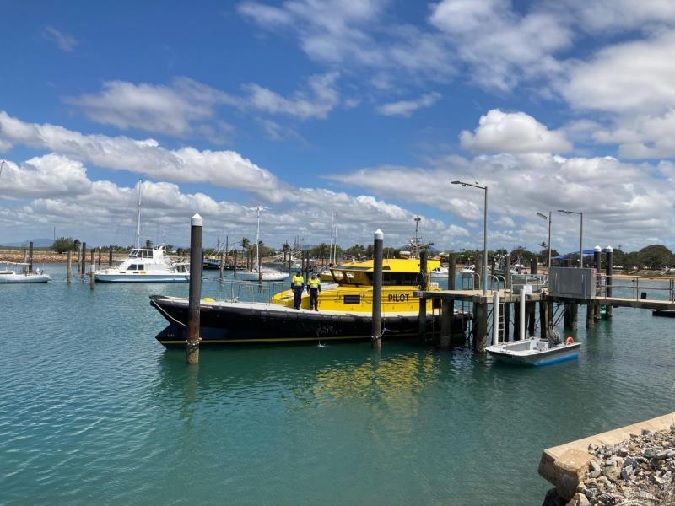 Engage Marine has announced that it recently awarded the marine pilot transfer services contract by the Port of Townsville.

Engage have now begun operations which includes the maintenance of the Port of Townsville’s pilot boat vessel ‘Mantaray’ and the safe transfer of marine pilots onto vessels arriving and departing into Abbot Point.

Engage Marine CEO, Mark Malone, said “we are pleased to be awarded this contract, which in conjunction with the towage services contract, will allow Engage Marine to deliver operational efficiencies to the port’s stakeholders at the Abbot Point terminal.”
Original Article

Shipping Australia Limited
What's your opinion on this?
Login or register to write comments and join the discussion!
Read more...

According to a report by thebahamasweekly.com, IMS Bahamas’ Marine Pilots have been licensed by the Ministry of Transport and the Port Department to Pilot vessels in the Greater Bimini Area.

The British Ports Association has launched a new initiative looking at the implications of autonomous shipping for UK ports, including a call for evidence from interested parties. Maritime Autonomous Surface Ships (MASS) involves the automation of vessel and onboard processes which could alter how ports and ships interface with each other. The BPA which represents the majority of UK port activity including 85% of the shipping movements in and out of the country, is keen to explore what the future developments of shipping will mean for the sector.

Article Compulsory pilotage in force to and from Shenzhen's Yantian terminal

Compulsory pilotage will now be required for dry cargo and passenger vessels over 3,000 gross tonnes and tankers of 1,000 gross tonnes transiting eastern Hong Kong waters to and from the area of Yantian Container Terminals and Dapeng LNG Terminals, according to a Hong Kong Government Ordinance.