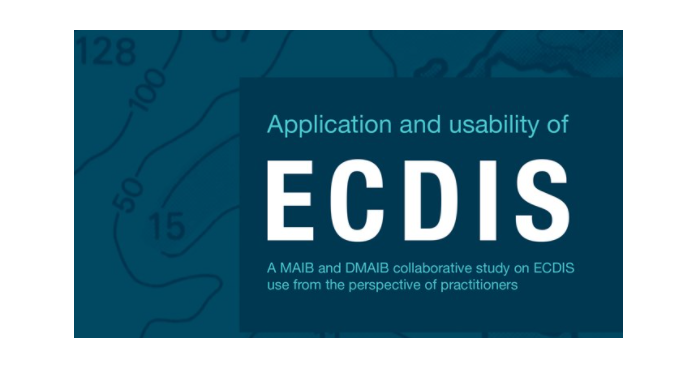 Investigation of groundings since 2008 have repeatedly shown that where ECDIS was the primary means of navigation it was not being used to its full potential. There was a significant mismatch between the intention of the performance standards and system designers, and the way the watchkeepers were using the system. This study set out to understand whether the findings of accident investigations could be extrapolated as representing the wider marine industry and, if so, why.

Unsurprisingly, the study found a wide spectrum of ECDIS integration and usage, and users were unanimous that the real-time positioning provided by ECDIS was a major contributor to safe navigation. However, thereafter the picture was bleak. Despite being in service for nearly two decades ECDIS could, at best, be described as being in its implementation phase. Specifically, most of the automated functions designed to alert the watchkeeper to impending dangers were not easy to use and lacked the granularity for navigation in pilotage waters. The consequent high false alarm rate eroded confidence in the automated warning, and most operators disabled the alarms or ignored alerts. To be an effective tool for safe navigation, ECDIS needs a high degree of operator input but many watchkeepers appeared to have limited understanding of the systems they were using, and in the main only used them to the extent they felt necessary. Current system shortcomings, compounded by limited bathymetry data, make safe navigation challenging and do not augur well for future automation of the navigation function.
The report can be downloaded in PDF format here.
What's your opinion on this?
Login or register to write comments and join the discussion!
Read more...

Video PILOT ON BOARD VIA HELICOPTER

Falmouth Harbour (FH) is inviting boat builders around the UK to tender for the construction of a clean, green, fuel-efficient pilot vessel to join a fleet operating 24/7, 365 days a year and completing more than 1000 boardings and landings per year within the Falmouth Pilotage Area.

Video How seafarers are helped to pilot autonomous vessels?

More on the power of Simulation and Training: https://pages.wartsila.digital/simulation-and-training-yt
ISTLAB photos by SAMK / Pekka Lehmuskallio

#PilotVessel "CATAMARÁN ANTARES"/ On board #PilotBoat "PAX"/ #CanalAccesoAPuertoLaPlata #pilots #pilotonboard #RioDeLaPlata #Argentina / 02.November.2022 This video shows, the moment which the Pilot Vessel "CATAMARÁN ANTARES", after departured from #LaPlataHarbour went to the Boarding Point in #ZonaComún to embark and disembark #Pilots #LaPlataHarbour . These images were taken on board the Pilot Vessel "PAX" (inbound vessel), when she was underway inside the #CanalAccesoAPuertoLaPlata...

Boarding a vessel at sea is no simple task. This video provides detailed instructions and demonstrations about safe boarding of vessels.