The Secret Life of Pilots 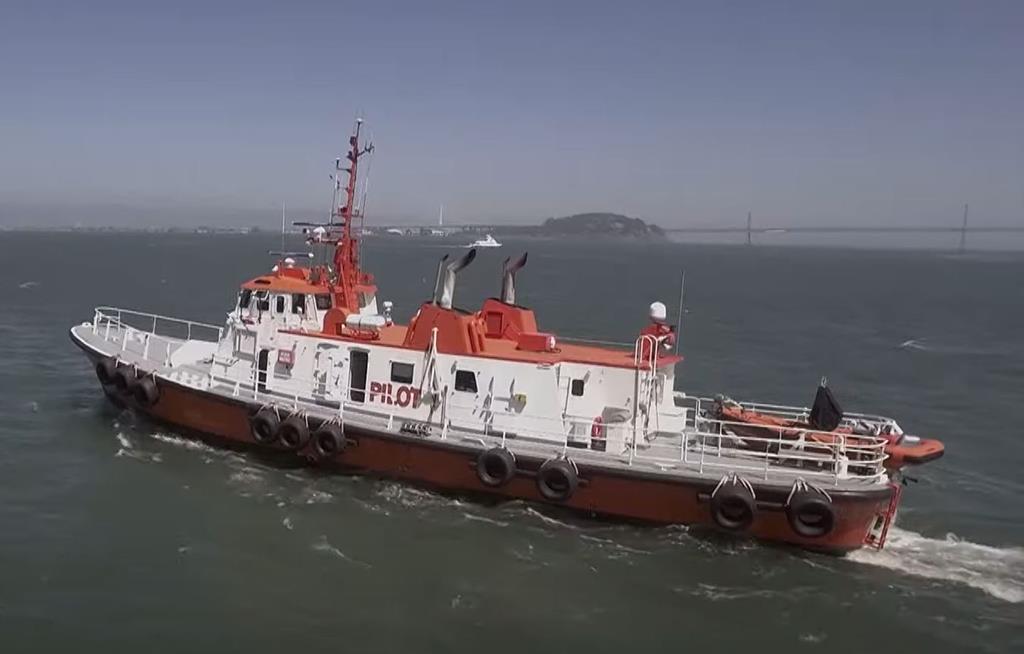 There has been a great deal of hand wringing about “supply chain” issues during the pandemic. The average reader on this website is probably already aware of the important role the maritime sector plays in that supply chain, but the general public seems blissfully ignorant of how that big-screen television (they are contemplating purchasing) at the local big-box store got to the shelf. “In fact, it is truly a compliment to all of us in the supply chain that we have pulled off the most improbable of feats: being both ubiquitous to the world economy and invisible to the world’s consumers at the same time.” [1]

All the recent scrutiny of the supply chain has shone a light on the maritime sector, and not always in a good way. I am thinking, of course, of the M/V EVER GIVEN, stuck sideways for six days in the Suez Canal. Alas, the 24-hour news cycle and our ever-diminishing attention spans [2], means the focus on ships and shipping will fade from “front page” news all too quickly.

Typically, when the occupation of “pilot” comes up in polite conversation, it’s clear that airline pilot is what first comes to most people’s minds. But in fact, when you look up “pilot” in the dictionary, the first of five definitions is “a person who is duly qualified and usually licensed, to conduct a ship in and out of a port or in special waters, often for fixed fees, and who, while in charge has the whole conduct of her navigation.” The lowly Airline pilot comes in fifth, behind “a guide who leads along a difficult or unseen course,” a “fish” (Menominee Whitefish), and a “Cowcatcher on a train locomotive” (also called a pilot).

The relative obscurity that surrounds the maritime pilot’s work is not because it is a new profession. Quite the opposite, it is one of the world’s oldest professions, with mentions of piloting in Homer’s “Iliad” (8th Century B.C.) and the Old Testament. While pilotage in some form existed for centuries prior, the first “organized” pilot service appears to have originated in the Netherlands in the early 1800s. A Hollander named Frans Naerebout is generally recognized as the father of modern pilotage as a profession, and he is credited with developing piloting into the art and science it is today.

Allen Garfinkle, Executive Director – Board of Pilot Commissioners for the Bays of San Francisco, San Pablo, and Suisun. Photo taken from YouTube

Allen Garfinkle, Executive Director – Board of Pilot Commissioners for the Bays of San Francisco, San Pablo, and Suisun. Photo taken from YouTube
The fact that Piloting is “off the radar” of the general public might be traced back to the profession having its roots in the “Guild System.” Guilds were benevolent societies, typically comprised of artisans or merchants, who found that key “guild principles” of cooperation and solidarity promoted the common goals of their profession. Piloting was one of those professions that embraced this format, and vestiges of the guilds can be seen in modern piloting associations. The characteristics of guilds, which make it well suited to pilot organizations even today, are a voluntary basis of association, a fraternity of membership, a high degree of interdependence of its members, an organization based on democratic principles, joint determination of working conditions and remuneration, common funds for the common good, regulation by a sovereign body, common ownership of assets, and a joint effort for the common welfare and protection of its members [3].

Typical of guilds of the time, pilots elected their own officers, admitted desirable members, established apprenticeship programs, and provided for their member’s general welfare. Guilds guarded their knowledge fiercely and passed it on through apprenticeships, furthering the impression of guilds as “secret societies”. The practice of apprenticeships within the guild system resembles the pilot training programs that exist today, with perhaps the exception of banning matrimony, which many guilds ranked on a par with haunting alehouses or playing at dice.

With the coming of the industrial revolution, the benefits of and reliance on guilds diminished, but piloting remained well suited for this structure, as pilots relied on an individual’s training, knowledge, and skills. This structure evolved into the pilot associations that are prevalent in the profession today.

Further adding to the mystery of the piloting is that it is practiced out of sight of the public. The fantastic feats of skill and bravery exhibited during embarking and disembarking ships is visible only to the pilot boat crews and those aboard the ship, as this happens well offshore in many regions.

This boarding offshore typically involves a transfer between a (relatively) small pilot boat and an enormous ship, or in some jurisdictions, from a helicopter to a ship. When landlubbers first learn of how pilots board ships at sea, they can hardly believe, in this modern-day and age, pilots still leap from the deck of a pitching and heaving pilot boat to grab onto a rope ladder dangling from the side of a large ocean-going freighter or tanker. Because this transfer takes place out of sight to all but the ship’s crew and the crew of the pilot boat, this highly dangerous and somewhat heroic activity goes unknown to the public.

Even more spectacular is the process of disembarking a ship at sea, particularly at night and in heavy weather, when the pilot, halfway down the tiny rope ladder, grasps a “manrope” (a rope line dangling next to the rope ladder) and rappels off the side of the ship, hoping to land on a small patch of the deck of the moving pilot boat waiting below.

If this sounds dangerous, it’s because it is! In one year, not that long ago, six pilots in the United States lost their lives boarding or disembarking ships. Quoting (a huge understatement) from the IMO [4] website: “One of the problems encountered by pilots is that of getting on board the ship – particularly when the weather is bad or the ship is very large.” In an effort to address this problem, the IMO has adopted pilot ladder safety standards to encourage international cooperation in implementing safe practices with regard to pilot ladders.

Finally, piloting is made more mysterious since, in most cases, pilots work alone. By this, I mean when they board a ship, they enter a world inhabited by the ship’s crew, where they are a stranger, an outsider, who may or may not share a common language. Often the ship’s master and officers speak one language, and the crew another. When the pilot issues orders for helm or engine speeds, it may be repeated, to those who actually implement the orders, in a language he doesn’t speak, trusting (but verifying by keeping an eye on the instruments) the order is transmitted correctly. After boarding, a pilot climbs up to the bridge, where following greetings and a short conference with the master about the details of the ship, crew, and voyage plan, takes the conn and working somewhat autonomously [5], maneuvers the ship safely to its destination. In most cases, a pilot is a stranger on every ship they board, yet they must display the kind of confidence and self-assuredness that builds the trust necessary for the Captain and crew to follow his orders.

If all this mystery, obscurity, and danger haven’t scared you away, perhaps a career in piloting is right for you. Many consider piloting the pinnacle of maritime jobs. Across the board, the compensation packages for the piloting profession are among the highest of all maritime careers, and you get to share in, what is arguably the best part of working on ships, the arrivals, and departures from port!

If you think a career in piloting is right for you, the Board of Pilot Commissioners for the Bays of San Francisco, San Pablo, and Suisun is seeking candidates for training and will be hosting an exam in June to select trainees for state licensing in San Francisco Bay. Visit https://bopc.ca.gov/application/ for more details!

The article was written by Allen Garfinkle, Executive Director – Board of Pilot Commissioners for the Bays of San Francisco, San Pablo, and Suisun
_______________

1 “The Goods Won’t Move By Themselves”, Mike Jacob, Pacific Merchant Shipping Association West Coast Trade Report, October 2021, page 13.
2 “Our attention span is shorter than a goldfish’s. Here’s what we can do about it”, Jill Ebstein, Commentary, Orlando Sentinel, July 6, 2021
3 “State Pilotage in America”, Clothier and Lowe, 1979. Published by the American Pilots’ Association
4 International Maritime Organization
5– Pilots, while working with the bridge team, are generally not considered members of the bridge team, and consider the crew as bridge resources.
https://bopc.ca.gov/application/

San Francisco Bar Pilots
Editor's note:
Opinion pieces reflect the personal opinion of individual authors. They do not allow any conclusions to be drawn about a prevailing opinion in the respective editorial department. Opinion pieces might be deliberately formulated in a pronounced or even explicit tone and may contain biased arguments. They might be intended to polarise and stimulate discussion. In this, they deliberately differ from the factual articles you typically find on this platform, written to present facts and opinions in as balanced a manner as possible.

Login or register to write comments and join the discussion!
Jv
Jan vanderDoe Netherlands
A reminder, remarkably interesting and so true.
A pilot was for me always the last shackle I had with the country and loved ones when departing.
1
Read more...

The Dutch coaster Mv. Stroombank is leaving the port of Figueira da Foz in Portugal. Normally operations are restricted to daylight only, but because bad weather was forecasted for the days to come we've received an exemption and were allowed to depart during dark hours. Cargo operations were running close to the departure deadline so we quickly secured the cargo and prepared the vessel for sea. The tide was running out so we used the forward spring to keep position as we went slow astern...

A ride along with a harbor pilot as he guided a cargo ship from Galveston Bay through the Houston Ship Channel into a port on Buffalo Bayou.

ABB, together with Singaporean shipyard Keppel Offshore & Marine (Keppel O&M), has successfully carried out South Asia’s first remote joystick control of a tugboat in the busy Port of Singapore.
The Port of Singapore, with more than 130,000 vessels calling annually, presents one of the most complex settings for autonomous harbor operations in the world. The trial marks a major milestone in validating the increased safety and efficiency of tug operations utilizing digital solutions already...

The vessel 8T gross tonnage above necessary inland and harbor pilot before inter the port of Japan.