No consultation for Pilotage at Jomard Passage (Papua New Guinea) 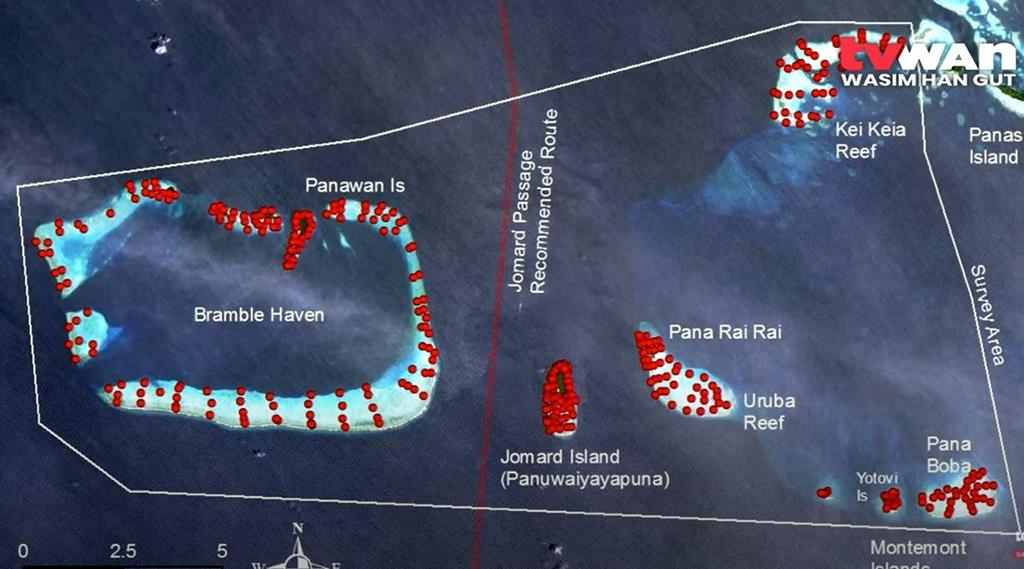 The Louisiade People's Foundation (LPF) has raised serious concern that a Pilotage Service Expression of Interest advertisement has been done without much consultation with the people of the Jomard Passage.

LPF President and Chairman, Jerome Tioti said the Jomard Passage discussions are a sensitive issue for the island people and for many years have waited. For many years, they have waited for the government to do right by them, but once again, have been left out.

Located between Milne's Bays Louisiade Archipelago and the passage that connects the Solomon's Seas with the Coral Seas, is the Jomard Passage. In 2020, the National Executive Council approved the passage as a mandatory pilotage and marine conservation area due to the marine life surrounding Jomard Island that is extremely diverse in nature and needs to be protected from the impacts of oil spills, marine debris, and physical harm caused by grounding of ships and vessels.

In a statement, Tioti urges authorities to engage in meaningful and genuine consultation with the people, with their prior informed consent before calling for pilotage bids.

Recalling past experiences, Tioti said, "We had a very bad experience with the former Misima Mines which supported the economy during the downturn of the Bougainville Copper Mining and people are still struggling to recover from the environmental effects of the mine as we speak. We are adamant that proper consultations must take place."

Tioti said the local people are still awaiting the government process of landowner identification. He said the matter will be raised with the MP for Samarai-Murua Is' Henry Leonard. to take up with relevant authorities including the government.

"The people of Louisiade Archipelago are matrilineal hence the issue of ownership is sensitive. This must be treated with utmost respect and done well of the project will have serious problems especially when it comes to benefit sharing."
The issue of the Jomard Passage was also raised on the floor of Parliament in a 2021 by former Minister for Transport and Infrastructure and current Minister for Commerce and Industry, William Samb, urging stakeholders and leaders of the province to unite and mobilize the people within the area to reach an agreement.
Original source (Feb 2022)
Watch also the following video on the matter:

Video: Jomard Passage Concerns
What's your opinion on this?
Login or register to write comments and join the discussion!
Read more...

The NEC approved mandatory pilotage and marine Conservation area – Jomard Passage, in the waters of Milne Bay Province is a declared Particular Sensitive Sea Area that needs special protection. Recently, the Louisiade People’s Foundation raised serious concern that a pilotage service expression of interest advertisement had been done without much consultation with the people of the Jomard Passage. #pngnews #looppng #tvwannews LATEST NEWS: http://www.looppng.com/ SUBSCRIBE to Loop PNG on...

Article 2022: A large vessel is to cross an ocean autonomously

For the first time, a large vessel is to cross an ocean autonomously. The giant, developed by Hyundai, could usher in a new era of seafaringt: 300 metres long, 50 metres wide, with space for 180,000 cubic metres of liquid gas.

Article Latest Edition of "The Pilot" by UKMPA released
223