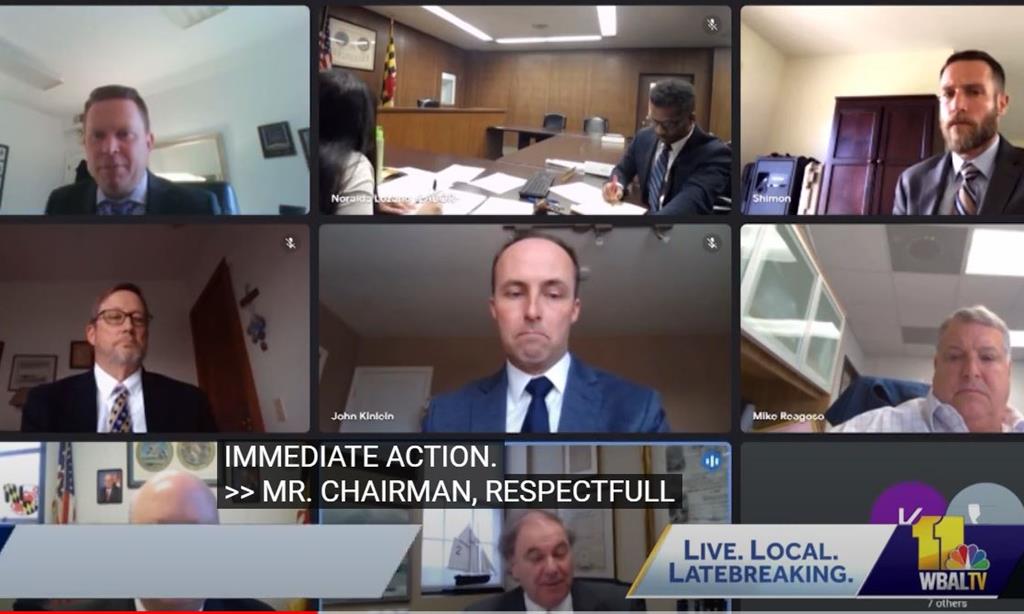 After a distracted pilot grounded the cargo ship Ever Forward in the Chesapeake Bay last March, the Maryland Pilotage Board passed a rule change prohibiting pilots from using their phones while on duty.

"The job of a state-licensed pilot requires absolute attention and focus on the job of safety piloting, navigating maneuvering, anchoring docking or undocking a vessel," board chairman Sandy Steeves told local media in a statement.

Maryland banned texting and driving in 2013, but it had still been technically legal to "text and pilot" merchant ships while in state waters. Last year, one pilot's ill-timed decision to use a phone put the containership Ever Forward aground on an oyster bank, where the vessel stayed for a month as salvors worked to free her.

Video: Maryland bans cellphone use by cargo ship pilots
The Association of Maryland Pilots and the Maryland Board of Pilots did not have cell phone policies at the time of the grounding. The U.S. Coast Guard does not have formal regulations on cell phone use, though it "strongly recommends vessel owners and operators to develop and implement effective operational policies."

Association of Maryland Pilots
What's your opinion on this?
Login or register to write comments and join the discussion!
Read more...

State regulators on Friday banned cargo ship pilots from using personal cellphones on Maryland waters. The Maryland Board of Pilots, which oversees cargo ship pilots, approved a rule change 10 months after, and in direct response to, the Ever Forward's weekslong grounding in the Chesapeake Bay. Instead of leading the team on the bridge of the Ever Forward, the pilot was on his phone for an hour, texting, sending emails and taking screenshots before running aground and getting stuck for 45...

The last pilot's trip of Vincent (Flemish pilotage). An unforgettable day provided by Vincent, his family and team 9. A trip from Vlissingen to the Zandvlietsluis on Saturday 18 September 2021.

The technical body will bring together the extensive technical expertise and professional knowledge of Canada's licensed maritime pilots.

Article A review of the ship’s pivot point: Science, Maths and Observation’ Where is the centre of a ship’s rotation?
57