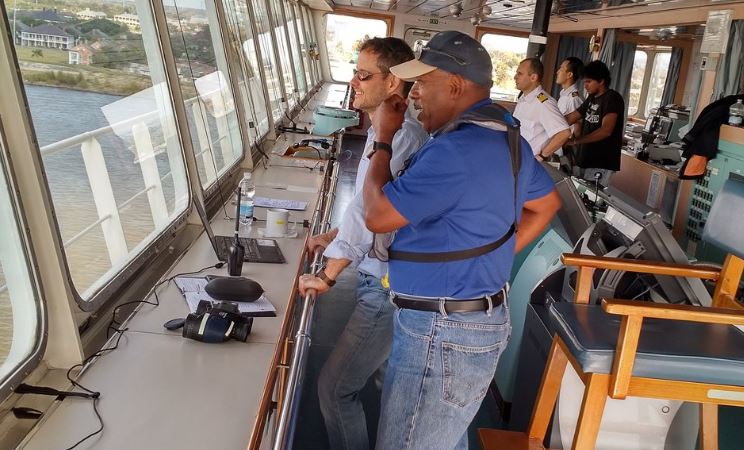 According to a report from the Maritime-Executive.com the Crescent River Port Pilots Association wants to raise the pilotage fee.

The union that represents the pilots that guide ships from the Gulf of Mexico along the Lower Mississippi River to New Orleans has filed a formal request for a 28 percent pay increase along with improvements in their working conditions. The more than 100-year-old Crescent River Port Pilots Association represents the 122 pilots who guide everything from cargo ships and tankers to cruise ships on the more than 100 miles upriver to New Orleans.

The Crescent River Port Pilots Association Inc., called CRPPA and based in Belle Chasse, is one of the most politically active trade associations in the state and it argues its pilots should be paid as much as the river pilots in charge of vessels going between New Orleans and Baton Rouge, as well as other shipping pilots at ports around the country.

According to documents obtained by The Advocate newspaper in Baton Rouge, Louisiana, the pilot’s union is petitioning the Louisiana Pilotage Fee Commission, which oversees pilotage on the rivers and set fees, for the wage increase along with an annual cost of living adjustment. The union also seeks to increase its membership to 150 pilots to manage increased traffic, stress, and fatigue. The newspaper reports that the average pilot’s annual wage is more than $525,000 and the union wants the average to increase to nearly $700,000 annually.

According to the Advocate newspaper report, the Lower Mississippi pilots earn as much as a quarter less than the pilots responsible for navigating the river between New Orleans and Baton Rouge. The union says that its members are entitled to wage parity with their colleagues, as they have the same experience and skills and work on an extremely challenging section of the river vital to commerce.
View documents on TheAdvocate.com

Discussion on the website
Crescent Pilots on their website discuss the challenges that their members face, citing the fact that they guide vessels of varying shapes and sizes, each with different handling characteristics. They say that piloting ships on the Mississippi River is always challenging, and additional factors like fog, thunderstorms, swift currents, and the volume of traffic add to the challenges of supervising a safe passage on the river. The river, the pilots say, is rated as one of the most difficult and treacherous routes in North America, requiring knowledge of the local currents, tides, shoals, aids-to-navigation, landmarks, and weather conditions. On average, Crescent Pilots say the members log over 16,000 turns and transport nearly 560 million tons of cargo on the Mississippi River each year.

According to the newspaper’s report, the commercial shippers as well as the cruise industry are all opposing the raise citing the current economic challenges. The Advocate quotes the head of the Chemical Association as reporting more than an eight percent decline in river traffic in 2019 and early indications of a further seven percent decline this year. The union counters citing its own numbers showing substantial increases over the past seven years. The state’s lieutenant governor however told the newspaper that he supports the pay increase as both reasonable and necessary.

In conjunction with the anniversary celebration, the Port has launched the “125 Years in 125 Seconds” video series. The videos will serve as an oral history of the Port featuring public officials, maritime partners, port workers and others to share the Port’s story from their perspective.

Safehaven Marine has signed a contract with the Port Authority of Montrose on the east coast of Scotland for the delivery of a 15m pilot boat Interceptor 48, scheduled for delivery in August 2022.

Container ship SHAHRAZ and bulk carrier SAMUDRA SAKTI I are reported to run aground in Singapore Strait south of St John Island at around 1900 UTC May 10, close to each other, while proceeding in the same direction, probably trying to avoid collision. As of 0700 UTC May 11, both ships remain in the same positions, coordinates don’t change. SHAHRAZ is en route from Port Klang to Yangshan China, SAMUDRA SAKTI I is en route from Belawan to Bayah, southwest Java.

Going Beyond Borders. The first oversized Kasko (120m x 40m) passed the Holtenau locks at Kiel on her way from the Neptun shipyard in Rostock to Meyer shipyard in Papenburg.
The planning and simulation study on this towage has been performed by NAUTITEC and KOTUG, with the great assistance of pilots and Kiel canal authorities on behalf of Meyer shipyard.
Produced by AVE-Solutions in order of Nautitec, Kotug and Bijma Sleepdiensten.