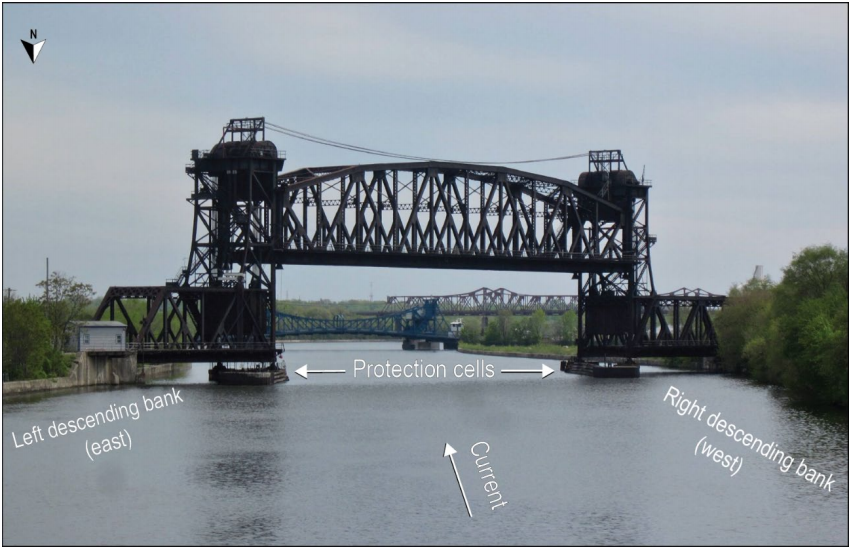 Text and Photos by NTSB

NTSB issued an investigation report on the contact of tow William C with a Rock Island railroad bridge protection cell, on Des Plaines River, in January 2020. The investigation established that high speed prevented the pilot to correct the tow’s position after completing the transit through the previous bridge.
At 0032 local time on January 1, 2020, the towing vessel William C was pushing a tow of six loaded hopper barges on the Des Plaines River, near Joliet, Illinois, when the tow’s two forward barges struck a protection cell for the Rock Island Railroad Bridge at mile 287.6. Several tow lines broke, and two barges sustained minor damage. The bridge ceased operations for 10 days, and damages to the bridge’s protection cell were estimated to be greater than $500,000. No injuries or pollution were reported.


Download full investigation report here
What's your opinion on this?
Login or register to write comments and join the discussion!
Read more...

Tour Scotland 4K Winter travel video of the Pilot Vessel SKUA returning to Hawes Pier below the Forth Railway Bridge on visit to South Queensferry near Edinburgh.

The U.S. National Transportation Safety Board (NTSB) has released a Marine Accident Brief about an accident that occurred in March 2019, involving the towing vessel Dixie Vandal, noting that the BNWAS alarm didn't prevent the fatigued pilot from falling asleep.

Meet the weather our HM Coastguard Humberside helicopter, RNLI - Humber Lifeboat Station and emergency tugs faced on Saturday when the Thea II grounded. The good news is that she refloated without any pollution reported and has now berthed safely into King George Docks, Hull where she awaits a visit from our MCA surveyors and the Marine Accident Investigation Branch #allsafe

A marine pilot who sadly died after a ‘fall from a pilot ladder’ in the Humber Estuary has now been named. Video credit: BBC Look North/BBC News Hub