Incident on 31 January 2020 : A rope of the pilot ladder breaks. Pilot could still reach the vessel 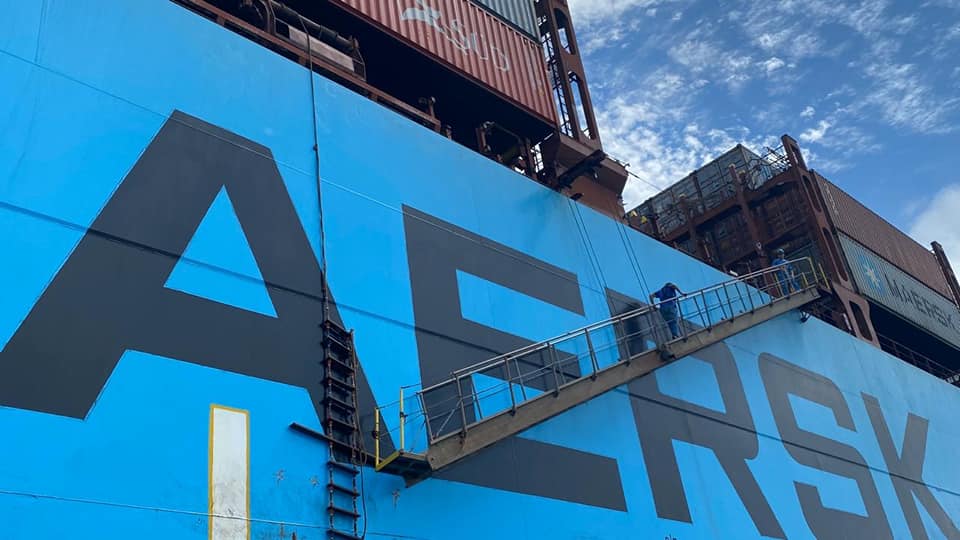 In Itajai (Brazil) on 31 January 2020 during boarding a rope of the pilot ladder broke. The first pilot still reached the vessel (on the photo he can be seen on the gangway), while the second pilot could no longer use the ladder.

Video of this incident


More pictures of the incident and discussions can be found in the Facebook group "#dangerousladders".
What's your opinion on this?
Login or register to write comments and join the discussion!
Read more...

The #ESAIL #microsatellite for tracking ships worldwide was launched. This is the first maritime satellite of its kind produced and assembled in Luxembourg. Hear from #Luxembourg Minister of the Economy Franz Fayot about this pioneering #ESA partnership project developed with #LuxSpace and #Exactearth.

"A performance assessment tool for maritime pilotage operations" - by Jørgen Ernstsen, Norway
When the ship is approaching or leaving a port, a local navigational expert, the pilot, is often provided for assisting the bridge team to safely and efficiently navigate the littoral waters.