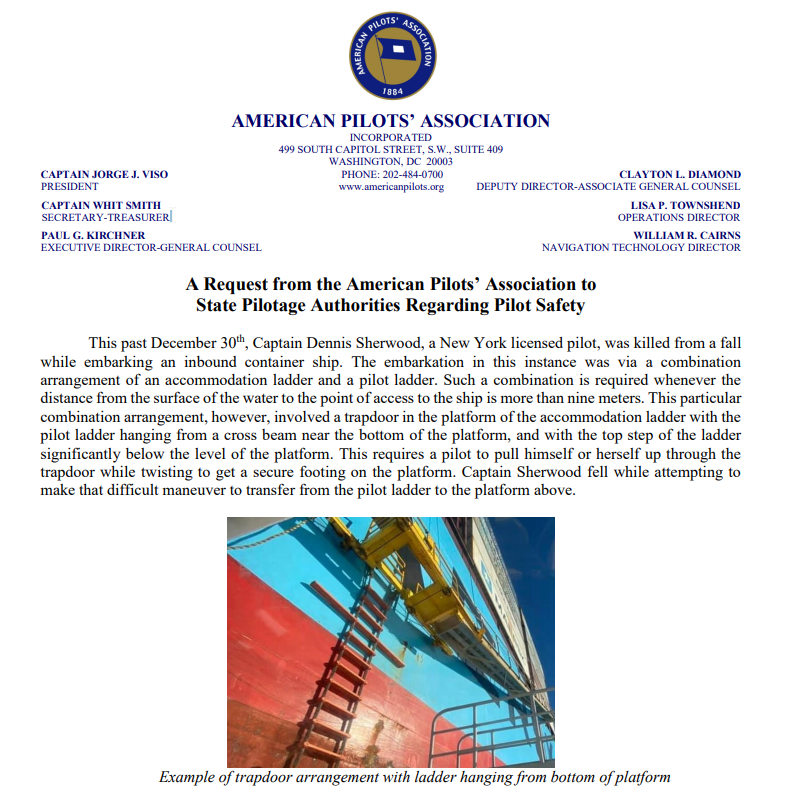 “This trapdoor arrangement is currently found on a number of ships with accommodation ladder-pilot ladder combinations, despite the facts that it has long been considered by pilots to be unsafe and that the IMO has recognized that it is unsafe by taking steps to eliminate it,” the APA states in the letter. “Since at least 1979, IMO guidelines have recommended that pilot ladders used with a trapdoor extend to the height of the platform’s handrail. The purpose of that recommended practice is to bring the ladder steps up to a level from which the pilot can step across to the platform rather than pull himself or herself up to it.”

Auch die Baustelle der neuen Schleuse ist zu sehen.
The construction site of the new lock can also be seen.
Pilotage Service in this Area by:

Opinion Column I keeping the Pilot safe (by Michael Grey)
212