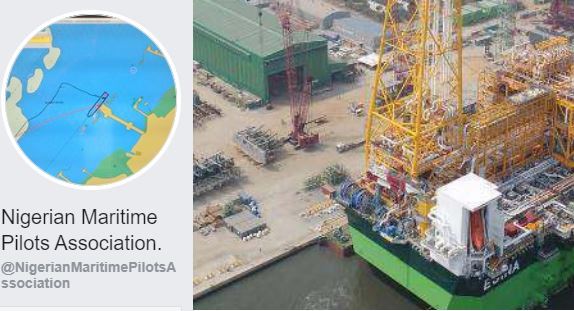 Footage allowances
are monies paid by shipping companies through the Port authorities of countries.

According to the group, many of their colleagues have died waiting for the footage payment to be effected, wondering how many more will die before the allowances are paid.

Spokesperson for the group, Kamal Inglis said
despite COVID-19, pilots are the first people to interface with vessels and their crew even before port health officials, noting that these pilots are not even protected against the Coronavirus in the course of their duties.

“These monies are paid by shipping companies but in custody of the Nigerian Ports Authority, who are supposed to pass these monies onto the pilots. There is no need to hold on to the money.
“The Footage allowances have been appropriated over the years and contained in the Condition of Service of the Nigerian Ports Authority under the Salaries and Allowances sub head.”

Under section 06.06 of the Condition of Service: Footage Allowance shall be payable to pilots at the applicable rate upon completion of the verification process. It was also gathered that at a point in time, pilots were not getting their dues until the current Managing Director of the agency assumed duty and ordered that the prevailing rates should be used in effecting the payment of pilots,” he said.

They also frowned at the staggered payment of pilots across ports formation in the country, saying this is the first time that the payment of footage allowance is becoming an issue, as past administrations have always paid the allowances with ease.

“This payment is included in the billing system of the NPA and these bills are processed and computerized by the tariff and billing department.”

Hadiza Bala Usman
Reacting to the development, an aide in the office of the Managing Director, Hadiza Bala Usman, who spoke on the condition of anonymity admitted the fact that the agency owed the pilots their footage allowances, adding that it had to stop the payment of the allowances because it detected a fraud in the payment process.

The aide also said that a committee has been set up to look into the fraudulent activities that marred the process before it was suspended.

Meanwhile, female members of the group have appealed to the NPA MD to look into the non payment of the allowances, saying their homes are greatly affected by the delay.
Original article by "The Sun Nigeria"

Nigerian Maritime Pilots Association
What's your opinion on this?
Login or register to write comments and join the discussion!
Read more...

Med Marine and IBK Ltd. signed a two-vessel contract for MED-P16 series last November for Nigerian Ports Authority’s operations in Lagos, Nigeria. A year after that, Nigerian Ports Authority takes the delivery of the two high- quality pilot boats. Both units have been despatched on a specialised transport vessel to Nigeria from Turkey.

Accident today: Not much is currently known but some details are avialable on the number of personnel on board and the operation and condistion of the vessel. A video by Sal Mercogliano.

On the night of January 1, 2019, MSC Zoe lost approximately 290 containers in heavy weather on the journey from Portugal to Bremerhaven. The loss of so many containers is an exceptional event and is the second largest known container loss of a ship due to heavy weather.

Have you ever wanted to watch a marine pilot in action? Last night, TasPorts was delighted to offer up for auction a pilot boat experience to support Cancer Council Tasmania's 25th Anniversary Gala in Launceston. A second experience will be offered at the Cancer Council Tasmania Gala in Hobart next month. Both events raise funds to support Tasmanians dealing with cancer through advocacy, prevention, support and research. This video was filmed in 2018 (pre-COVID), was broadcast at last...

Article Study: Managing the Attributes of Pilot Errors in the Process of Redevelopment of Marine Pilot Reliability Index MPRI)
40