Fewer ships and less pilotage: Kiel Canal suffers from corona crisis like many other waterways 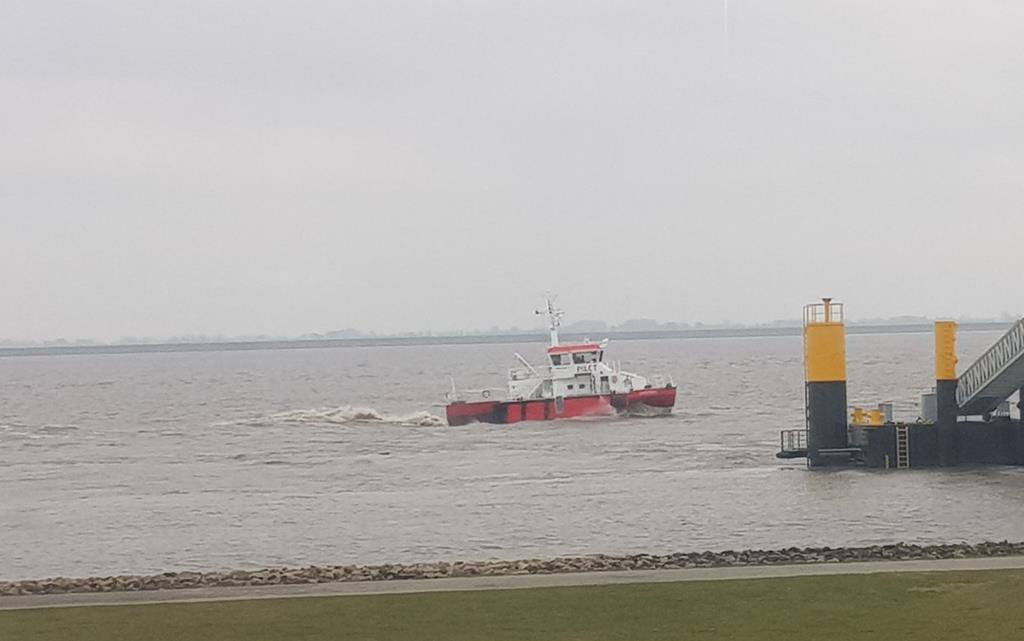 When the powerful tug bolides of the Kieler Schleppgesellschaft (SFK) lie unemployed on the quayside for days on end, this is an unmistakable sign for coastal residents: On the North Sea and Baltic Sea - but especially in the locks and on the German Kiel Canal (NOK) - there is little going on.

This has now been officially confirmed: Compared to the same month last year, around 25 percent fewer ships sailed the NOK in April 2020 - "only 1749 in total," says Claudia Thoma from the Water and Shipping Directorate in Kiel. In terms of cargo volumes, the authority registered only 5.01 million tonnes after 7.01 million tonnes in April 2019, a drop of 29 percent.

"The main factors for the currently declining traffic figures in the Kiel Canal are the corona-related decline in transshipment activity in the ports of the North Sea and Baltic Sea and the low bunker prices. This is leading to ships choosing the Skagen route."
Claudia Thoma

Matthias Probst as head of the pilot association is afraid that this decline is not yet over. "The first two weeks of May looked anything but good either." He doesn't want to rule out that the decline from last year will be as high as 40 percent.

Probst also points to low fuel costs and the decreasing time pressure that is causing shipowners to take the longer route around Denmark's northern tip. At the beginning of the year, a ton of heavy oil still costs 350 dollars, but at the moment the ships are paying just 100 dollars.

It is not only the price of oil
But according to Probst, the concern about an infection of the crew also keeps many ship owners from going through the canal with their ships. They want maximum lack of contact. Canal helmsmen, pilots, agents who enter the ship between Kiel and Brunsbüttel are considered a danger.

The massive decline in passages causes considerable financial losses for pilots. Although they are regarded as self-employed, their association has a status under public law - which is why they fall through all the grids of state emergency programs.

Claims on the German government
Jens Broder Knudsen, chairman of the Kiel-Canal initiative, recently wrote a letter to the Federal Ministry of Transport calling for a reduction in the charges for using the canal to make the waterway more attractive. In view of the billions invested in widening the canal and building new locks, the temporary waiver of navigation fees will not make a difference either, experts say.

Lotsenbrüderschaft NOK I
What's your opinion on this?
Login or register to write comments and join the discussion!
Read more...

Poseidon Sea Pilots, which will start operating in the Port of Brisbane in January, will be based at Mooloolaba, Redcliffe and Brisbane.

Image video: The Australasian Marine Pilots Institute (“AMPI”) is the professional body representing marine pilots throughout Australasia. It assists in the setting of standards, safety management and provides support and guidance with ongoing professional development.

The pilot leaps to his boat accompanied by claps and exclamations of; "Bravo!".