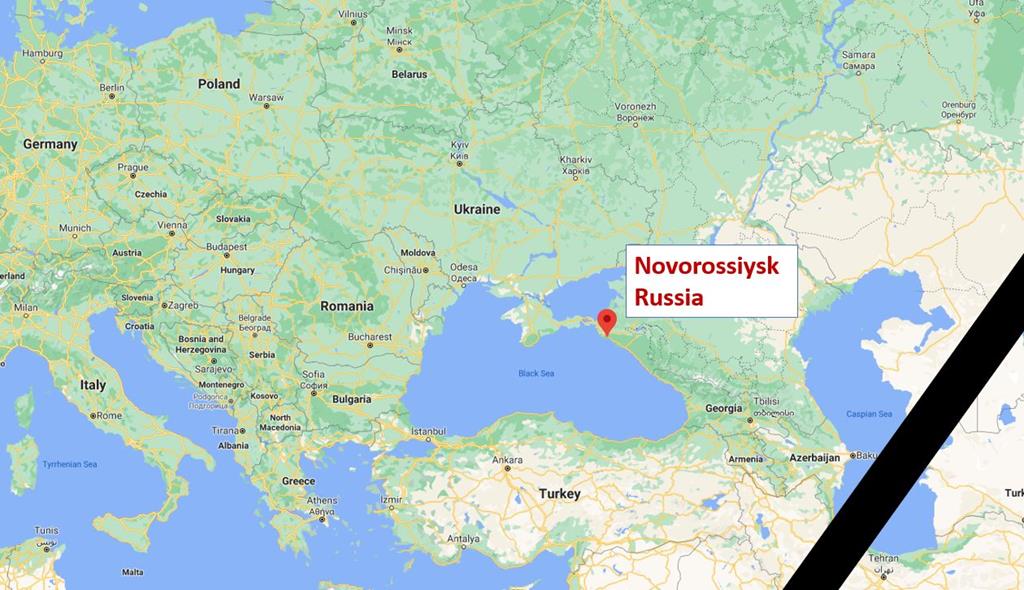 In Novorossiysk (Russia, Black Sea), a marine pilot died during a pilot transfer and an investigation has been launched. The incident occurred on the evening of 14 March at about 21:40 (Moscow time).

The 61-years-old marine pilot died while disembarking an outgoing bulk carrier MARIA GS in the area of the entry buoys. He fell into the water from the pilot ladder, was raised from the water already in an unconscious state, doctors stated the death.

There is no additional official information.

Our editorial team is always grateful for further information on the incident. Please just comment or send us an email to info@marine-pilots.com. We will publish new information immediately and update the article.

A similar tragedy happened 2 years ago in the port of Tuapse (Russia, Black Sea). The transport prosecutor's office opened a criminal case on "violation of labor protection requirements." According to the investigation, the pilot fell overboard while transferring from the tanker to the tugboat after the completion of the pilotage of the tanker from the seaport area. The man drowned.
Original Source ("newkuban.ru" - Russia)

Login or register to write comments and join the discussion!
IT
Ivan Tikhonov Czech Republic
Additional information:
the official version - the pilot himself fell off the pilot ladder from the last step, the cause of death - heart failure.
the alternative version - the pilot fell off the ladder in unfavourable weather conditions (waves of more than 2 meters) due to unqualified actions of the ship's captain (who did not protect the disembarking side from wind and waves) and the pilot boat's captain (who did not prohibit the boarding of the pilot in unsafe conditions), as well as - the inexperience of the pilot, who did not require the fulfilment of obligations for the safe transfer of the pilot... as a rule, the vessel must make circulation to protect the "inner side" due to the drift of the vessel; many years ago (when the pilot company was private) Novorossiysk pilots went on a voyage (as passengers) to the Bosphorus if they could not disembark to the pilot boat.
0
Read more...

Jacobsen Pilot Service and Los Angeles Pilot Station published a notice to all ships to inspect pilot ladders before the pilot boards.

Reason is an incident happened at the port of long beach in July 2020. Pilot ladder rope broke while the pilot was on the ladder - luckily the pilot was able to hold on.

9 December 2019 - 'APL Mexico City' hits adrift and rams port crane in Antwerp.
Author of these images is unknown, they circulate freely on social media.
Should an author identify with these images and have any objections, they will be removed upon simple request to Flows.be.