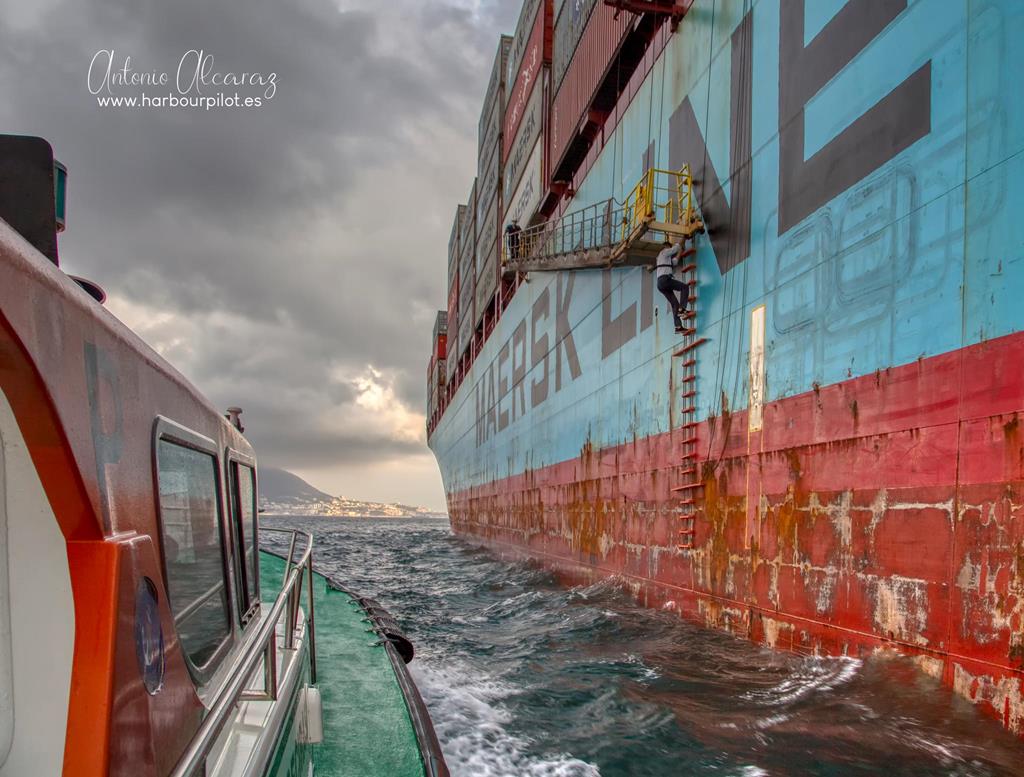 There were some astonishing pictures in the press some weeks ago of a Royal Marine employing a jetpack to launch himself from a RIB to land on the deck of a ship with extraordinary precision. You cannot imagine that it would be a feasible proposition to equip pilots with such a device, but it did cross my mind after reading a horrible catalogue of disgraceful seamanship and poor design exhibited in what ought to be the simple matter of keeping pilots safe as they board and leave ships.

These awful examples formed a sizeable section in the Annual Digest of the Confidential Human factors Incident Reporting Programme – CHIRP Maritime – which is well worth closer examination. If you are even slightly concerned with maritime safety, and the interface between people and ships, then this publication (www.chirpmaritime.org) ought to be compulsory reading.

It ought not to be rocket science (sorry, that jetpack intruded again) to be able to provide safe access to and from ships at sea, but sadly a combination of idiotic short cuts, sloppy seamanship and people designing ships without the foggiest notion of the need for safe pilot access, has combined to make this a problem which just will not go away. Pilots are being killed and injured and frightened half to death on their way to and from work, which is pretty disgraceful when you think about it.

There is no shortage of regulations governing the use of pilot ladders, but the CHIRP articles provide terrible examples of either ignorance of them, or their wilful neglect. There are instances of ladders being damaged, affixed to the ship in all sorts of daft and dangerous ways and allowed to deteriorate to such a stage that they will simply give way. Perhaps worse still, there are examples of obviously illegal and non-compliant arrangements that have not been put in place by stupid crew, but designed into a ship from new in such a fashion. There are, for instance, “impossible” arrangements on ships where there are bulges or belting, which, as well as making boarding jolly dangerous to the pilot, could damage a pilot boat if the ship rolls when the boat is alongside.

Curiously, some of the worst cases seem to involve big, high-sided vessels where a combination of pilot ladder and accommodation ladder must be used, and the pilot must safely switch from one to the other on the ascent or descent. CHIRP reports on some notably cack-handed arrangements involving trapdoors in the gangway platform, such as pilot ladders being suspended from the bottom of the accommodation ladder rather than the ship itself. Several seem to assume that the pilot will have the characteristics of an Olympic gymnast as he swarms up the side.

The pity is that for some years now, there has been a concerted campaign to inform owners and managers, ship operators and seafarers about the “rights and wrongs” of pilot boarding arrangements, with information, posters and advice. Pilots themselves have been encouraged to make it clear that they will not take ships that have unsafe arrangements and good employers are backing them all the way. So there are serious cost implications for the non-compliant if the pilot declines to take the ship.

One of the real problems is that the pilot meeting a ship at sea has to actually get on the ladder before it is realised that the arrangements are fundamentally unsafe. On one “near miss” reported, he had managed three steps only, before the rotten ropes gave way. One of the more gratuitous examples of poor seamanship illustrated by CHIRP was when the pilot reached the top of the ladder, to find it had been “secured” by two very heavy sailors standing on the side ropes. The master of the ship was outraged, but sadly, not at his dim sailors, but at the pilot, for complaining.

You might argue that those ports where there are helicopters employed to ship and land the pilots value their safety rather more, although there is no reason why properly secured and  compliant traditional arrangements are not adequate. If you are looking for a rather special system you might consider what they do in the Gulf of Bothnia during winter, where the icebreakers, employed as rather posh pilot boats, use a “cherry picker” mounted on the bow to safely transport the pilot between ships. Jet packs are for the future.

An overview of the work that has been done to enable larger ships to call at Lyttelton, New Zealand.

In the video shared, made by the Coast Guard communication department during the training days held at the Decimomannu and Pescara bases, some of the phases of the training, such as take-off-departure and 'winching' the pilot on board, are illustrated in sequence.