Civitavecchia, the guild of pilots celebrates its 150th anniversary 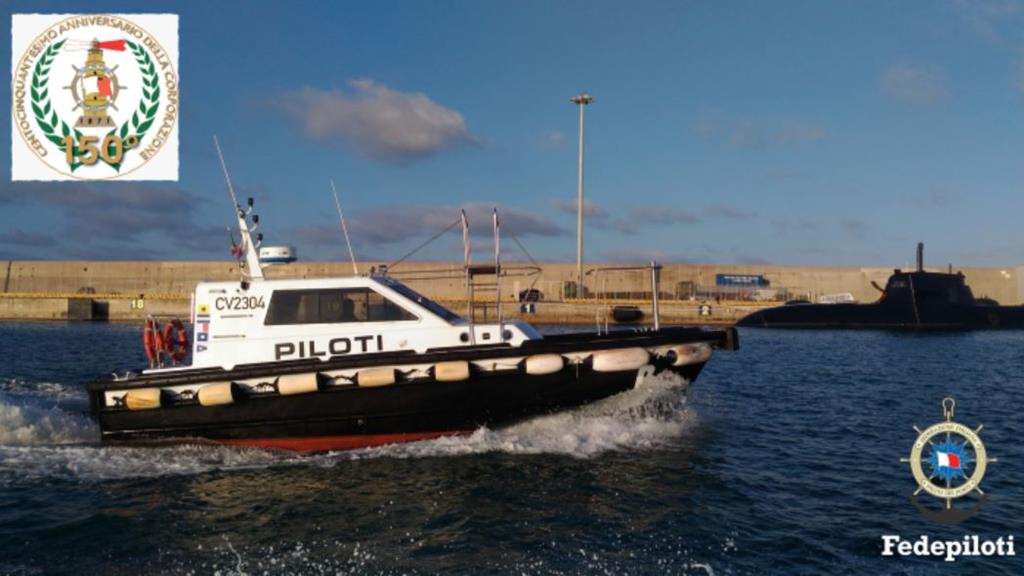 The Civitavecchia Port Pilots' Guild is 150 years old. It was in fact 25 June 1871 when King Vittorio Emanuele II of Italy, by Royal Decree 345, established a Pilot Corps in the port of Civitavecchia (60 kilometres north of Rome), with a staff of seven, including the chief pilot. Since then, the port of Latium, built around 106 A.D. by the Roman Emperor Trajan under the name of Centumcellae, has become Italy's third largest tourist port in terms of importance and number of passengers in transit, with almost 4.5 million.

On 14 June 2021 the Port Commander, CV (CP) Francesco Tomas, confirmed chief pilot Michele Scotto Lavina at the helm of the corporation. For Scotto, an active pilot in Civitavecchia since 1998, this is his third term as chief pilot. Due to the restrictions caused by the Covid-19 pandemic, the guild of pilots of the port of Civitavecchia will not be able to celebrate this important anniversary publicly and with a dedicated event. As soon as possible, and with ample notice, the day and programme of the official event created for the guild's 150th anniversary will be announced.
Original Article by "Informazioni Marittime" (Italy)
What's your opinion on this?
Login or register to write comments and join the discussion!
Read more...

With the theme, "The Next Wave – Navigating Towards the Digital Future, the 12th biennial Congress will be delivered virtually from 5 - 10 October, 2020.

Have a look inside Flinders Ports, the gateway of trade to South Australia. Pilotage operations have become much more complex, with more and larger ships coming in. With Pilot Control Flinders Ports streamline their pilotage operations – saving them time, raising operating efficiency and ensuring safety as changes can be managed at their fingertips. Visit our homepage: https://goo.gl/bWJr3i Follow Saab on Facebook: https://www.facebook.com/saabtechnologies/ Follow Saab on Twitter: https://...

The Finnish special vessel "Meri" collided with Holtenau High Bridge (Holtenauer Hochbrücke) over the Kiel Canal early on 30 Nov 2022 morning at around 4.37 am.

The San Francisco Bar Pilots are one of the important cogs in our supply chain wheel. They are tasked with boarding the vessels eleven miles west of the Golden Gate Bridge via a rope ladder often in rough seas and taking control of the vessels en route to the Port of Stockton. Once on the bridge of the ship, the Pilot oversees navigation and ensures the safe passage of ships into the Bay and through the Delta until it is secured alongside its berth at the Port. Without these Pilots the...

Kewatec Pilot 1820 is the flagship in the pilot boat fleet of the Kewatec AluBoat shipyard. It is designed for the Atlantic coast of Norway, where there are many in use.

Opinion What is a Tug's Bollard Pull and How İt is Calculated?
205