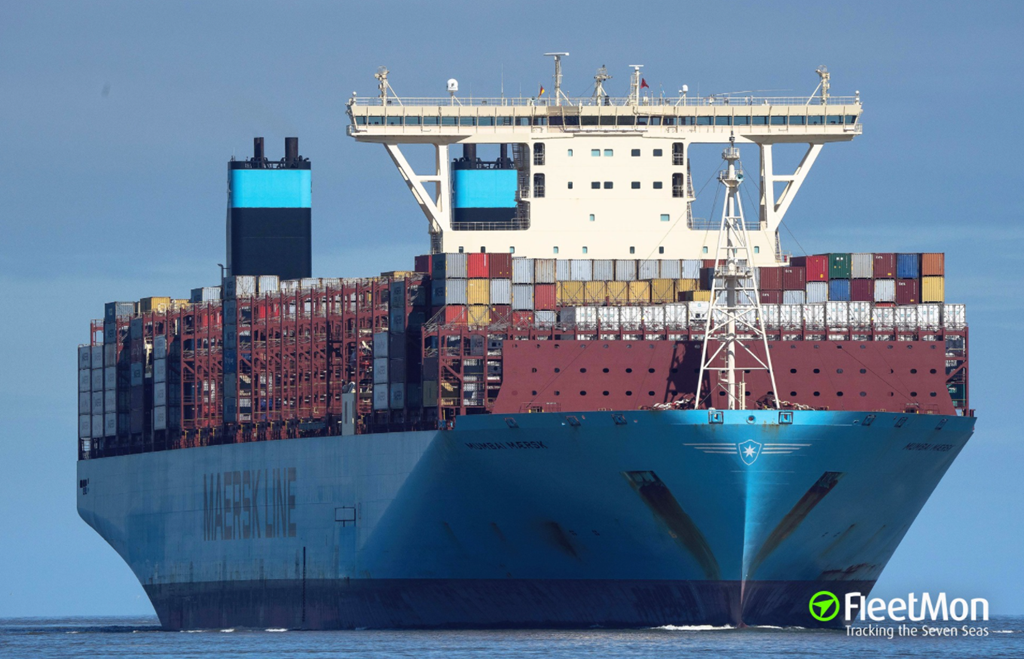 A container ship about 400 metres long ran aground off the island of Wangerooge on Thursday night. According to the Control Command for Maritime Emergencies, the ship was the "Mumbai Maersk", which sails under the Danish flag and was on its way from Rotterdam to Bremerhaven. Several tugs and multi-purpose vessels were sent to the shipwrecked vessel during the night. In addition, a team of specially trained crew members had been brought on board.

However, a first attempt to bring the container ship back into deeper waters failed, a speaker of the Control Command for Maritime Emergencies announced. Now the next steps are being coordinated with the shipping company. Among other things, more powerful tugs are to be sent to the ship.
What's your opinion on this?
Login or register to write comments and join the discussion!
Read more...

Article Update on the Mumbai Maersk accident off Wangerooge (Germany)

High water is necessary for salvage - 1 p.m. is the earliest possible start for the next salvage attempt of the 400-metre-long vessel.

Video Accident off Wangerooge - container ship runs aground (in German)

The 400-metre-long container giant "Mumbai Maersk" has run aground in the North Sea tidal flats and must be towed free. The Central Command for Maritime Emergencies was basing its hopes on the high tide at around two o'clock in the morning of Friday night. The night before, an attempt to tow the freighter free had failed. The high water on Thursday afternoon was also too low. In addition, more powerful tugs are still needed.

Graham Grant, the Port of Cromarty Firth’s Marine Support Manager, has been appointed to the National Council of the UK Harbour Masters’ Association (UKHMA).